WWII Lab opened a daycare to have "womanpower" on staff. 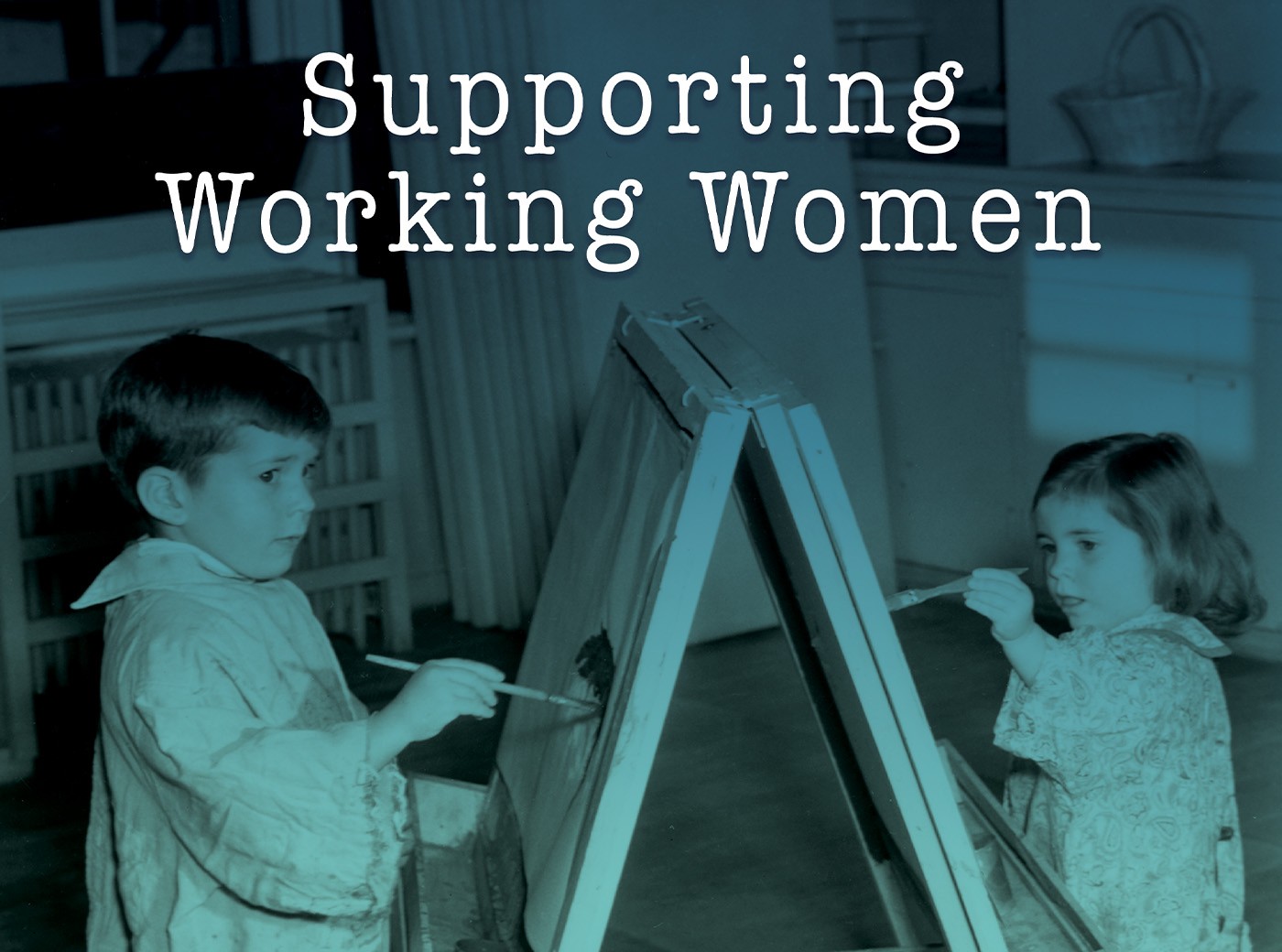 It was June of 1943 and Kay (pictured in her lab badge photo) traveled from Chicago by train with a toddler and a newborn to meet her husband in New Mexico. A physicist, John Manley had been recruited to work at the top-secret laboratory in Los Alamos, which was part of the U.S. Governments Manhattan project to build the atomic bomb and help end World War II.

After her arrival in Los Alamos, Kay  well-educated, highly skilled, and with professional experience  was recruited, too.

"[t]hey were encouraging all the wives to work who could possibly work," she recalled in an oral history interview nearly 50 years later.

The Los Alamos Laboratory had been established almost overnight as the death toll from the worlds bloodiest conflict mounted and the United States feared Nazi Germany's own nuclear weapons development.

Rather than recruit even more personnel who would require already scarce housing, Manhattan Project leader General Leslie Groves wanted the wives living in the secret city to join the Lab's payroll.

Motivated by patriotism and likely cognizant of a chance at careers from which they had previously been excluded, many women were eager to accept the jobs. However, Kay and other would-be working mothers still faced at least one very significant obstacle to joining their husbands at the Lab.

"Then as now," said authors Ruth H. Howes and Caroline L. Herzenberg in Their Day in the Sun, "child care presented problems for working women."

In his memoir, Groves noted: "Some of the wives were scientists in their own right, and they, of course, were in great demand, but with labor at a premium we could put
to good use everyone we could get, whether as secretariesor as technical assistants or as teachers ..."

The Lab's librarian and only female group leader of the Manhattan Project, Charlotte Serber, wrote in her personal accounts, "For the potential working wife, there was one
chief worry ... Would her children become delinquents?"

To address the need for child care and perhaps further incentivize women, Groves approved a partially government-funded nursery. "[T]he obvious and sufficient justification is the release of womanpower, which the [nursery] school makes possible," according to a 1943 financial report (pictured below).

Father of the Atomic Bomb and Two Kids

The nursery school opened in June 1943 for 2- to 5-year-old children. According to a Manhattan Project report, it was staffed by a director, four teachers, a cook, a maid, and a janitor. The facility had the capacity for as many as 40 children. Parents paid a monthly rate of about $12.50 per child, which, adjusted for inflation, is about $200 today.

In addition to Kay and John Manley, the roster of parents names also included lab director and physicist J. Robert Oppenheimer, whose son Peter would have been almost 3 years old. In a rare audio interview from 1965, Oppenheimer talks about taking Peter to nursery school on his way to work at the lab. Oppenheimer and his wife also had a baby girl named Katherine after her mother, but called Toni. She was born in Los Alamos.

For younger children, "maids were provided for child care, and the variety of talent the wives possessed was put to good use," according to Their Day in the Sun. Older children attended school in town.

Women worked in nearly every aspect of the labs creation of the atomic bomb. By August 1945, more than 600 women supported the wartime laboratory, said Ellen Mcgehee, lab historian. Population figures for the entire town In late 1945 have been estimated at 8,200, which includes the entire workforce, such as lab staff, military personnel, and construction and townsite workers, as well as their family members.

Included in the small percentage of working women was of course Kay Manley. With child care, "it was possible to work. So, I worked in one of the statisticians groups," Kay said in
her oral history interview.

Known as a "human computer," her calculations contributed to the success of the Trinity test, the first-ever detonation of an atomic bomb, said Nicholas Lewis, NSRC historian. Simulation data aided the design and development choices made by the labs scientific and engineering staff for the Trinity device, along with the multitude of other decisions that helped guide Lab scientists throughout the war, he said.

It is unclear when the nursery school closed (Los Alamos national laboratory does not have an on-site day care center today), but oversight of the facility was transferred
to the atomic energy commission in 1947, along with the Lab's other entities.

“The Manhattan Project offered talented women the opportunities to pursue careers at the forefront of scientific research,” Howe and Herzenberg wrote. “They were encouraged to enter occupations and develop skills that had been considered distinctly unfeminine, and the encouragement extended to science. Women rose to the challenge.”

McGehee agrees with this assessment.

“These women who were a part of the Lab’s earliest workforce are role models for the women who have followed them,” McGehee said. “Myself included.”  🔎