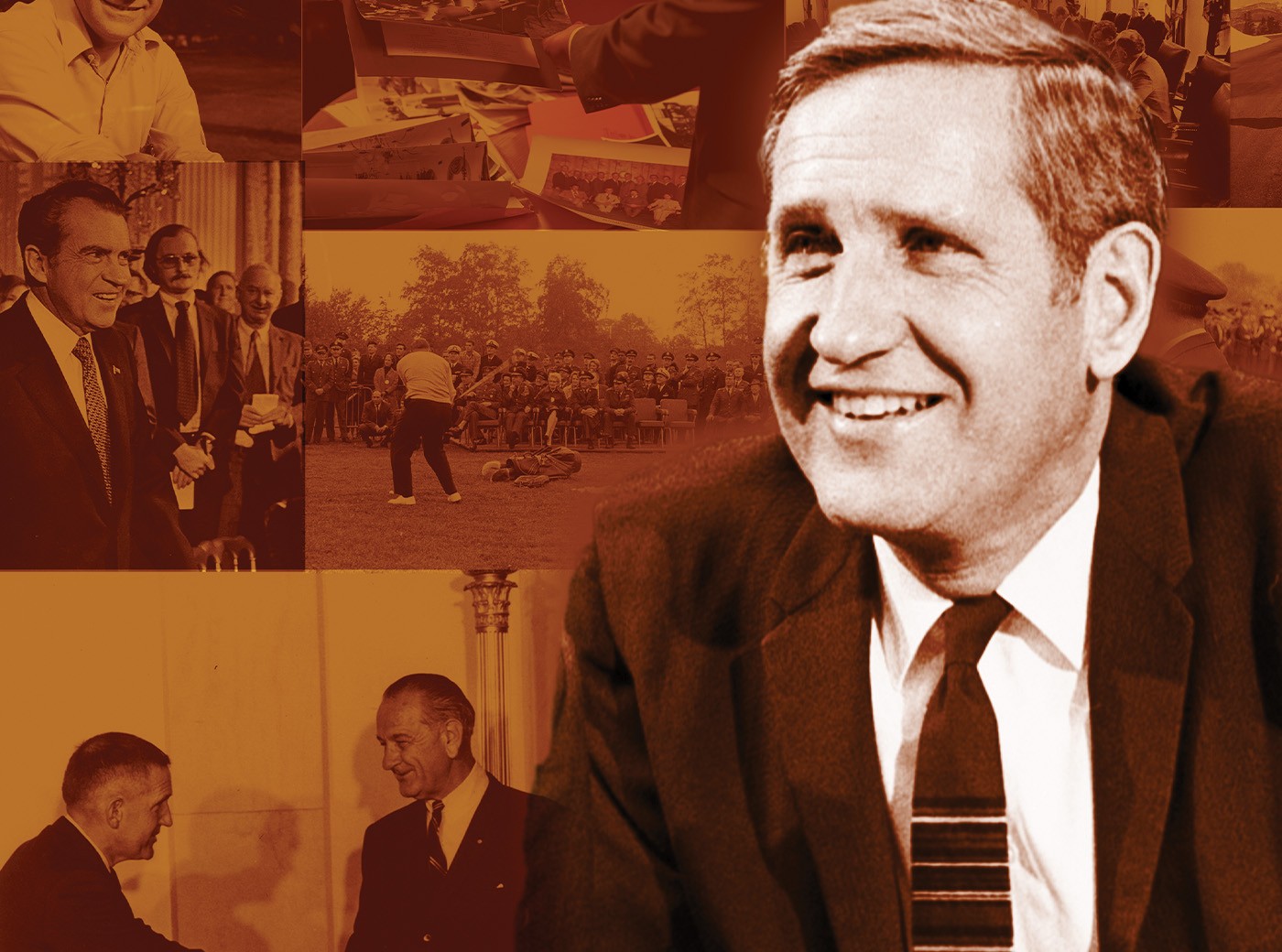 Harold Agnew was at the helm from 1970 – 1979, though his career here began when he was still just in his 20s. A scientist, Harold worked on the top-secret Los Alamos project to build the first atomic bombs.

Through the years, it was his sense of humor and scientific prowess that made him legendary and beloved. In fact, he enjoyed an honor typically reserved for only the most-adored pop stars and Brazilian footballers. He was known by just one name: Harold.

Harold died in 2013, though his remarkable life of service is now further documented in the collections of the Lab’s National Security Research Center (NSRC).

Harold’s son, John, recently donated to the NSRC hundreds of images and about 15 documents that belonged to his dad. The contents are nothing short of remarkable, one-of-a-kind, and, in some cases, hilarious.

Harold was on the team that produced the world’s first self-sustaining nuclear chain reaction, he filmed from an aircraft the rising mushroom cloud after the release of Little Boy on Hiroshima, and he was present for Ivy Mike, the world’s first full-scale test of a thermonuclear device (H-bomb).

Now a part of the NSRC, Harold’s images and documents from his remarkable career demonstrate he was not only a witness to history, but most certainly a maker of it.  🔎

Listen to some of Harold Agnew’s best stories. ❯