Lab's first drivers faced their own commuting challenges decades ago. 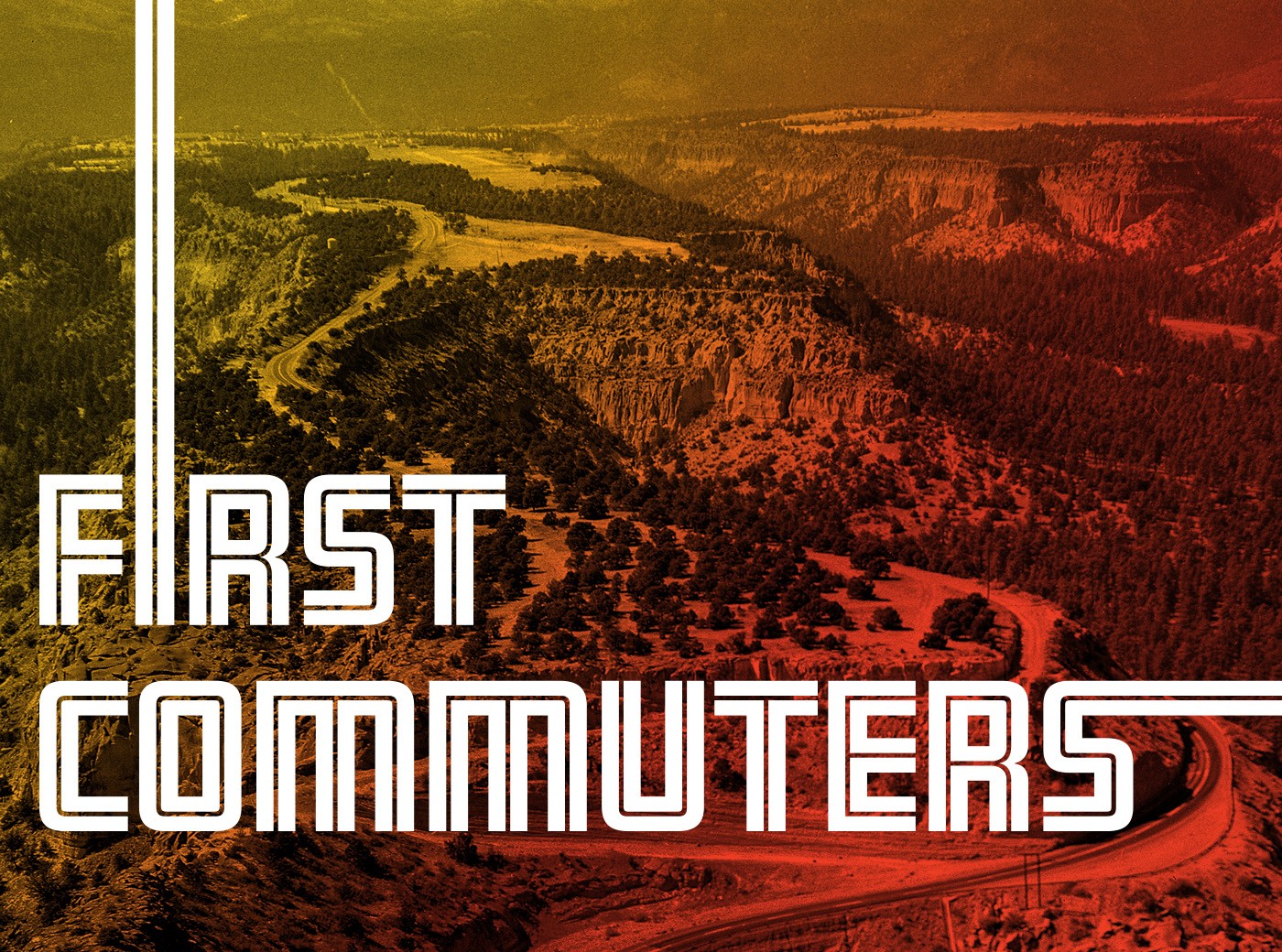 In the Lab's earliest years, drivers worried about getting stuck in the mud, navigating intense switchbacks, or making sure important equipment, such as a disassembled power plant, didn't fall off the back of the truck that was hauling it. Creative solutions could go a long way to get out of a jam.

As many of us return onsite and get reacquainted with commuting following a work-from-home posture during COVID pandemic restrictions, we're looking back at how transportation has changed since the Manhattan Project, which was the U. S. government's top-secret effort to create atomic bombs to help end World War II.

Power plant falls off the hill

"...One of the workers erected a tent on this steep slope to cover the damaged head of the cylinder block so they could weld it."

Elmo Morgan, who was the coordinator for the construction of the Los Alamos Lab in the early 1940s, needed to meet the growing demand for electricity with an additional source of power.

As such, an out-of-state generating power plant was disassembled, placed on a truck, and taken on its journey up the hill. Early on, the roads were primitive with severe switchbacks. During a turn, the load tipped and the power plant fell off the truck and down the hill, cracking the head of the cylinder block

In an oral history interview, Morgan described what happened next:

"We're now in winter and Los Alamos is around 7,000 feet in elevation. It was on the slope and there was snow on the ground. One of the workers erected a tent on this steep slope to cover the damaged head of the cylinder block so they could weld it. They didn't dare move it, for fear it would crack even more — maybe break in two. We got it back up to the road and on the trucks, there to its final site."

Lt. Edward Wilder Jr. came to the Lab to work with explosives during the Manhattan Project. Many of the streets were unpaved and frequently muddy— the facilities and the town were hastily constructed after Los Alamos was chosen as the location for the secret lab.

In the book Manhattan District History, Non Scientific Aspects of Los Alamos Project Y, 1942 through 1946, Wilder recounted the time when Manhattan Project leader General Leslie Groves went for a drive with George Kistiakowsky, who was head of the Explosives Division and wasn't happy with the state of roads.

"Most of the roads were gravel, some very rough. Once when General Groves visited Los Alamos, Kistiakowsky took him to S Site (where explosives work was done) in a jeep that had the springs made inoperative by wooden blocks under them. As a result of that trip, the roads over which HE [high explosives] was moved were improved. "

After the wartime mission ended with the detonation of the Fat Man and Little Boy weapons over Japan, the Lab's national security mission would continue and the development of more permanent infrastructure began.

In the 1950s, the Lab's main technical area in downtown Los Alamos was relocated across a canyon to the mesa south of town. The four-lane steel-arch Omega Bridge was completed on August 20, 1951 to carry north- and south-bound traffic over the canyon between downtown Los Alamos and the Lab. 🔎