A Weapons Program secretary steadily collected documents for 40 years. Today the collection, which bears her name, is used by scientists, engineers, and researchers. 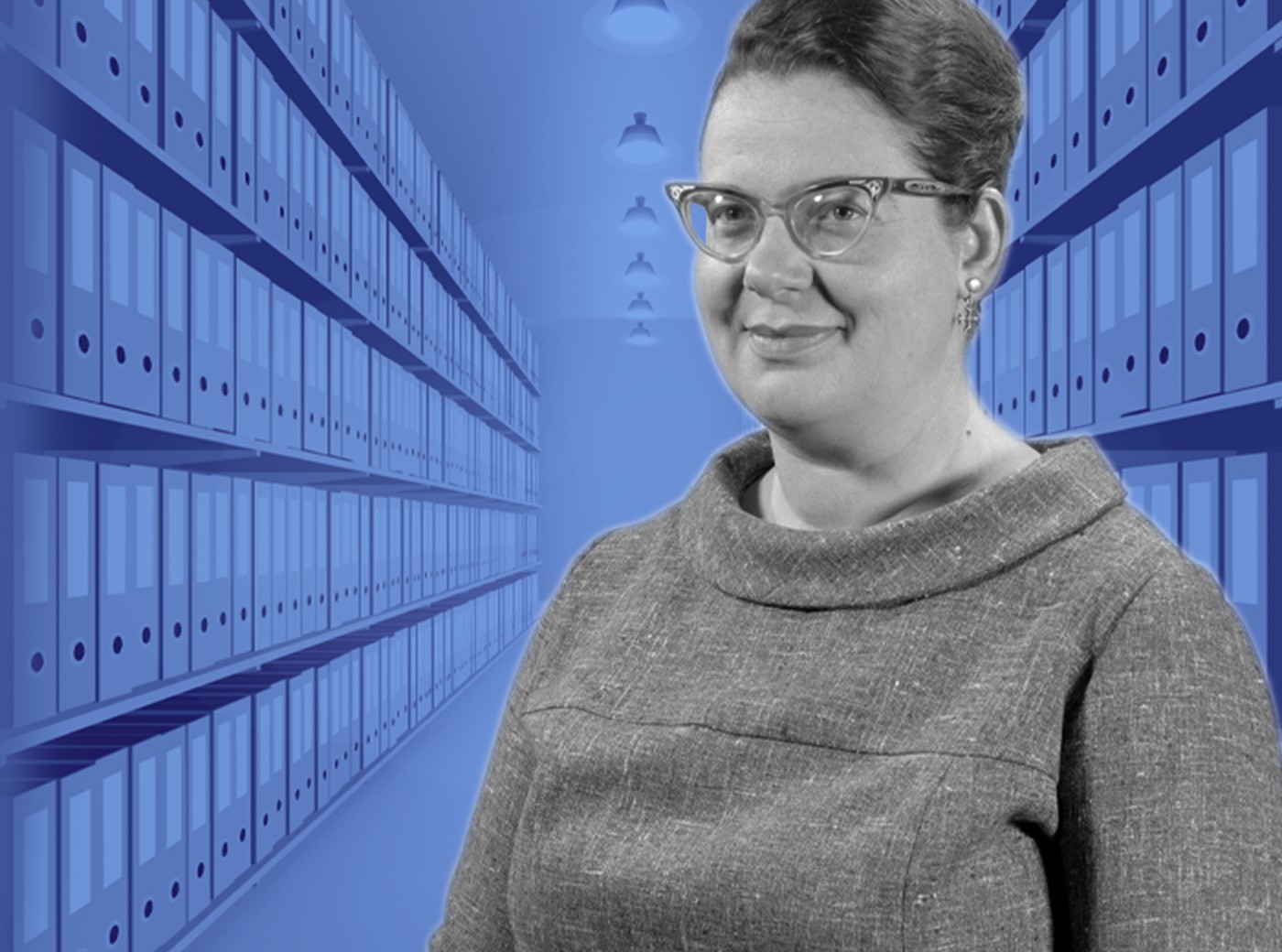 Wellnitz began working at the Lab a couple years after the end of World War II. The original mission to create the first nuclear weapons had been fulfilled, so the Lab was then charged with safeguarding our national security as countries raced to develop their own weapons.

To ensure that data remained accessible, and on her own initiative, Wellnitz created shot folders of information on early nuclear tests. As the Lab performed more and more tests, Wellnitz’s collection of shot folders grew substantially through the years, said Alan Carr, Senior Historian in the National Security Research Center (NSRC).

“Beverly didn’t actually have formal technical training, but she learned a considerable amount of physics over the years,” Carr said. “She recognized the importance of the records she maintained.”

From 1947 until her retirement in 1987, Wellnitz amassed hundreds of thousands of materials, aptly referred to as the Wellnitz Collection, said Michael Bernardin, Laboratory Associate and retired Associate Lab Director for Weapons Physics.

“Beverly meticulously processed and cataloged all the trackable classified documents passing across her desk during her tenure at the Lab, eventually setting up an elaborate filing system, which is today’s Wellnitz Collection,” he said.

More materials have been added to the collection through the years and in 2006, 14 years after Wellnitz’s death, the Weapons Data Vault was renamed the Wellnitz Center in her honor, Bernardin said.

"Over time, the shot folders became one of the most valued classifiedcollections at the Laboratory.”— Michael Bernardin, LANL Associate and retired Associate Lab Director for Weapons Physics

What is the Wellnitz Center?

The Wellnitz Center is located within the NSRC, which is in the Lab’s National Security Sciences Building. There, a staff of highly trained, specialized librarians and archivists curate the mostly-classified collections and assist researchers in accessing them. A significant portion of the Wellnitz Collection is also available electronically via the Lab’s Online Vault.

Who was Beverly Wellnitz?

Wellnitz was born on July 2, 1928, in Mitchell, South Dakota. She arrived in Los Alamos in 1947, according to her death notice. At the time of her retirement in 1987, she was the longest employed woman at the Lab.

Outside of work, Wellnitz enjoyed pistol competitions, needlepoint, photography, fishing, and cooking. She and her husband Robert Wellnitz, who preceeded her in death in 1986, were founding members of the Los Alamos Geological Society. Robert also was employed at the Lab in various areas, ultimately working in the audio and video group.

Though smaller collections are descriptively named after their primary authors, the Wellnitz Collection is the only one in the NSRC named after a person for honorary purposes.