Tuning in to the future 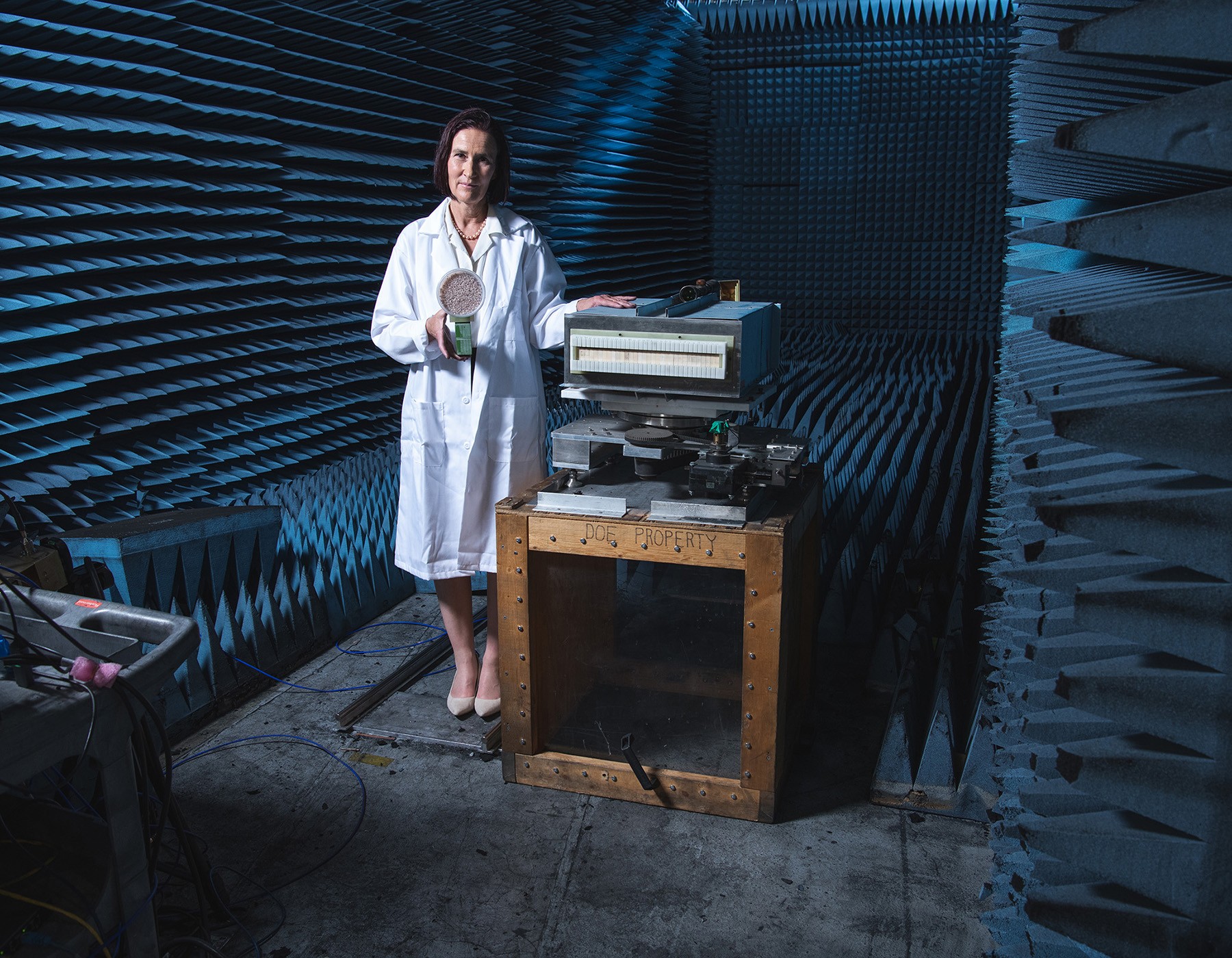 With the rise of modern wireless communications systems, telecommunications clutter poses a significant problem. Wireless devices, from internet routers to cellular towers, even toys, appliances, and cameras, are competing for limited space to transmit and receive data. Decreased connectivity—in other words, slow or even nonexistent internet connections—are often the result.

Only a new paradigm in antenna technology can keep pace with the endless proliferation of wireless devices. Researchers at Los Alamos National Laboratory have developed LightSlingers, a leap forward in antenna design that promises to simultaneously declutter and secure the airwaves.

“Our hope is that LightSlingers will, in the near future, replace outdated antenna technology around the globe,” says Andrea Schmidt, who developed the technology with John Singleton.

In the past, every antenna since the discovery of radio used, in one form or another, the same basic technology. For years, this approach was sufficient, though not without drawbacks. As connectivity came to define modern life, frequency bands became overloaded, and as devices grew in complexity, manufacture of their fragile parts moved overseas.

LightSlingers are a novel type of directional broadband antenna that offer better efficiency, bandwidth, and security than traditional antennas or phased arrays, all in a sturdier package with far fewer components. Further, they have no geometry requirements—a LightSlinger antenna can be any shape and molded into any device. LightSlingers can be constructed as at panels, cylinders, or disks that are uniquely optimized to particular situations and applications. For example, they could form part of ceramic armor applied to a tank or unmanned ground vehicle.

These new antennas work by “slinging” tightly focused electromagnetic wave packets with precision toward a target location. Unlike conventional antennas, they use polarization currents, animated to faster-than-light speeds, as their emission mechanism. Sturdy, small, and versatile, they are potentially advantageous for warfighter communications and radar applications.

Several prototype LightSlingers have been tested in lab environments and in the field over distances of up to 76 kilometers. Three of them also were independently validated by a U.S. telecommunications company.

Los Alamos is now looking to transition the antennas to commercial prototypes that can be field tested and mass-produced using additive manufacturing and robotic processing. ★