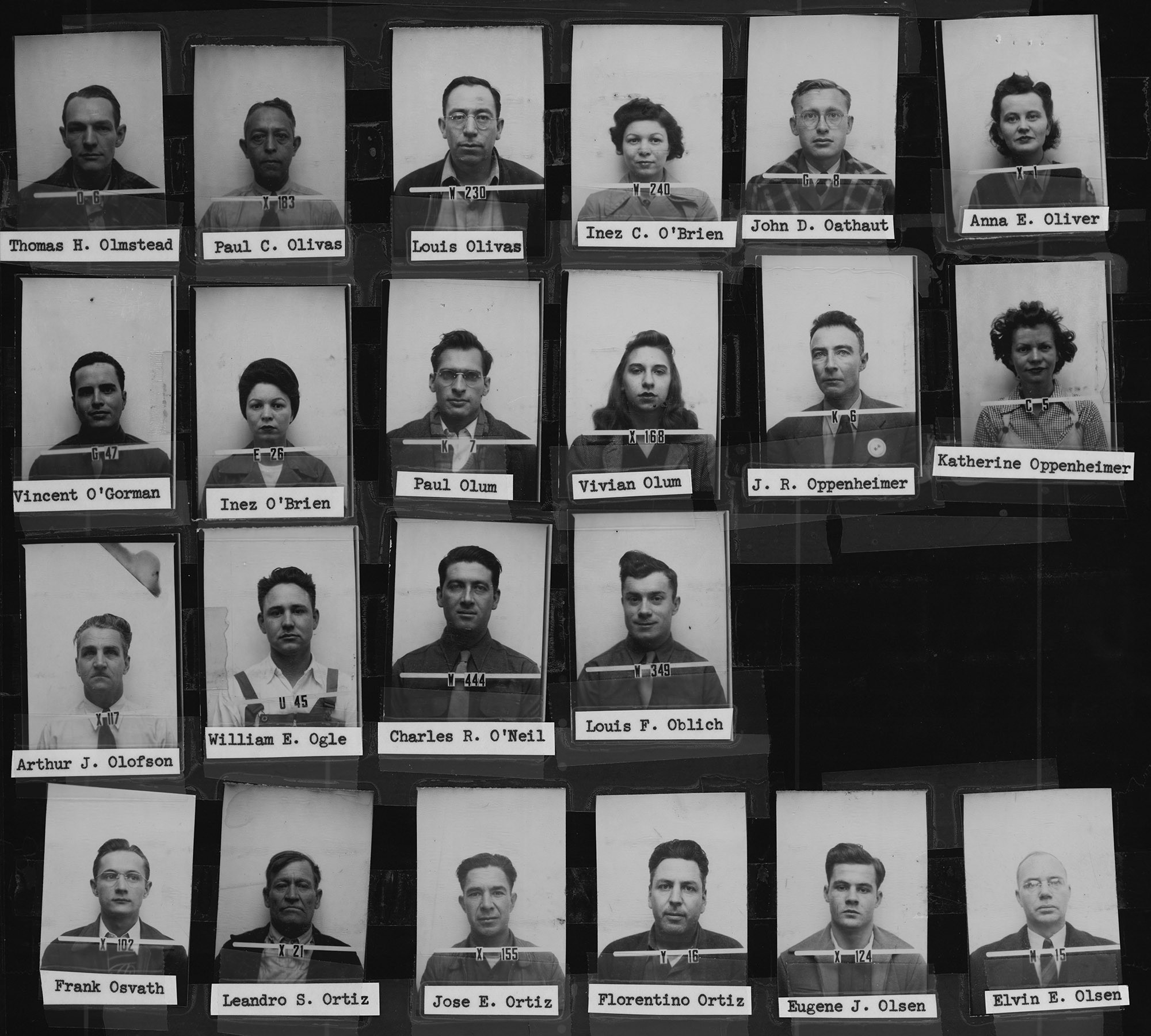 Despite the similarities suggested by these Project Y badge photos, the staff was quite diverse for the era. Los Alamos National Laboratory

The concept of diversity has evolved since the 1940s. “The diversity of Project Y was relative to the United States at that point in history,” notes Alan Carr, senior historian at Los Alamos National Laboratory. “Project Y might not be considered diverse by our standards today, but at that point in time, a pretty strong case can be made that the staff’s diversity really made a difference in the success of the effort to build the world’s first atomic devices. If we didn’t have the diversity that we did back then, I think that it would have been a tangible detriment to the work here and beyond.”

Carr says the staff who ushered in the Atomic Age at Los Alamos included women, foreign refugees, British scientists, Hispanic and Native American people, Jewish scientists, and people from a variety of age groups and backgrounds. “I think that I can prove beyond reasonable doubt that diversity was a key to the Project’s success,” he says. “Had you removed all of these people from the Laboratory, the work would not have gotten done.”

Carr points to the importance of European refugees. Immigrants from Germany, Hungary, Austria, Czechoslovakia, Poland, Russia, Italy, Canada, Switzerland, Denmark, and Great Britain constituted many of the top scientists at the Lab. “The Manhattan Project was one of history’s great scientific achievements, thanks in large part to foreign-born scientists,” Carr says. “Regarding the British contribution alone, General Leslie Groves, the United States Army Corps of Engineers officer who directed the Project, stated, ‘I cannot escape the feeling that without active and continuing British interest there probably would have been no atomic bomb to drop on Hiroshima.’”

During World War II, the Laboratory employed 17 Nobel laureates as staff members or consultants; more than half of them were foreign-born. “It really was a diverse group of people who came here. That group made a disproportionately valuable contribution because so many of them were very experienced in their fields,” Carr says.

Among those immigrants were a large number of Jewish scientists. Los Alamos guest scientist Jack Shlachter has spent the past decade studying the contributions of Jewish people to the Project. “According to a May 1945 roster, Jews made up about two-thirds of the leadership in the Manhattan Project’s Theoretical Division—the group tasked with calculating critical mass and modeling implosions,” Shlachter says. “There’s no question that the Manhattan Project was a team effort. In some ways, it was the first example of a large-scale scientific enterprise that involved lots and lots of people and so singling out one group can be problematic. Having said that, because of my own Jewish identity, I take some pride in being part of a group of people who contributed in such an important way.”

Shlachter says many of these scientists immigrated to America because of their Jewish heritage. “At least half of Project Y’s Jewish physicists came to America due to religious oppression in their home countries. After arriving, some experienced further discrimination in the United States at universities and commercial institutions; they were turned away by organizations citing limits on how many Jews they could accept at one time.”

These scientists did not face discrimination at Los Alamos, where recruiters were looking for the best scientists regardless of background. “The top-secret mission’s inclusive approach to recruiting top talent regardless of religion (and other factors) proved a major boon to its success,” Shlachter says.

Women also played a key role in the success of Los Alamos. Laboratory Historian Ellen McGehee has conducted extensive research on the role of women during the Manhattan Project. Although few women worked as scientists, “there was a diverse group of women, technical and nontechnical, who played many roles and were essential to the smooth running of the Laboratory and the town,” McGehee says.

“Women worked as physicists, chemists, and scientific technicians,” she continues. “They were on the front line in the technical areas doing hands-on assembly work. They worked on computing and mathematics; they worked as doctors, nurses, biochemists; they were members of the Women’s Army Corps; they were secretaries, clerks, and administrative staff. Women worked in supply and procurement. They worked in intelligence and security. They also worked in the housing office and were teachers and childcare workers. There were all these different categories of roles that women played that came together to support the war.”

Many of the people working at the Lab and in the town came from nearby villages and pueblos. “This part of the country has a very high percentage of Hispanic, Hispano, Latino, and Native American people,” Carr says. “Some of those families go back hundreds of years.” Carr notes that some of the local residents joined the lab as scientists and technicians, while others served key roles that formed an invaluable part of the team. “Many of them worked as construction workers. They built roads; they built laboratories; they built buildings. They worked as secretaries and housekeepers. Without them, the Lab would not have run.”

Carr says that although African Americans were not represented in Los Alamos during World War II, they contributed to the Manhattan Project by working at Oak Ridge and Hanford facilities and at the University of Chicago’s Metallurgical Laboratory. “I think that that is mostly a reflection of the demographics of the area,” he says.

Carr, McGehee, and Shlachter all point out that the leaders of the Manhattan Project did not set out to assemble a diverse staff. Instead, their goal was to get the best people for the job.

“Their aim was to have the best workforce that could be brought together at this one time while doing extremely complex technical and scientific work within the constraints of war in the middle of nowhere,” McGehee says. “The best workforce just happened to be diverse.”

Choosing a diverse workforce represented another way the creators of the first atomic bomb were breaking new ground at Los Alamos. “To get to the best answers, you want to have diverse perspectives,” Shlachter says. “Diverse perspectives lead to better solutions.” ★ 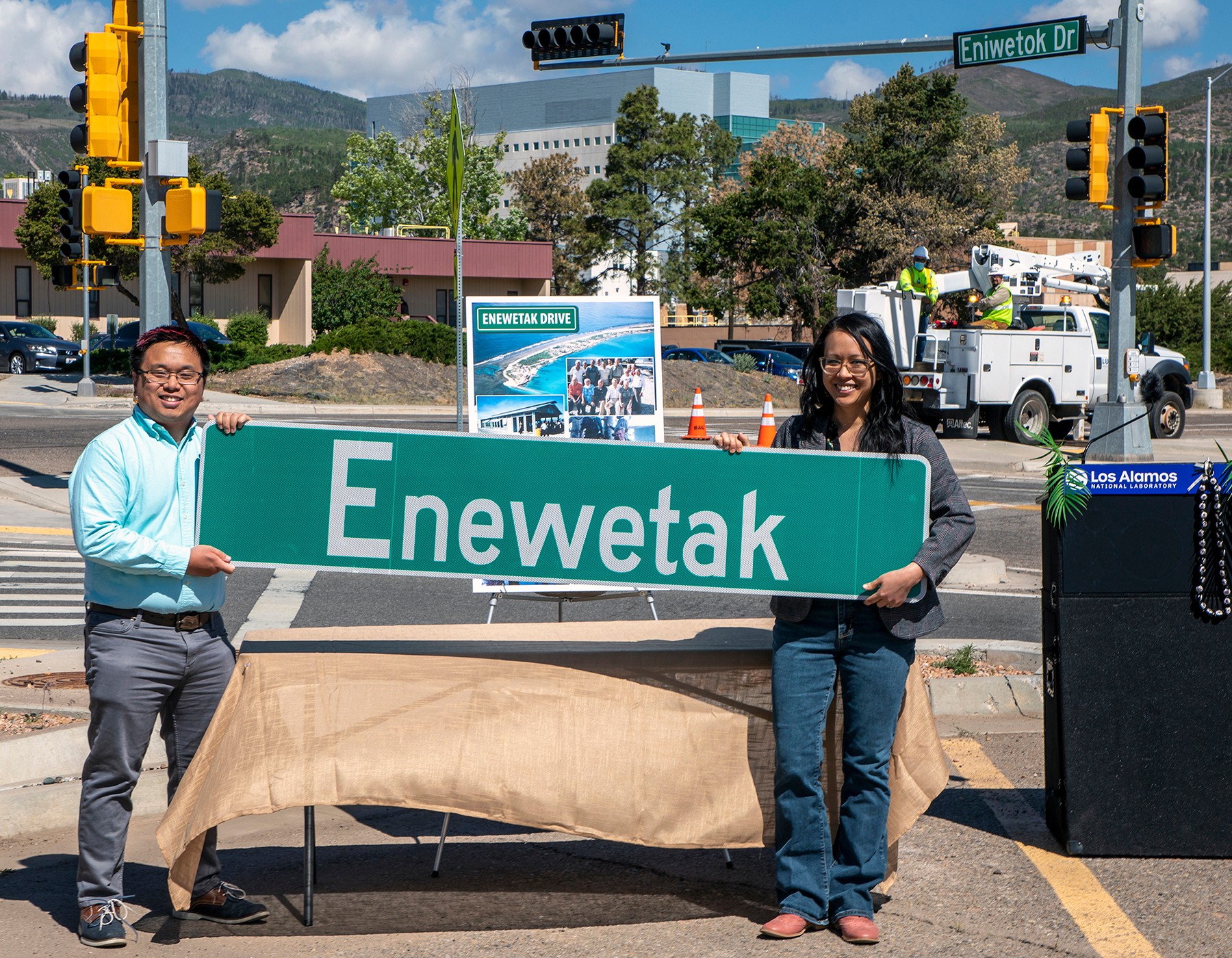