One season at a time 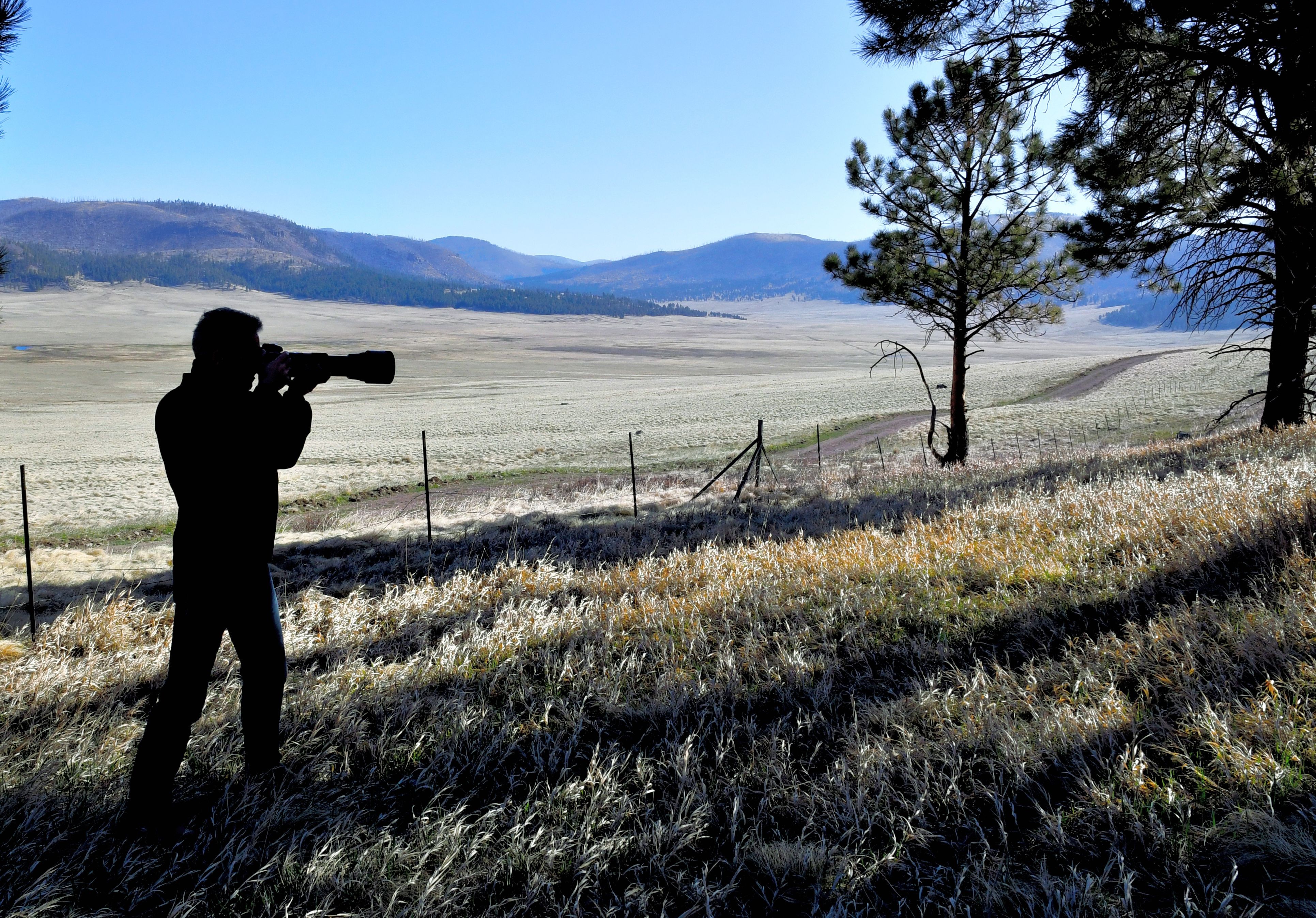 “My job changes throughout the year,” explains Mark Schraad, Computational Physics (XCP) division leader at Los Alamos National Laboratory. “During different parts of the year, we focus on different aspects of the division’s mission and responsibilities, although our principal driver is always the development and evolution of software used by Laboratory weapons designers to address complex, multi-physics applications associated with national nuclear security.”

Schraad’s approach to wildlife photography also changes throughout the year. “Nature, the seasons, and the weather pretty much dictate what animals I encounter during my time outdoors,” he says.

The United States has not tested nuclear weapons since 1992. Since then, the Laboratory—which stewards a majority of the weapons in the U.S. nuclear stockpile—has relied on advanced modeling and simulation software (rather than testing) to resolve the often-complex integrated physics questions and concerns about these weapons.

The scientific staff in XCP develop physics theory and models, advanced numerical methods, verification and validation methodologies, and advanced scientific software, all of which address a spectrum of multi-physics problems.

“As division leader, my role is to facilitate bringing all of these capabilities together, as XCP is responsible for delivering these mission-critical software tools to the design community, who in turn use our tools to perform weapons design, certification, and assessment,” Schraad says. “It’s an honor to be the division leader and to lead the 200-or-so talented people who actually make things happen.”

Schraad gained a passion for photography in a roundabout way. “I’ve always been active in outdoor activities,” he says. “And as part of these activities, I would bring a basic camera to capture whatever I happened to be doing. For example, after an early morning hike in the mountains, I might stand at the summit and photograph the sunrise. If I was lucky, sometimes I would get a photo of some wildlife in the area.”

At first, Schraad used a point-and-shoot camera because he was more focused on his outdoor activity, be it rock climbing, backcountry skiing, or mountain biking. Over time, he learned the basics of good photography, which led him to researching and purchasing better equipment.

“My first wildlife subjects were birds, because although they are common, they can be challenging to photograph well,” Schraad explains. “As I grew more comfortable with my equipment, I focused on the wildlife itself, learning the habits of animals and how to approach them to take the best photo. Animals will sense your approach long before you see them. When it comes to getting as close as possible, it’s a combination of knowing how animals behave and being in the right place at the right time.”

An avid hiker, Schraad always has a camera on hand. “Last autumn, while I was hiking, I encountered a black bear,” Schraad remembers. “When I saw it, it was lumbering toward me rather quickly and directly. What works well in discouraging a bear’s approach is shouting and raising your arms to appear bigger, so I did just that. But this time, the bear kept approaching. I made more noise and stood on some rocks, and it did finally stop. But I could tell it was nervous and didn’t like me being there—I could hear it huffing and clicking its teeth. So, I got out of there quickly, and I was lucky that the bear did not follow ... but I did get the photo.”

Although patience was not necessary during the bear encounter, Schraad says he’s learned a lot about patience by photographing wildlife. “I like following elk herds, as they often lead to other wildlife,” he explains. “Having patience when it comes to interacting with wildlife has paid dividends.” And, he continues, “I’d like to think that I am learning to be more patient in my work as a division leader as well.” ★