A new geospatial modeling platform and laboratory experiments help determine how carbon-based waste sources can best be turned into energy and usable products. 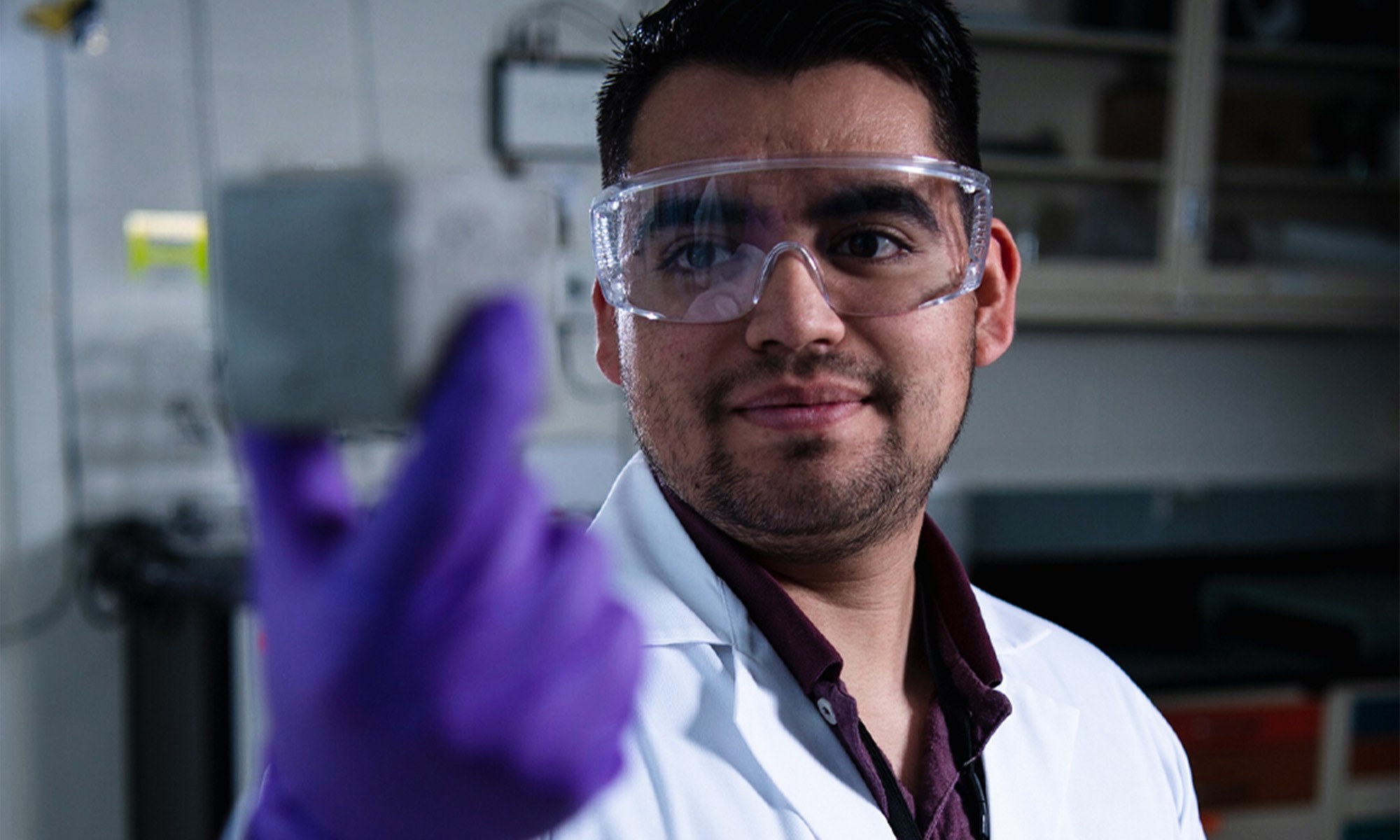 Marcos Hernandez, of the Lab’s Chemical Diagnostics and Engineering group, holds a cement block made with algae—an example of a construction good made from biomaterials. Los Alamos National Laboratory

Renewable energy resource availability varies from region to region. Some places might be better suited to solar, for example, while others are better for wind. And even then, Earth’s climate is changing so rapidly that it’s unclear if a solar area will always be a solar area and a wind area will always be a wind area. So, how do we prepare for such a varied and unpredictable future?

One thing that’s certain is that most places around the globe produce waste—things like crop and forest residues, algae, landfill refuse, wastewater, and animal manure—that contains carbon. Carbon, it turns out, is a potential clean and renewable energy resource.

To determine how carbon might be best turned into energy, a team of seven multidisciplinary researchers at Los Alamos National Laboratory is developing a modeling tool, called the Waste-carbon Economic and Climate Action Tool (WECAT). WECAT will be used to identify the availability of carbon from various waste sources and then determine the feasibility of converting these sources to a reliable energy supply.

“By identifying the potential for development of carbon-based energy resources that were previously underutilized, we expect that this technology will be transformational in its ability to spur innovation in and development of new, low-cost clean energy resources in the coming decades,” says Kurt Solander, of the Lab’s Computational Earth Sciences group.

The researchers are using military bases as their initial test cases. “The military is in a unique position to develop and apply tools and technologies that would assist them in preparing for and preventing impacts of climate change on their facilities and operations,” explains bioscientist Babetta Marrone of the Bioenergy and Biome Sciences group at Los Alamos. “Of course, our tools could also be applied to civilian municipalities or organizations that are concerned with the availability of energy resources to provide electricity to local populations.”

WECAT is part of a larger initiative, funded by Los Alamos’ Laboratory Directed Research and Development program, called Biotechnology for Regional Climate Resilience, which also includes biomanufacturing efforts. “This year we are focused on developing construction materials and fuel pellets using microalgae grown on carbon dioxide captured directly from the air,” Marrone explains. The hope is that eventually WECAT will be able to model options for local biomanufacturing opportunities, which would get users one step closer to energy independence.

“Giving communities the ability to produce their own energy and bioproducts would create new jobs and revenue streams, and at the same time reduce greenhouse gases, mitigate climate change, and reduce dependence on foreign countries for energy supplies,” Marrone continues. “Energy security is national security.” ★