Looking toward an uncertain future

From planet-killing asteroids to climate-change consequences, a scientist warns of global catastrophe. 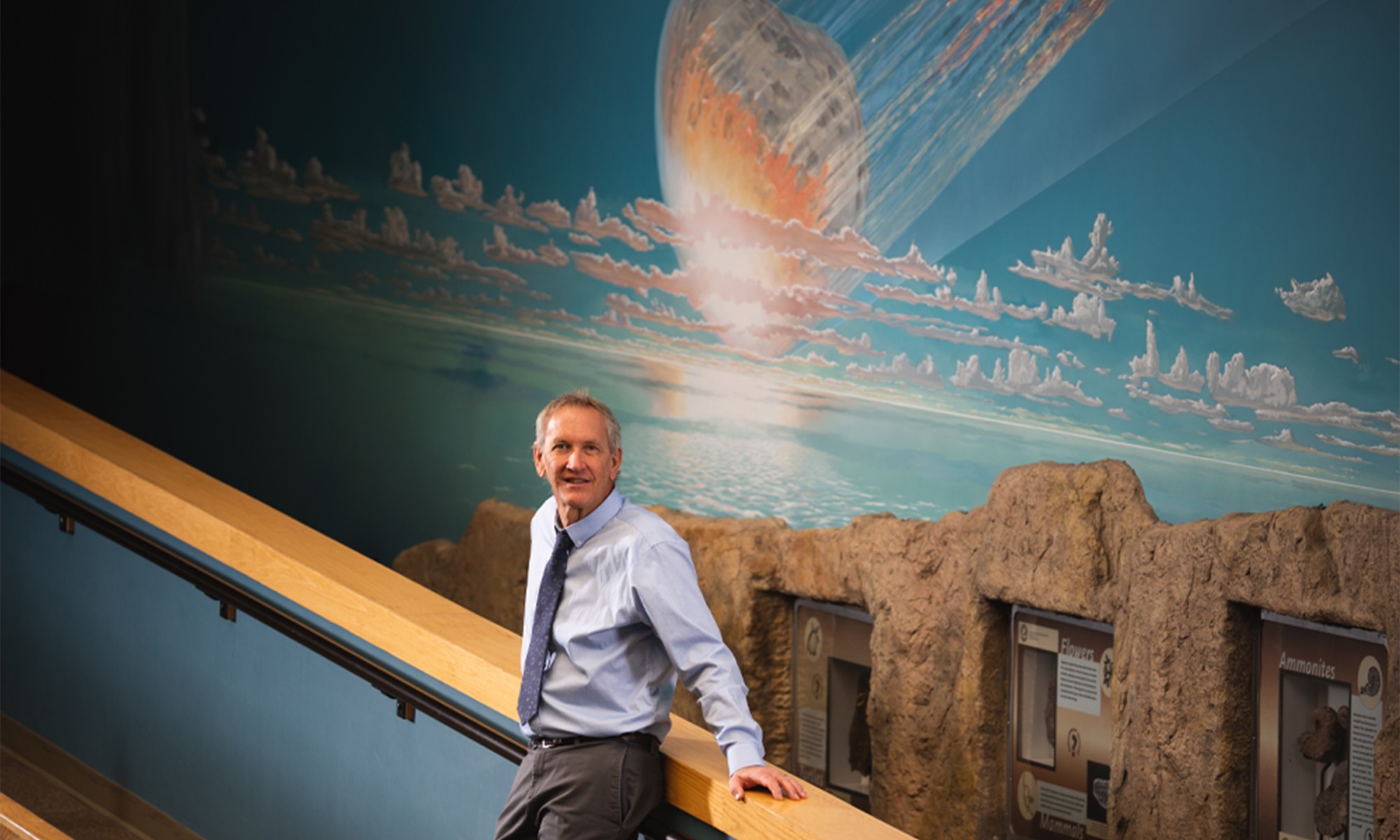 Boslough researches global catastrophes, such as what would happen if an asteroid collides with Earth. He has also devoted decades to studying and raising awareness of another threat to the planet: climate change.

Retired from Sandia National Laboratories, Boslough now conducts research on comet and asteroid impacts for Los Alamos National Laboratory and the University of New Mexico. He is also a fellow of the Committee for Skeptical Inquiry.

Boslough and his research have been the subject of many documentaries, news features, and magazine articles—including this one. National Security Science sat down with Boslough to hear his thoughts on climate change, its connection to planetary defense, and what we can all do to protect the Earth.

What is the connection between asteroids or comets hitting the planet and climate change?

I’ve always made the connection, both from a risk perspective and from a physics perspective, between planetary impacts and climate change. When I was a grad student, I designed experiments to capture carbon dioxide and water released from minerals from high-velocity impacts. About the same time, the Alvarez hypothesis suggested that the dinosaurs had been wiped out by an asteroid. It was clear to me and to others that the impact alone didn’t kill the dinosaurs—climate change and the change of the atmosphere associated with the impact also played a role.

So, I never made a strong distinction between the impact risk and the climate risk. In fact, the risk assessment uses the same methodology. In both cases, there’s a nonzero probability that the outcome is globally catastrophic.

In your opinion, what is the public perception of climate change?

There’s a perception, at least outside the scientific community, that uncertainty is an excuse to relax. People aren’t sure that climate change is going to wipe us out, therefore, they don’t have to worry about it. But being blind to what’s happening does not work in our favor.

Since the early ’90s, when we started working on the asteroid risk, the actual quantitative risk has gone down by an order of magnitude because we’ve discovered most of the big asteroids that we know areon Earth-crossing orbits but are not going to hit the Earth for at least 100 years.

But in the meantime, even though our climate models aren’t perfect—which creates uncertainty—they are continually improving, and we do know the composition of the atmosphere is changing. The climate risk has continued to accelerate. We have a lot fewer years to arrest that increase and keep ourselves below the catastrophe threshold, whatever it turns out to be. We don’t know how many bullets are in the gun, so to speak, and that’s all the more reason to not be pointing that gun at anyone. Don’t take the risk.

What do you believe is the solution to the climate change crisis?

What makes me the most upset is the insistence by many people that we should continue to subsidize fossil fuels. We’re encouraging people to burn fossil fuels. We should be doing the opposite. The limited resource is not fossil fuel. It’s the cooling capacity of the atmosphere. We’re just squandering that right now because it’s free for the taking.

And what happens if we don’t take action?

As time goes on, we’re pumping more and more combustion products into the atmosphere, and the cooling capacity of the atmosphere is going down. So, we’re closer to whatever the margin is for catastrophe. The closer we get to that margin, other things are going to go wrong. There’s a cost, even if we don’t cross the catastrophe threshold. But at some point, we’re going to cross it. ★