Los Alamos in the past and present. 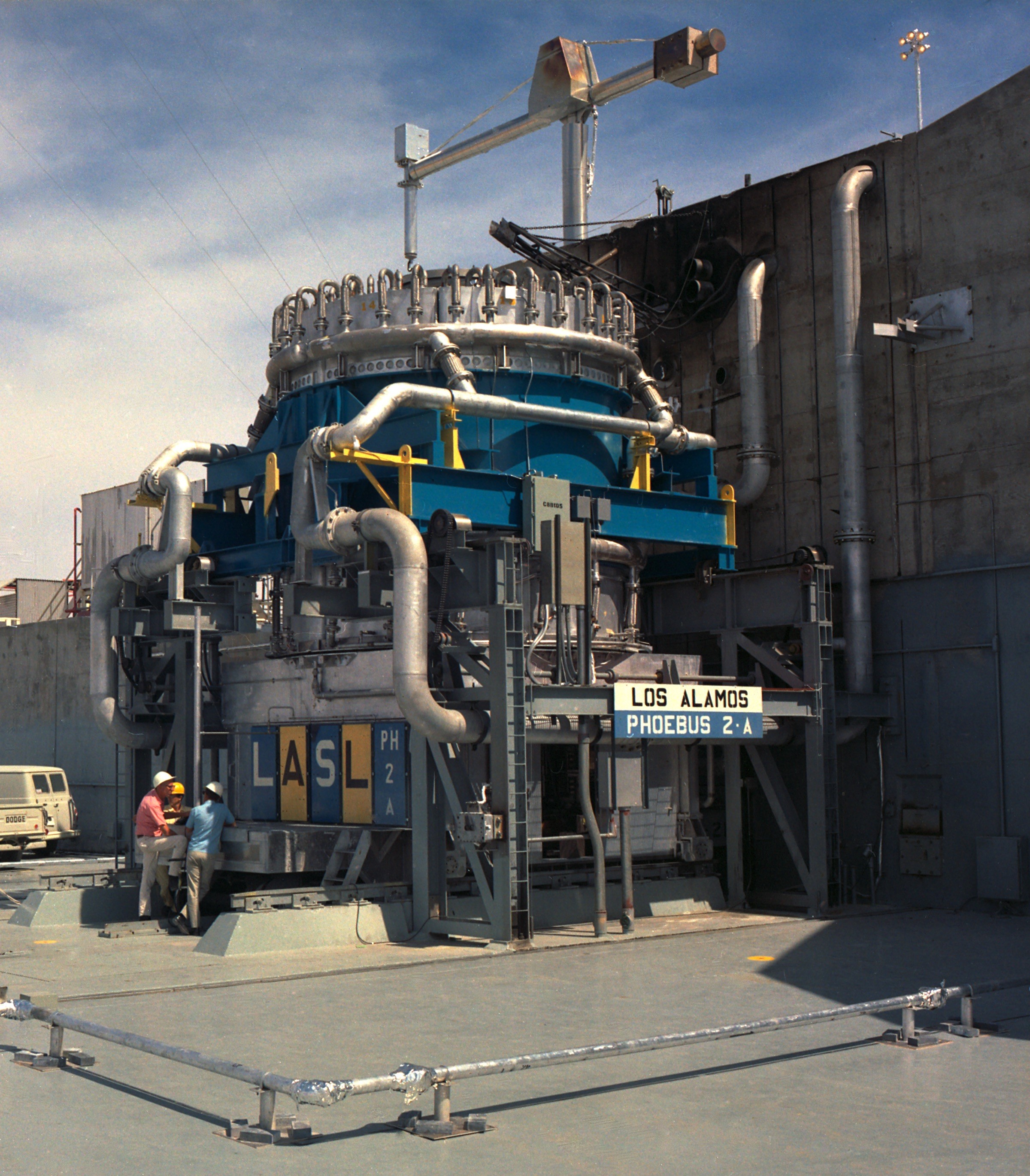 Starting in 1955, Los Alamos Scientific Laboratory’s Project Rover attempted to harness nuclear power for space travel. Pictured here in 1968, the Phoebus-2A reactor produced more than 4,000 megawatts of thermal power, making it the most powerful nuclear propulsion reactor of its time. Although Phoebus-2A was never meant to go into space, researchers hoped the prototype reactor could be modified for travel to Mars. That dream, however, ended in 1973 when Project Rover was terminated.

Fifty years later, in 2018, Los Alamos National Laboratory—in conjunction with several other organizations—successfully demonstrated another prototype, Kilopower. This nuclear reactor power system can provide up to 10 kilowatts of electrical power—enough to enable long-duration crewed missions to the Moon, Mars, and beyond. Four Kilopower units (illustrated here) would be enough to establish an outpost in outer space. In 2020, Los Alamos licensed the Kilopower technology to the Space Nuclear Power Corporation, which has been busy writing proposals to advance the technology. ★