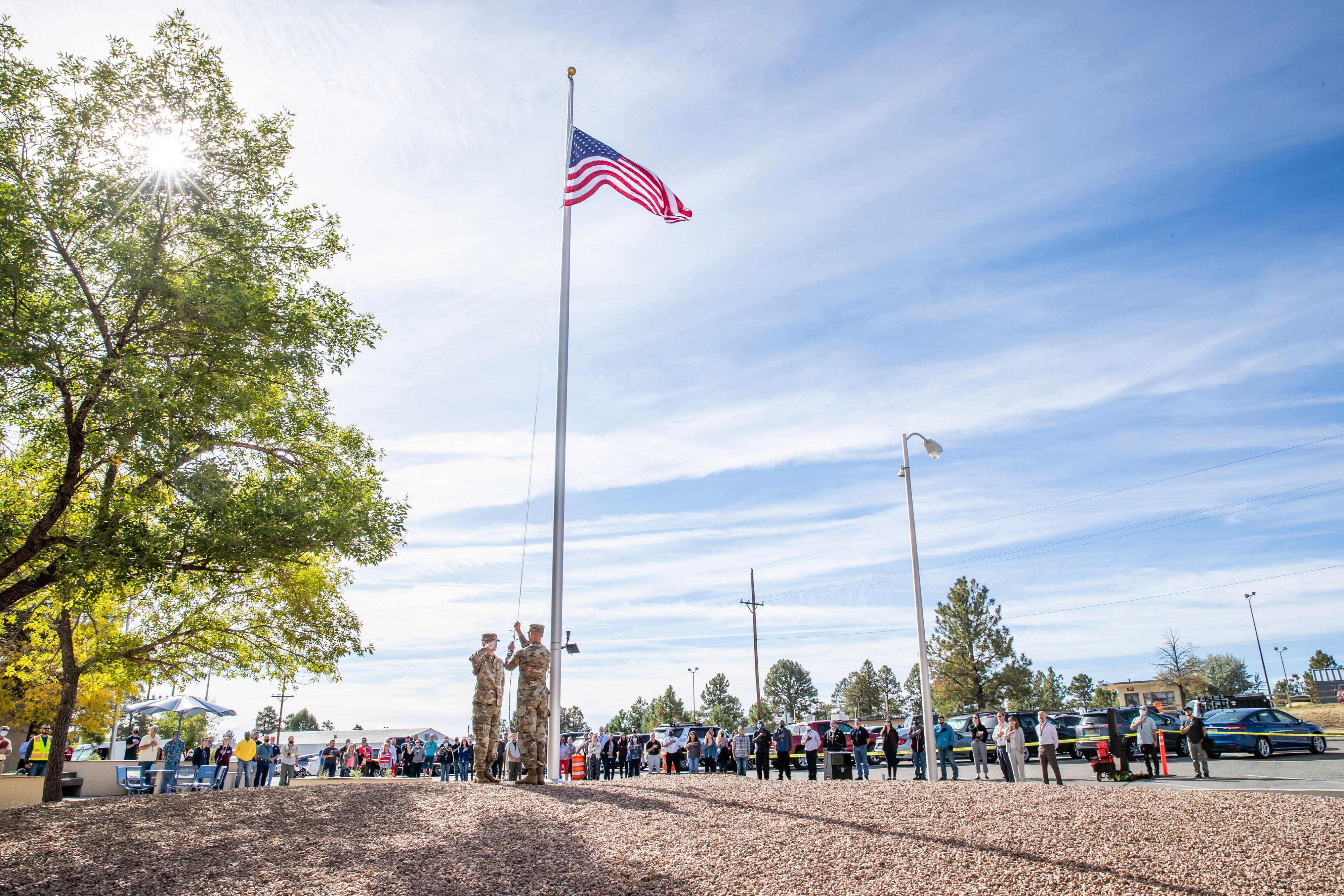 Each July, the U.S. Air Force normally sends two service members to Los Alamos National Laboratory for a yearlong fellowship to learn from the scientists and engineers who maintain America’s nuclear weapons. But little, if anything, was normal about 2021, including the number of fellows at the Lab, which was three and included—for only the second time in fellow history—a civilian.

But as a civilian, Susan O’Rourke was no stranger to Los Alamos. O’Rourke came to the Lab from an assignment in Ramstein, Germany, and before that, she worked at U.S. Strategic Command as a senior weapons systems analyst. She was responsible for tracking and reporting all aspects of the U.S. nuclear stockpile. This included weapon reliability, sustainability, and circular error probability—basically, the accuracy of weapon systems—a role that required she talk often with the Lab and make numerous visits to Los Alamos.

O’Rourke says being a fellow at Los Alamos has furthered her knowledge about weapons systems of the future and the scientists developing them. “Every time I visit the Lab, I’m impressed with how open and available everyone is to share their knowledge,” she says. “My time here will definitely make my job going forward a lot easier.”

Lieutenant Colonel Luke Stover is one of the two active-duty fellows who came to the Lab in 2021. He came to Los Alamos from Italy, where he served as the commander of the 704th Munitions Support Squadron at Ghedi Air Base. The 704th Munitions Support Squadron supports the wartime strike mission of the 6th Stormo Wing of the Italian Air Force, which operates the PA-200 Tornado fighter and bomber aircraft. The squadron also maintains custody and control of U.S. munitions supporting the North Atlantic Treaty Organization.

At Los Alamos, Stover has enjoyed learning about the variety of work that goes into maintaining America’s nuclear stockpile. With this knowledge, Stover is developing a paper on assurance theory: conveying to allies that America’s nuclear capabilities remain as robust as ever.

“My focus this year was to go a mile wide and an inch deep, learning about as many aspects of the Lab’s involvement in stockpile stewardship as possible,” Stover says. “My exposure here has really increased my appetite and appreciation for everything the Lab does in that field.”

The third fellow, Major James Bevins, arrived at Los Alamos from the Air Force Institute of Technology, in Ohio, where he taught all things nuclear, including radiation transport modeling, radiation detection, signature detection and analysis for nuclear security applications, nuclear forensics, and nuclear weapon effects. Bevins, who has a PhD from the University of California, Berkeley, splits his time at the Lab between two projects. The first dives into improving nuclear hardness (the ability for warheads to survive a nuclear environment). The second examines how the U.S. Air Force can attract and retain more talent in the fields of science, technology, engineering, and math.

“Our adversaries are increasing their militaries’ focus in these areas to gain a competitive advantage in future wars and grey-zone conflicts, so it’s important that we as an Air Force internalize this challenge, that we walk the walk and ensure our leaders have the background necessary to lead highly technical efforts to ensure our national security interests,” Bevins says. “At the Lab, we have experts who have studied these adversaries and technologies for decades, so being able to tap into their knowledge has been invaluable.”

Hear from past Air Force fellows in the following podcasts: