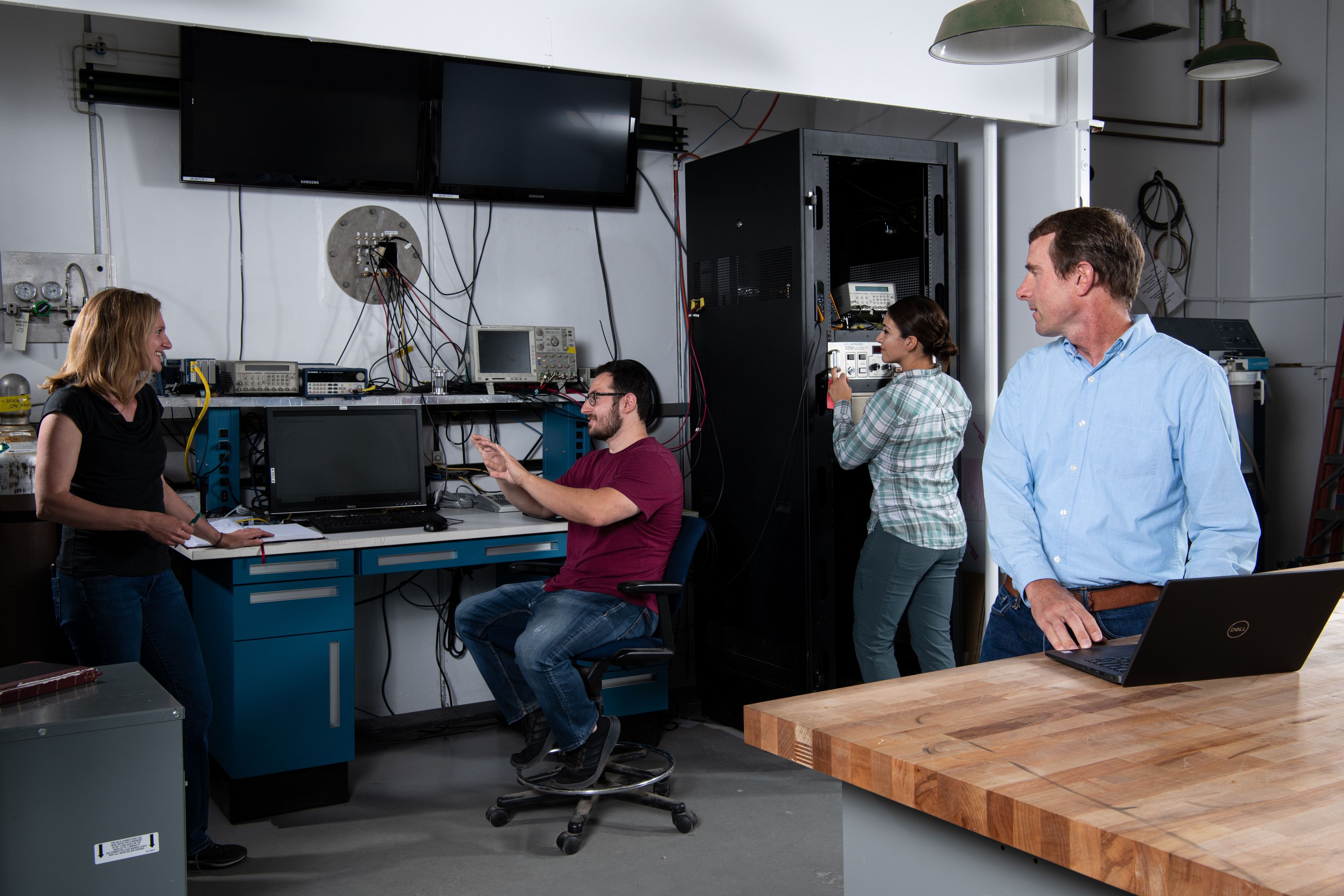 Detonators are small devices that convert an input signal, usually electrical or percussive, into a high-pressure shock output, which causes an explosive inside of them to detonate. This mini explosion causes whatever the detonator is attached to (typically another explosive) to detonate. Detonators are used in bombs, demolition explosives, and mining explosives, among other applications. Detonators must be reliable and safe, even after years of fielded service in adverse environments.

Since the Manhattan Project, pentaerythritol tetranitrate (PETN) has been a preferred explosive inside the Los Alamos National Laboratory–designed detonators used in the weapons in the U.S. nuclear stockpile. And although scientists have been studying PETN aging for decades, a comprehensive, statistically significant study connecting PETN aging to detonator performance had never been done until recently.

“PETN is a common initiating explosive used extensively in commercial detonators and in the U.S. nuclear stockpile, but batch-to-batch variability has made it difficult for us to definitively show how it responds to aging,” explains Virginia Manner, an energetic materials chemist at the Lab and the project lead for the study. “So, we brought together several groups and divisions at Los Alamos to create a very large-scale study that would put to rest all the questions we and others have had about PETN stability.”

The researchers divided PETN powder from a single source into four batches. Three batches were treated with different stabilizers,  which “significantly slow the aging process of the PETN over time and elevated temperature,” says Nicholas Lease, a scientist in the Laboratory’s High Explosives Science and Technology group. One batch was left unstabilized. Then, the researchers filled 2,000 detonators with the different batches of PETN powder, thermally aged the detonators, analyzed the powder characteristics, and tested detonator function with a statistically significant sample size.

Findings from the study indicate that aging significantly changes the surface area and particle size of unstabilized PETN, leading to increases in detonator function time—essentially the amount of time it takes for the detonator to work. Function time “should be as prompt as possible,” explains R&D manager Daniel Preston. “Increases in time indicate eroding detonator health.”

Conversely, PETN powder coated with certain stabilizers exhibited no aging effects in free-flowing powder nor in commercially prepared detonator pellets, despite the high temperature aging.“This study was the first of its kind to connect multiple disparate smaller-scale investigations on PETN stability that our lab and others have been conducting for almost half a century,” explain Manner and Preston.

The team, which, in September 2021, won a 2020 Laboratory Distinguished Performance Award for its work, continues to analyze the results from the study.

The research was funded by the Laboratory’s Aging and Lifetimes Program and would not have been completed without the dedicated work of Nicholas Lease, Nathan Burnside, Maria Campbell, Geoff Brown, Reid Buckley, John Kramer, Joseph Lichthardt, Kristina Gonzales, Spencer Anthony, Hongzhao Tian, and Sky Sjue, along with years of previous work conducted in the Detonation Science and Technology group at Los Alamos National Laboratory.