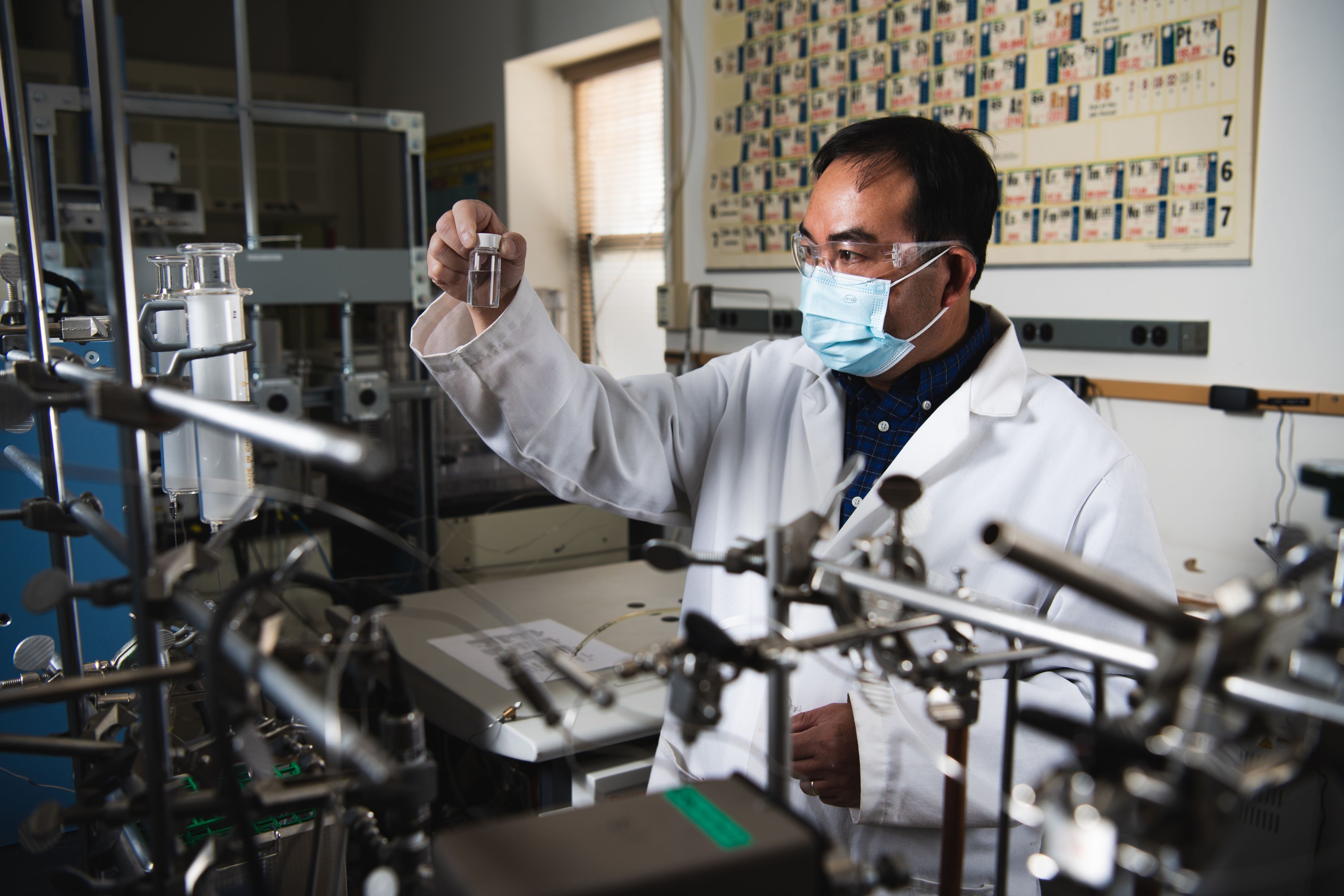 One day, all cars and trucks may run on electricity or hydrogen. But there are many years between now and that “one day.” To help the country reduce harmful greenhouse emissions in the interim, many companies are developing ways to supplement fossil fuels with cleaner biofuels.

For example, many companies mix fossil fuels, such as gasoline, with ethanol, a renewable carbon-based biofuel derived mostly from corn. Ethanol is considered an energy-positive fuel—meaning the amount of energy to produce it is less than the energy it produces. But like fossil fuels, biofuels undergo a complicated refining process, and this is where the Los Alamos National Laboratory has stepped in to help.

“It’s too expensive right now to build new refineries solely focused on biofuels,” says Zhenghua Li, of the Lab’s Earth System Observations group. “What we want to do is use existing refineries, and that requires understanding how much biofuel we can introduce into the co-processing system, and to do that we need to chemically track these biofuels.”

Li’s work focuses on chemically analyzing bio-fossil mixtures to ensure the percentage of renewable carbon fuel is what companies claim (so that they can receive a financial credit from the government), usually about 10 percent biofuel to 90 percent gasoline.

Often that biofuel is ethanol, but ethanol has a problem—as a derivative of corn or soy, it’s also a valuable food resource. So, the National Renewable Energy Lab in Golden, Colorado, and the Pacific Northwest National Laboratory in Richland, Washington, are developing biofuels from carbon sources that would otherwise go unused—everything from forest overgrowth to human fecal waste.

Scientists use pyrolysis, or extreme heat, to refine these waste sources into hydrocarbon-heavy oil, which can be sent to a refinery and co-processed. However, scientists are determining the ideal conditions for co-processing these types of waste, and they still need to know how much of their original mixture ends up in the final product.

One way to do this is by measuring carbon-13, an isotope of carbon. Li devised a way to trace how much carbon-13 a waste source begins with and how much of the isotope remains after the refining and co-processing. Li has also proposed an entirely new, much more efficient way for companies to track these metrics themselves. Normally, renewable carbon tests are conducted through an accelerator mass spectrometer, a device used for radiocarbon dating, which is expensive, limited, and time-consuming. Li, though, is working on tracing these carbon isotopes using a device that’s much more available, cheaper, and quicker—called an isotope ratio mass spectrometer.

Eventually, Li hopes these systems will be installed in refineries so that co-processed fuels can be characterized in real time.