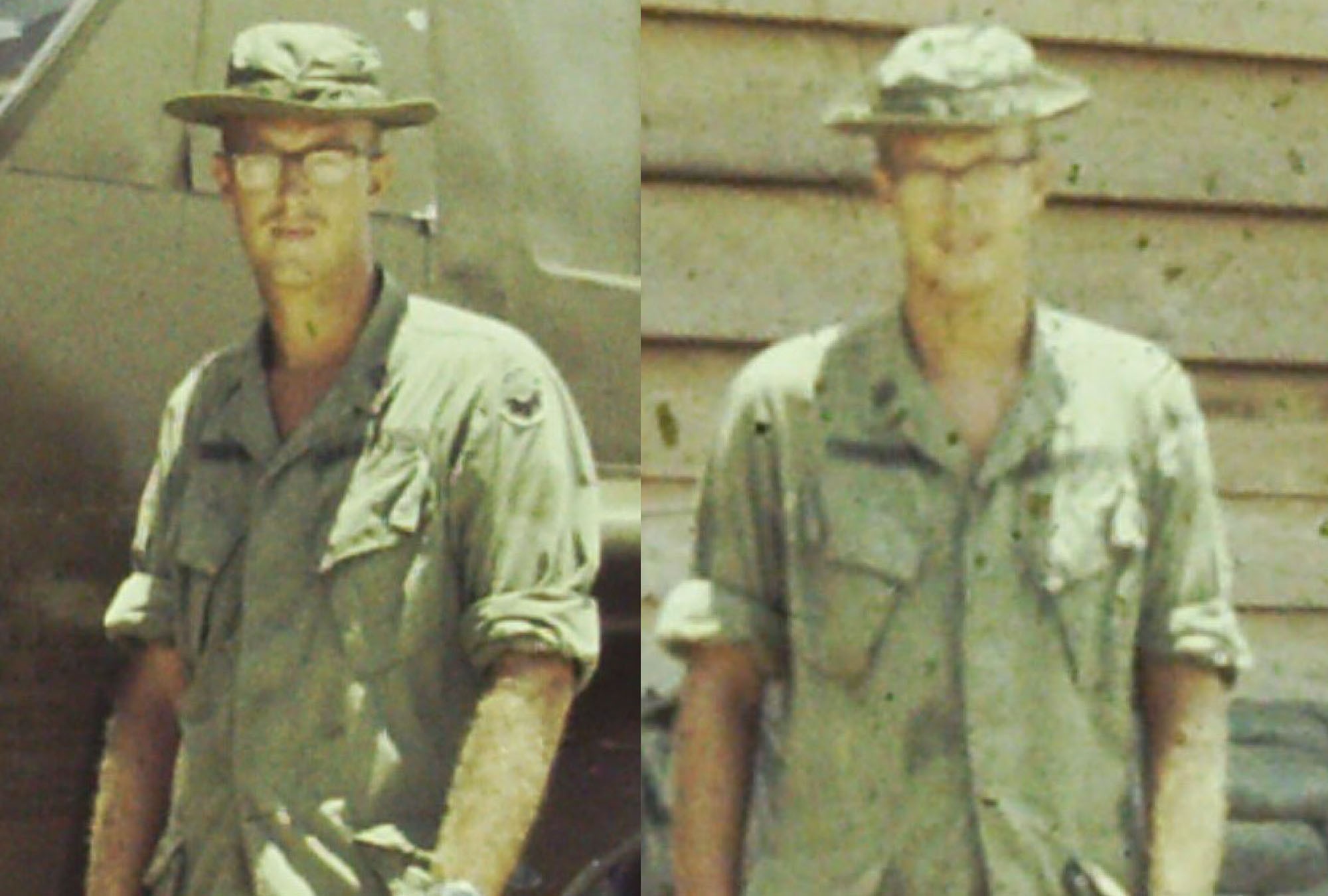 When George Hagedorn deployed to Vietnam in 1968, his intelligence gathering missions sometimes took him close enough to the enemy to smell what they were cooking for dinner. George Hagedorn

In April 1968, George Hagedorn was a 24-year-old Army draftee who landed in Vietnam with orders to collect intelligence. Back then, this meant being dropped by a helicopter or transported by boat into the jungle, where he snuck on foot close enough to the enemy to hear what was being said.

“We were basically walking data collection computers,” says Hagedorn, who now works as a production support specialist in the Weapons Production directorate at Los Alamos National Laboratory. “We went out into the field. We looked, listened, and remembered.”

Hagedorn grew up in Cleveland, Ohio, and earned a bachelor’s degree from The Ohio State University. After college, he worked for McDonnell Douglas aircraft, where he developed skills that qualified him for occupational deferment. But this draft exemption would last only six months at a time, and he couldn’t find a landlord who’d agree to a short-term lease on an apartment. Plus, his father had fought in World War II, which left Hagedorn with a sense of obligation to serve his country. “So, I went to the draft board and volunteered for the draft,” he remembers.

After basic training, Hagedorn was selected for the Army’s intelligence school. Three months later, he flew to Vietnam. As the plane landed amid scorched buildings, Hagedorn remembers asking himself what he’d gotten himself into. But once he reached his assignment with the 9th Infantry Division in the Mekong Delta, his job description was fairly straightforward: collect intelligence.

For the next 14 months, Hagedorn—outfitted with binoculars, a night vision scope, and a poncho to keep out the rain—was part of a small scout unit that would be dropped off near enemy locations, wait for nightfall, walk as close as possible to a location of interest, then covertly observe activities. Sometimes, he’d count heads and types of weapons. Other times, he’d walk 10 miles while scanning the ground for signs of convoys and troop movements. Often, he had to consider whether a village was truly just a village.

“If there was an unusual amount of hay being kept, too much for how many people I saw living there, that could possibly be a weapons cache,” he explains. Eventually, Hagedorn could spot clothing or small details in facial structure that signaled that the “villagers” hailed from another part of the country, which could indicate advancing enemy troops. After a night or two, Hagedorn would slip away and radio for a helicopter. Back at base, he’d write up a report from memory to pass on to command officers.

In Vietnam, there were worse duties to have, but intelligence gathering was far from safe. Once, a rocket-propelled grenade exploded 30 feet from where Hagedorn sat beside a tree. After he dusted himself off, Hagedorn noticed a piece of shrapnel wedged into the wood, one inch above where his head had been. “You learned to shrug off those moments because you can’t do anything about them,” he says.

Today, Hagedorn keeps a picture pinned above his desk that he took of flashing bullet tracers and flares lighting up the jungle sky. “When I get down, or think things aren’t going well,” he says, “I look at the picture and remember that I have been through a lot worse.”