A stamp of approval 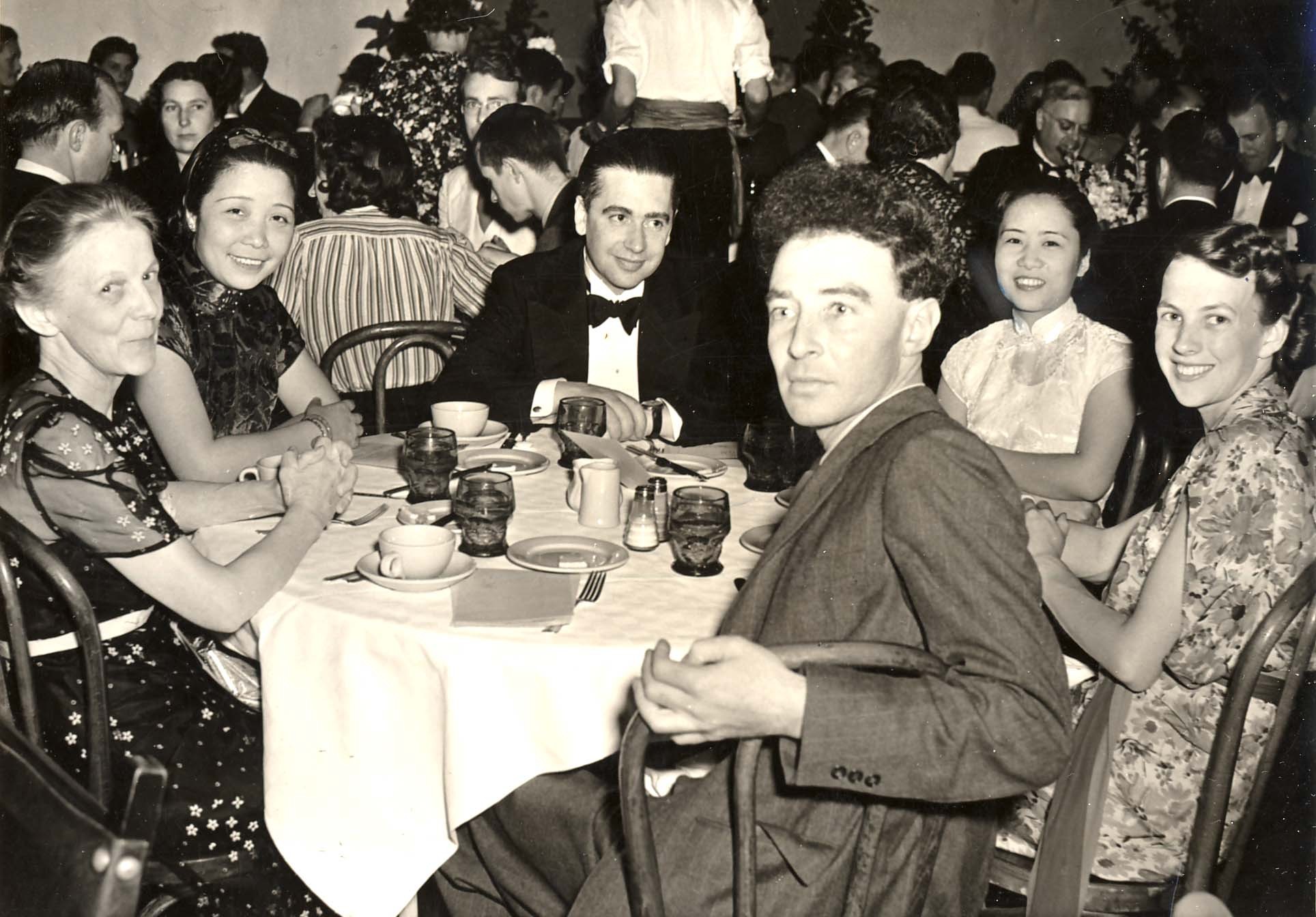 Chien-Shiung Wu (second from right) sits with physicists J. Robert Oppenheimer (third from right) and Emilio Segrè (fourth from right), likely in the late 1930s when Wu was a graduate student at the University of California–Berkeley. Oppenheimer would later move to Los Alamos to become the scientific director of the Manhattan Project. Vincent Yuan

On February 11, the International Day of Women and Girls in Science, the U.S. Postal Service issued the Chien-Shiung Wu Commemorative Forever Stamp in tribute to the influential experimental physicist and longtime Columbia University professor.

Wu’s demonstration of a fundamental law of physics—the effect called parity violation— was her most notable work, but she wasn’t included in the Nobel Prize her male collaborators received.

“Chien-Shiung Wu is widely considered one of the most influential scientists in history, but her achievements were not widely acknowledged due to her gender and race,” according to the American Association of University Women (AAUW), which advocates for gender equity and economic security for women. In 1959, the AAUW presented Wu with its biennial achievement award. Her acceptance letter is at below:

Regarding the postage stamp, Wu’s family is honored that she was selected. “Like anybody, you’re proud of your mother,” says her son, Vincent Yuan, a scientist in the Applied and Fundamental Physics group at Los Alamos National Laboratory. “But it wasn’t just her accomplishments. It was the embodiment of all the qualities she believed in: hard work and not sweeping problems under the rug and seeing the bigger picture of things. She applied that to her work and to her students.” ★

“I grew up partly in the mountain town of Los Alamos, which is dominated by the national laboratory complex founded as part of the Manhattan Project…My grandmother made precisely one trip to the high desert to visit us, when I was a baby. The altitude was bad for her blood pressure. There was nowhere to get good Chinese food. She was unimpressed.”