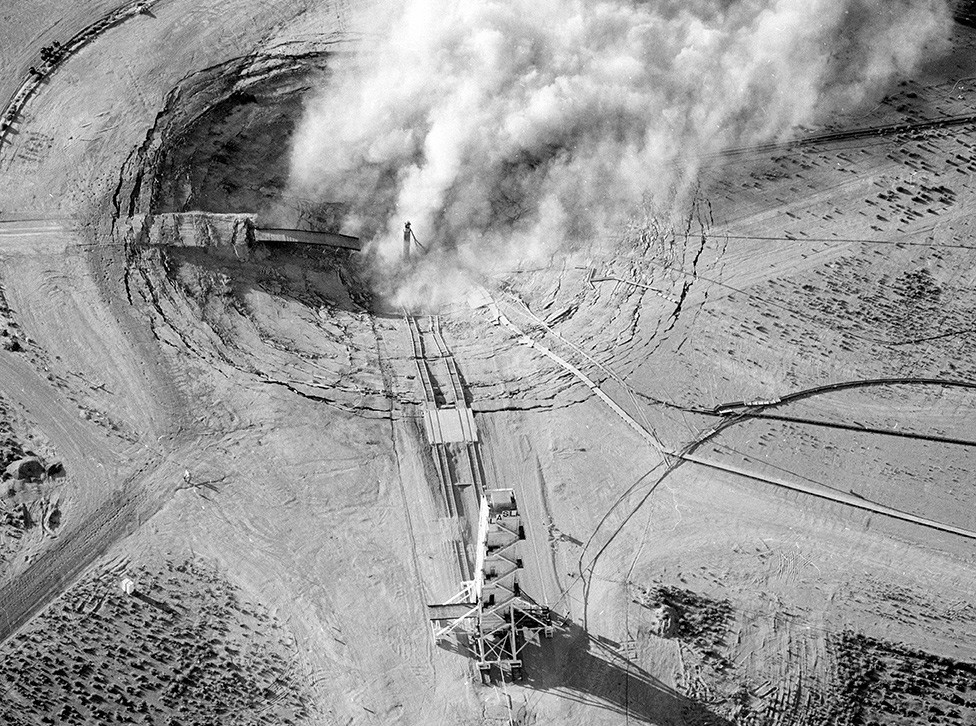 A signature can come from seismic, acoustic or chemical signals — or all of the above. As a geologist at the Lab, I’m most interested in understanding how rocks and subsurface features such as faults affect the seismic waves generated by the explosion. The speed at which those waves travel depends on the type of rock they move through.

Unfortunately, real life is not like the movies. While we have technology that can do something like a CT scan, the image isn’t as detailed as the scan of a body. Ideally, subsurface imaging requires both underground and above-ground sensors to obtain data that we use to interpret rock structure. The end product is less like a photograph and more like a cartoon.

In addition, seismic monitoring stations are often positioned great distances from where a blast occurs, so we need information about the area’s geology to figure out how far and how fast the signal traveled to determine where the blast originated.

My job is to help build computer models of geographical areas of interest so that when seismic monitoring stations detect an event, we can use the seismic data and the geologic model to determine where the event occurred. Geologic models are also important tools to estimate the seismic response of future events.

I like to equate my work to going grocery shopping. You start with an empty shopping cart and then, as you walk through the store, you pick different items off the shelf to fill it, which you then combine when you get home to make a recipe. Similarly, in building these computer models, I’m using a variety of “ingredients” such as geologic maps and drilling data to best feed the computer model.

Huge amounts of data exist from when the United States conducted underground nuclear tests in the Nevada desert from the 1950s to the 1990s (the last U.S. test of a nuclear weapon was in 1992). Those four decades of test data serve as the basis for our understanding of how seismic waves from nuclear explosions propagate through the rocks in Nevada. We can take that knowledge and extrapolate it to other locations. The Earth’s geology is extremely diverse, however, and one location is rarely just like another, so we need to use other clues to fill in the blanks.

Understandably, seismic waves will create very different signals depending on whether they’re moving through granite or sandstone. So when we create a model for a certain region of the world, we look at the topography of the location and use publicly available maps, GPS satellite data, and other open-source information to determine what type of rock lies underneath. We also look at clues such as nearby water sources, past earthquake data, and other seemingly minor details that can make a big difference in the accuracy of a model. Thinking back to the shopping cart analogy: We need to make sure we pick the right items off the shelf and don’t forget any important ingredients.

These models are then used by scientists to help pinpoint the location of the blast. The better our models are, the better our analyses of explosions can be, and the better informed our leaders will be on what’s happening in remote locations around the world. All of this helps stop the spread of nuclear weapons and keeps the world safer.

To learn more about how scientists at Los Alamos investigate nuclear explosions, visit the new “Explosion Detectives” exhibit at the reopened Bradbury Science Museum in downtown Los Alamos. Admission is free and open to the public.

- Elizabeth Miller is a geologist specializing in nuclear nonproliferation at Los Alamos National Laboratory. The full version of this article first appeared in the Santa Fe New Mexican.