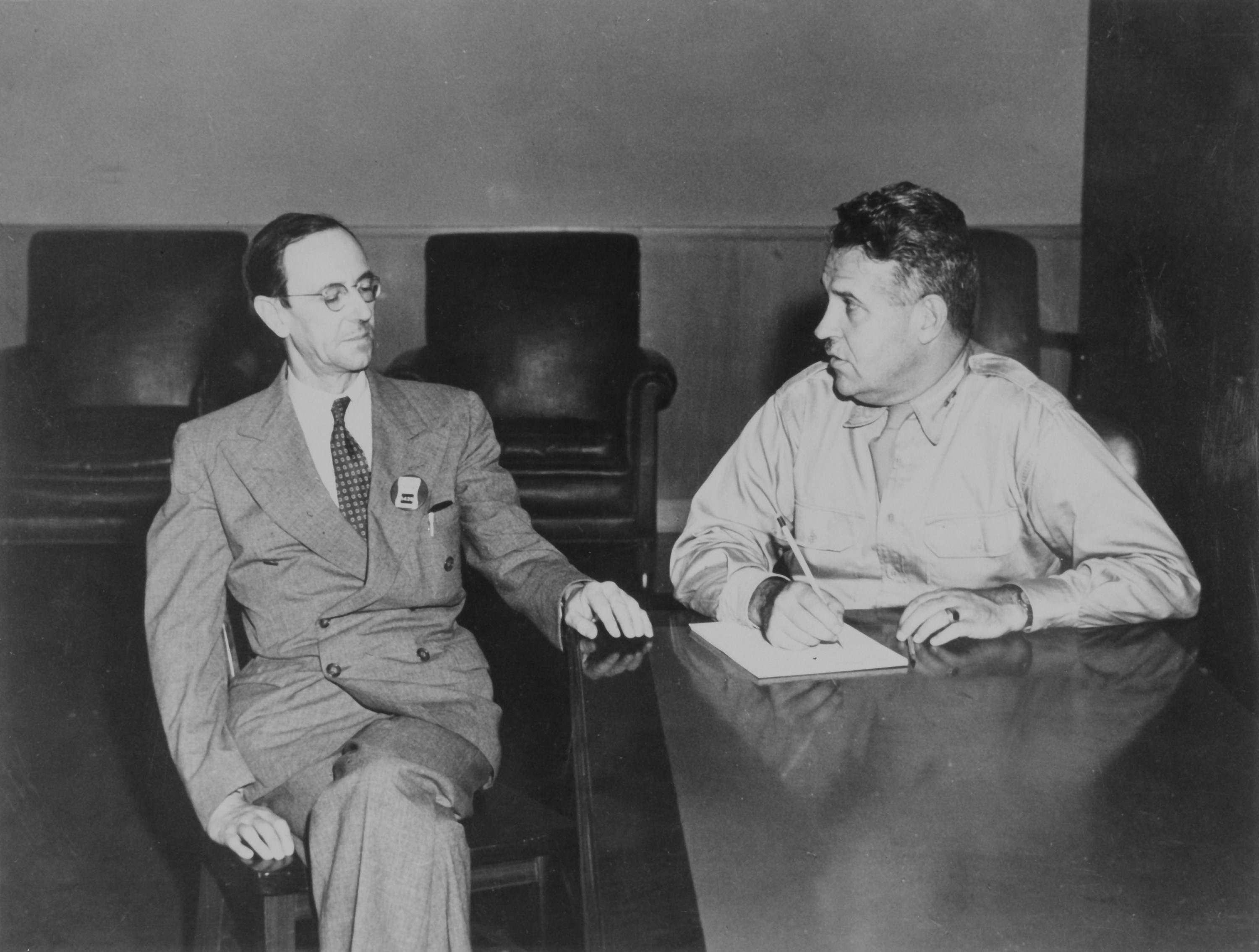 This time of year, Los Alamos transforms into a veritable winter wonderland. The air turns crisp, Ashley Pond freezes, and skiers flock to Pajarito Mountain. During the Manhattan Project, scientists who enjoyed snow activities, like Dane Niels Bohr, felt right at home. But it seems that Sir James Chadwick had no such polar bear tendencies.

Chadwick was a British physicist who received the Nobel Prize in 1935 for proving the existence of neutrons. He led the United Kingdom’s Manhattan Project collaborators, who were collectively known as the British Mission. Chadwick became a trusted ally of project director General Leslie Groves and was one of the few witnesses of the Trinity test.

According to this short video from our friends at the Atomic Heritage Foundation, Chadwick had a low tolerance for a chill in the air. His advice for people coming to Los Alamos? Invest in a good coat and bundle up. The video attributes Chadwick with describing the Los Alamos weather as “severe.”

Maybe it was colder

Of course, severity is relative. According to the National Oceanic and Atmospheric Administration (NOAA), the average January temperature in Los Alamos since 2016 has been 30.4°F (-0.9°C), with 10.4 inches (26.4 cm) of snowfall. Presumably, this weather was similar during Chadwick’s stint in Los Alamos … but perhaps not.

NOAA records the average January temperature and snowfall in Los Alamos from 1940-1942 as 27.9°F (-2.8°C) and 10.7 inches (27.2 cm). Intriguingly, the data on Los Alamos from 1943-1947 — which include the Project Y years — is identified as “missing.” However, a weather report from nearby Santa Fe indicates that January of 1944 was colder than usual, averaging 22.4°F (-5.3°C). As the British Mission had only been in the United States for a few months at this point, this dip in local temperatures may have been a shock.

Comfort seems to have been paramount for Chadwick. Although he and his family lived in a relatively well-appointed log home on Bathtub Row (now known as the Baker House), they found the dirt roads and remote environment of Los Alamos too stark of a change for their home life.

After a few months, they moved out of Los Alamos and relocated to Washington, D.C. From there, Chadwick stayed in close contact with Groves and continued his work in the Manhattan Project.