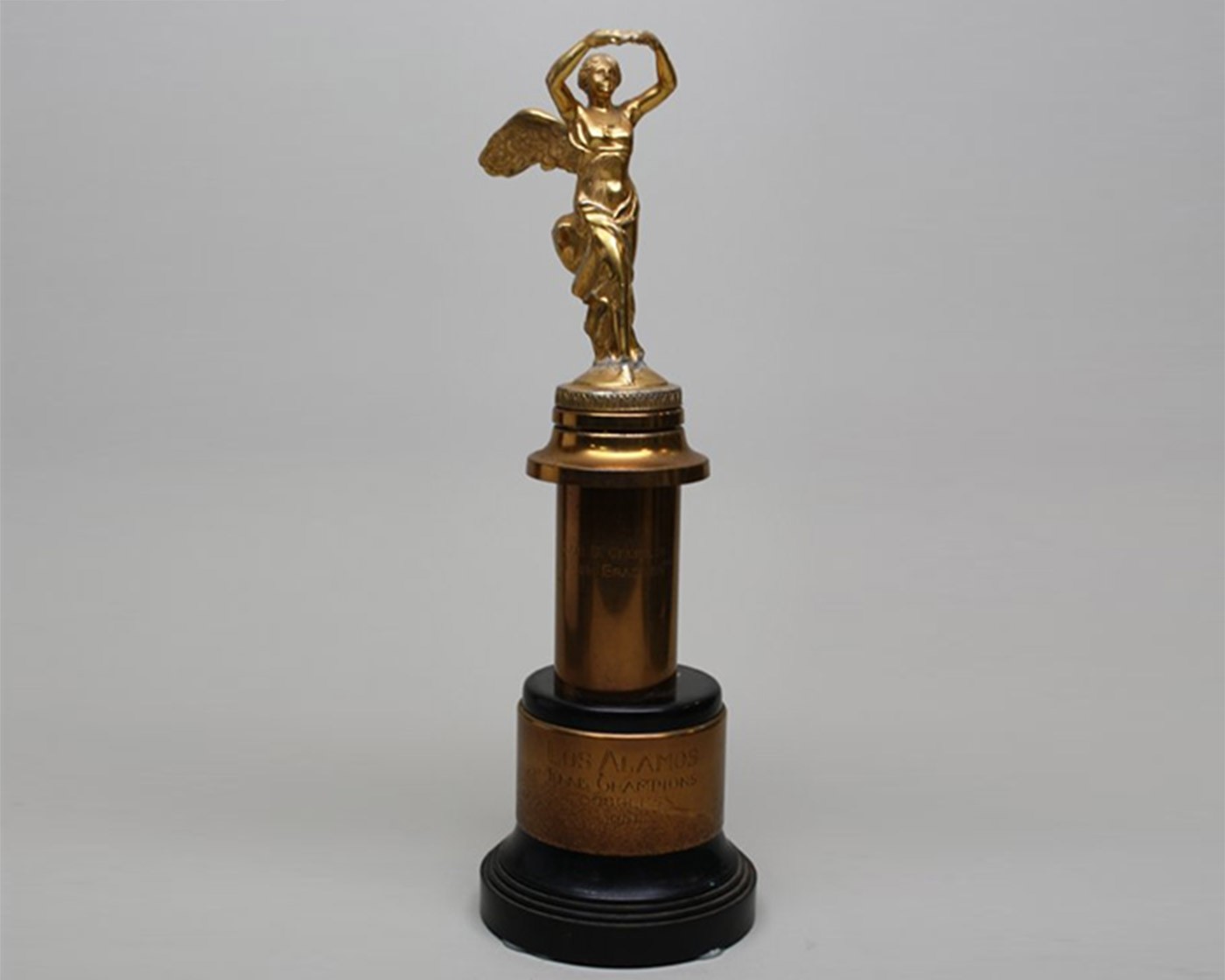 Did you catch Olympics fever this summer? A love for sporting competition has long been a part of the Lab’s social legacy, as this tennis trophy from the Bradbury’s collections shows. Topped with what might be the likeness of Nike, the Greek goddess of victory, the trophy names two Project Y employees as the 1944 Los Alamos Tennis Champions from the doubles division, engineer Carl B. Crumb, Jr., and physicist Hugh Bradner.

As seen in footage from Hugh Bradner’s Project Y-era home movie, Bradner and Crumb had easy elegance on the court, hitting relaxed serves in their proper tennis whites. To glimpse the scientists’ winning match and receipt of the trophy, jump ahead to the 34:18 mark in Bradner’s remarkable film, posted by the Atomic Heritage Foundation.

ICYMI: Unlock a love for learning with this Emmy-nominated documentaryThe fourth atomic spySave the date: Night with a Nerd with Jim Eckles, Sep. 9All Stories