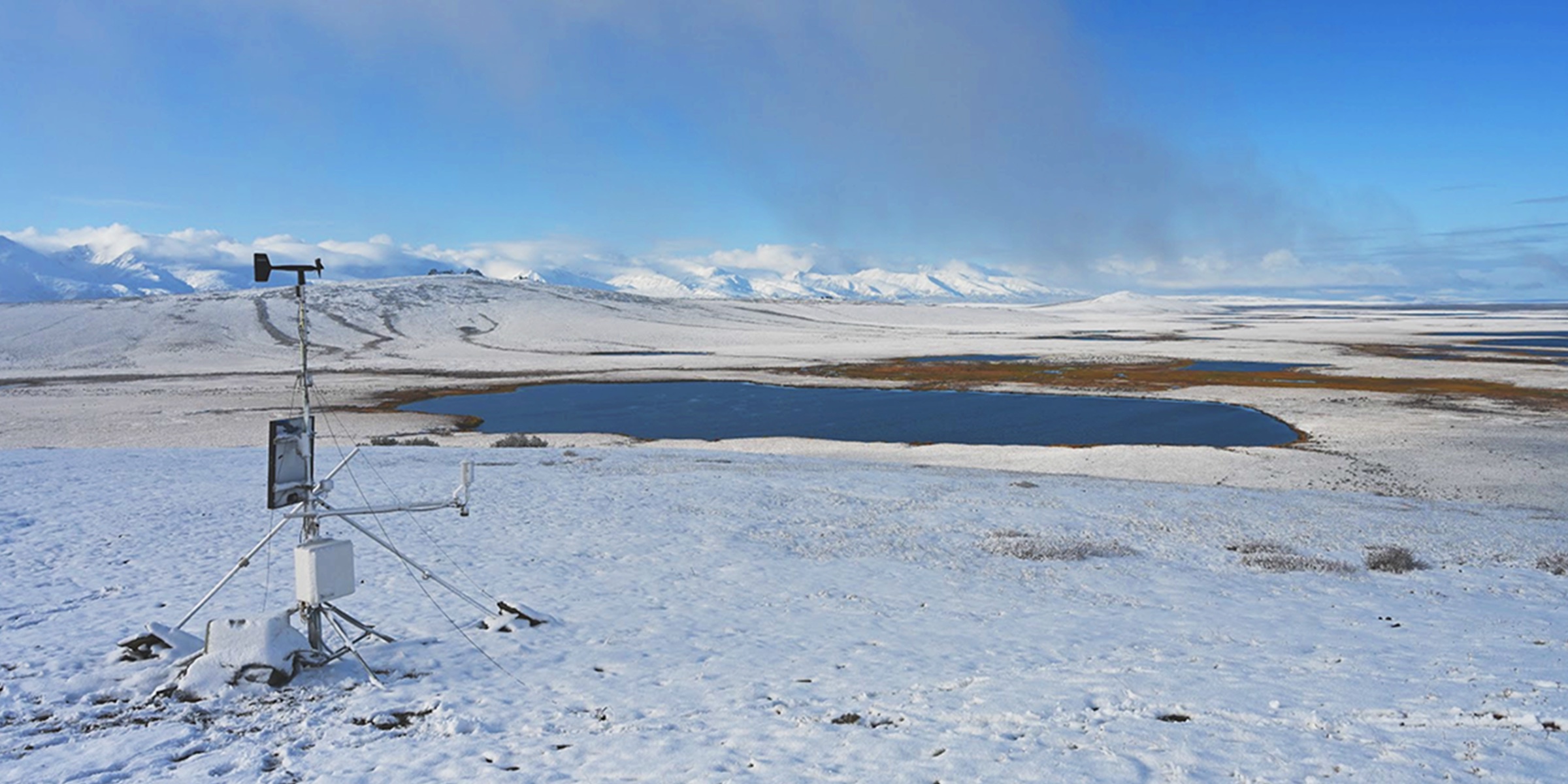 Statistical models based on several seasons of field research on the distribution of snow in Alaska are leading to a deeper understanding of changing hydrology, topography and vegetation dynamics in the Arctic and sub-Arctic. Los Alamos National Laboratory

Comprehensive data from several seasons of field research in the Alaskan Arctic will address uncertainties in Earth-system and climate-change models about snow cover across the region and its impacts on water and the environment.

“Snow cover and its distribution affects not only the Arctic but global energy balances, and thus how it is changing is critically important for understanding how future global climate will shift,” said Katrina Bennett, lead author of the paper in The Cryosphere. Bennett is principal investigator at Los Alamos National Laboratory for the Department of Energy’s Next Generation Ecosystem Experiment Arctic project. “Our statistical model fills in the gap in understanding the spatial distribution of snow.”

The research found that spatial distribution depends most heavily on vegetation, elevation and landscape features, such as stream banks and benches — areas of topographic variability where shrubs grow and snow accumulates.

Bennett said the analysis will be useful in validating physically based permafrost hydrology models, such as the Advanced Terrestrial Simulator developed at Los Alamos. The work will also help validate and provide improved snow redistribution representation in the land surface model within the Department of Energy’s Energy Exascale Earth System Model.

“Ultimately, it will increase our understanding of changing hydrology, topography and vegetation dynamics in the Arctic and sub-Arctic,” Bennett said.

Seasons in the snow

“We want to gratefully acknowledge Mary's Igloo, Sitnasuak and Council Native Corporation for their guidance and for allowing us to conduct our research on their traditional lands,” Bennett said.

The field work focused on collecting end-of-winter snow-depth and snow-density measurements to calculate the amount of water contained within the snowpack. Those measurements characterize the impacts of snow cover on water and temperature better than snow-depth measurements do.

To create a model of snow distribution, the team estimated landscape factors for topography, vegetation and wind, and then quantified their impacts on snow distribution using three statistical models.

The Funding: Department of Energy Office of Science, Office of Biological and Environmental Research through Next Generation Ecosystem Experiment (NGEE) Arctic project.