How miniaturized instruments are helping us better understand the space environment 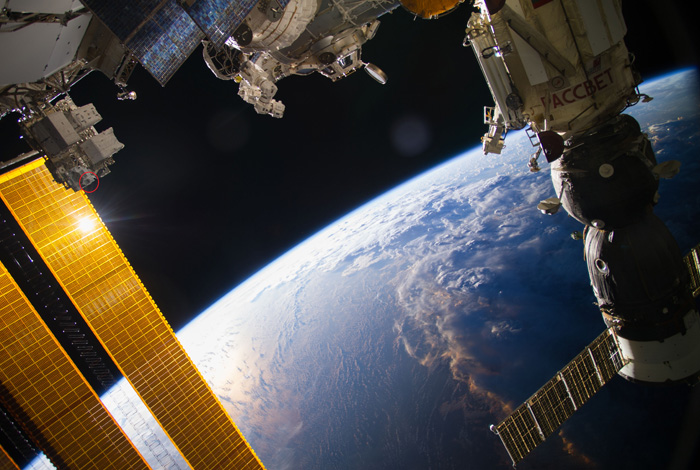 A new miniaturized, rugged and low-cost instrument developed by Los Alamos National Laboratory researchers and collaborators provides in-situ measurements of ion or electron energy, and subsequent derived density, temperature and spacecraft potential, according to a newly published study in the Journal of Spacecraft and Rockets.

Called the Energetic Electrostatic Analyzer (EESA), the instrument was developed as part of a concerted effort to create low size, weight, and power (SWaP) plasma instruments to take measurements of the charged particle populations that exist in the terrestrial ionosphere and magnetosphere, as well as other planetary atmospheres.

“The primary driver behind developing low SWaP instrumentation is to allow for the sensors to be mounted on CubeSats, which will allow for constellations of satellites to perform multipoint measurements and thus provide a significantly improved understanding of the complex and dynamic charged particle environments,” said Carlos Maldonado, a Los Alamos researcher and lead author on "The effects of spacecraft potential on ionospheric ion measurements."

Maldonado noted that the high-cost and associated size, weight, and power requirements of traditional plasma instrumentation prohibits their implementation in large constellation missions. “Additionally, planetary missions are becoming ever more resource constrained, for example, the recent mission to Europa will only host a very simple plasma instrumentation suite due to mass and volume constraints,” he said. “A set of low SWaP instruments such as those we are developing will provide novel options for future mission developers and hopefully prevent the lack of plasma science payloads on future missions.

In the study, Maldonado and the team presented laboratory calibration results using a magnetically filtered low-Earth orbit plasma simulator to quantify the effects of spacecraft charge on laminated analyzer ion energy distribution measurements and the resulting impact on the derived temperature and density values. The calibration results are then applied as an empirical correction method to STPSat-3 integrated Miniaturized Electrostatic Analyzer (iMESA) data to present corrected temperature and density values. Application of the empirical correction factor improved the agreement between in-situ measurements and the IRI model in terms of ion temperature by 0.01 eV, and in terms of density to within 20 percent. This same correction method is now being implemented to improve the science data provided by the Autonomous Plume Sentry that was mounted on the Space Test Program – Houston 5 (STP-H5) science payload, shown in the image below.

The latest generation of the laminated analyzer developed by Maldonado will fly onboard the STP-H10 science pallet and will be mounted to the International Space Station in late 2021. The new design will allow for improved observations of the Equatorial Ionization Anomaly and ionospheric properties.