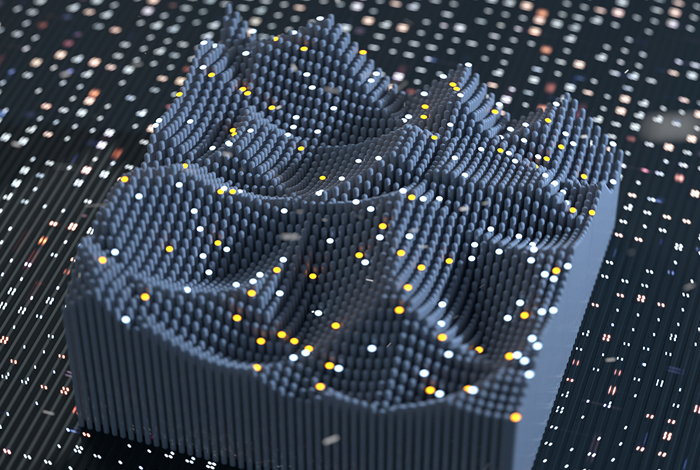 The Quantum Annealing Single-qubit Assessment (QASA) protocol runs in parallel for all qubits on a quantum annealing device, providing a detailed characterization of the properties of individual qubits, such as their effective temperature, noise, and bias.

LOS ALAMOS, N.M., June 30, 2021—High-performance computer users in the market for a quantum annealing machine or looking for ways to get the most out of one they already have will benefit from a new, open-source software tool for evaluating these emerging platforms at the individual qubit level.

“We were motivated by the need for validation and verification of quantum annealers, similar to what is currently done by organizations when they purchase a new classical supercomputer,” said Carleton Coffrin, a computer scientist and expert in artificial intelligence at Los Alamos. “They conduct acceptance testing on a huge set of benchmarks. We didn’t have good analogs for that on the quantum annealing computers. For quantum annealing, our new a Quantum Annealing Single-qubit Assessment, or QASA, protocol gives us one tool for acceptance testing.”

Coffrin is principal investigator of the project “Accelerating Combinatorial Optimization with Noisy Analog Hardware,” which developed the paper, “Single-Qubit Fidelity Assessment of Quantum Annealing Hardware.” QASA is available as open-source software at https://github.com/lanl-ansi/QASA.

“The QASA protocol could eventually find a wide range of uses, such as tracking improved performance in quantum annealing computers and helping hardware developers spot inconsistencies in their own devices,” Coffrin said. With the protocol, users of quantum annealers could also calibrate their algorithms to their specific computers.

“Characterizing the noise in the system is probably the most impactful thing because it’s the least well-recognized aspect of the hardware,” Coffrin noted. “We can measure it, and understand how it’s distributed throughout the whole hardware.”

The protocol sheds light on the variability of qubit properties across the entire computer. With this detailed analysis of the properties of each qubit, quantum annealer users can employ QASA to quickly verify the level of consistency across the hardware’s qubits and either avoid or compensate for non-ideal qubits. Users also use this information to calibrate idealized quantum simulations running on specific hardware devices.

The analysis also yields several key metrics, such as qubit noise, that support tracking technical improvements on quantum annealing hardware as it is developed.

As both gate-based quantum computers and quantum annealing computers move from science projects to real-world tasks, measuring and tracking changes in the fidelity of quantum hardware platforms is essential to understanding the limitations of these devices and quantifying progress as these platforms continue to improve, the paper states.

In a data-driven discovery process, Coffrin said, the Los Alamos team used machine learning and data from a D-Wave 2000Q computer at the Laboratory to develop the QASA protocol, which can run on any quantum annealer.

“We ran a bunch of experiments on our D-Wave, putting in different values for one parameter, and watched what happened,” he said. The results yielded a surprising curve when graphed. “We had to develop a new theoretical model to correspond to what’s going on.” Then the team designed a machine-learning method that fit the theoretical model to the data.

Quantum annealing computers operate on a different principle than gate-based quantum computers, which use gates analogous to the logic gates on a classical binary computer. Quantum annealers leverage a smooth quantum evolution to exploit fundamental quantum principles in finding high quality solutions. This process is more specialized than gate-based computer but is still sufficient to solve challenging computational problems in fields such as magnetic materials, machine learning and optimization, all of which rely on optimization, or finding the best answer among all plausible answers. For example, finding the shortest route for a delivery truck dropping packages at multiple locations is a classic optimization problem.