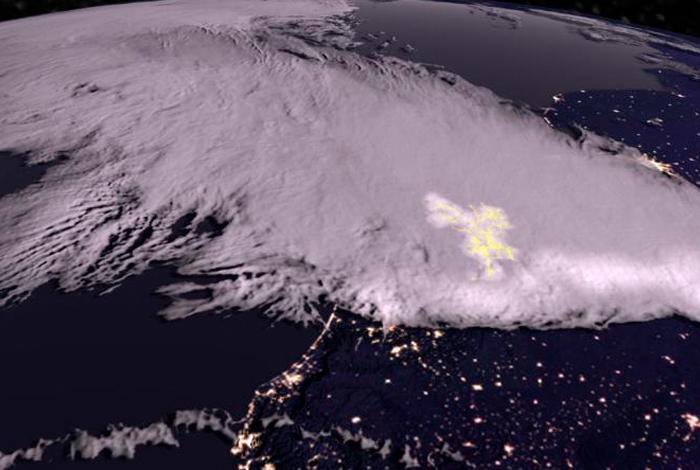 Megaflashes can now be identified across the globe with the use of geostationary satellites.

As the summer skies start to roil with thunderstorms, New Mexicans get a front-and-center seat to some spectacular lightning displays. We may even count the time between spotting the flash and hearing the roar, a means to calculate the distance of the lightning that ensures we’re a safe distance from the strike.

In most cases, if the flash of light and clap of thunder are more than 30 seconds apart, it usually indicates enough distance from the storm to avoid being struck. But this applies only to normal thunderstorms that are small and send bolts vertically from the cloud directly to the ground. For one in ten lightning flashes, globally, this is not the case.

In the early 1980s, an astronaut looked down upon the Earth from the Space Shuttle and saw a massive flash of lightning that seemed to grow horizontally through the cloud cover, spreading in a long web – long enough, obviously, to be seen by the naked eye from space. These long horizontal flashes have been observed periodically since the 1970s and given such descriptive names as “spider lightning” or “anvil crawlers,” but our understanding of them has been incomplete.