Top community and operations stories of 2021 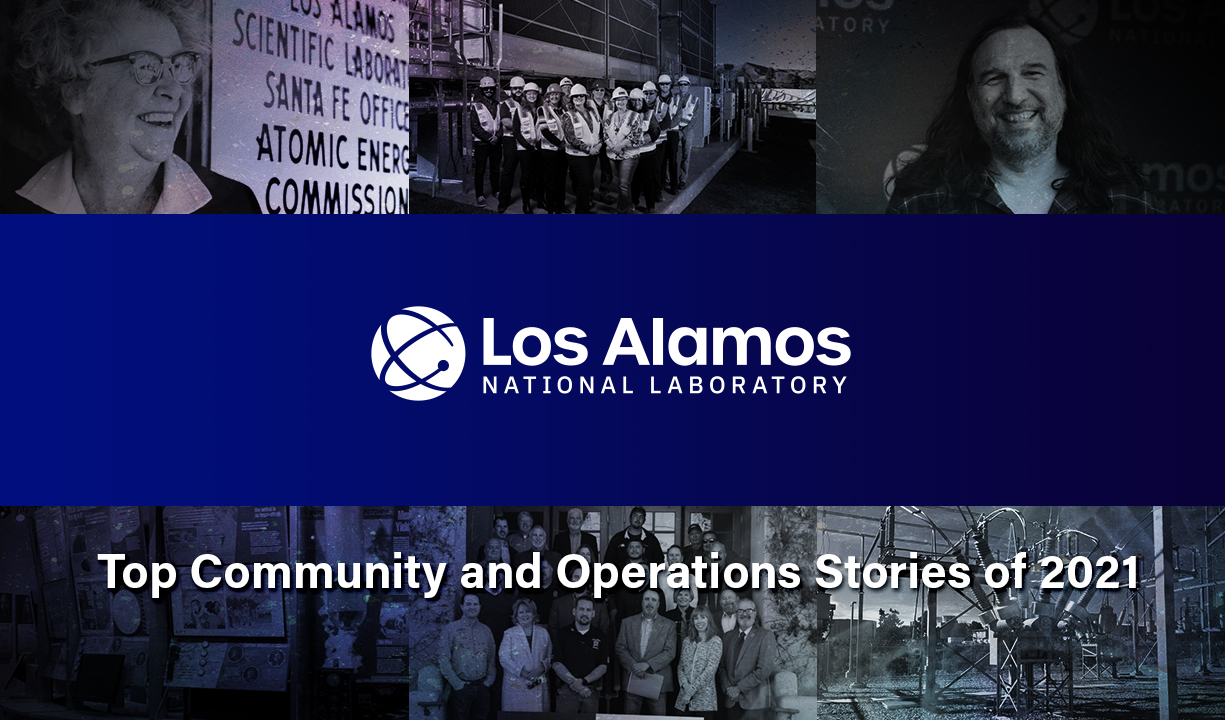 State-of-the-art facility supplies electricity to Los Alamos County, Lab
A new power substation with advanced safety features replaced a 70-year-old system in October. This substation has greater current-carrying capacity and will allow for expansion and flexibility as the power needs change.  The substation, which supplies power to Los Alamos County and much of the Laboratory, went live after passing rigorous testing.

Building a community and economic hub in Santa Fe
Los Alamos National Laboratory reopened an office in New Mexico’s capital with a 10-year lease on a building near downtown Santa Fe. The Santa Fe Chamber of Commerce welcomed the Lab’s return to the capital and noted that the Laboratory is one of the largest employers in Northern New Mexico. The 28,000-square-foot office space will house about 75 employees as the Lab advances educational partnerships, workforce development, recruiting and technology transfer from its Santa Fe hub.

Large computing cooling project earns Achievement Award from Secretary of Energy
The Los Alamos Capital Projects team responsible for managing the Exascale Class Computing Cooling Equipment (ECCCE) project was recognized in July for construction of the project that was completed $20 million under budget and 10 months early. The project greatly improved the Laboratory’s high-performance computing capability and, by extension, national security. The Achievement Award is specifically for project teams that demonstrated significant results on projects completed under budget and ahead of schedule. Los Alamos was one of three National Nuclear Security Administration laboratories to win the award.

NEWS STORY: Bradbury Museum features “Explosion Detectives” exhibit
The Bradbury Science Museum unveiled its “Explosion Detectives” exhibit, which allows visitors to study energy waves through the ground. Los Alamos seismologist Kathy Snelson and other scientists study ground motion to understand various types of explosions and to tell the difference between a chemical explosion and a natural event, such as an earthquake. The museum houses about 60 interactive exhibits and provides insight into research on national and international economic, environmental, political and social issues.

NEWS STORY: Los Alamos scientist one of '10 who made a difference'
Los Alamos scientist Mark Galassi was named one of the Santa Fe New Mexican’s “10 Who Made a Difference” for his dedication to Santa Fe youth. He begins building connections with young students through the Santa Fe Chess Club, which he founded. “You can have children playing chess as if they’re playing bocce or bowling,” Galassi said. Kids in the chess program are then introduced to his free computing classes, such as the 10-hour Serious Computer Programming workshop for those in sixth grade and older.