Adieu, 2022! Test your knowledge of a year of Lab science with this fun quiz

From beer-brewing technology to pollution prevention, how much do you know about these science marvels? 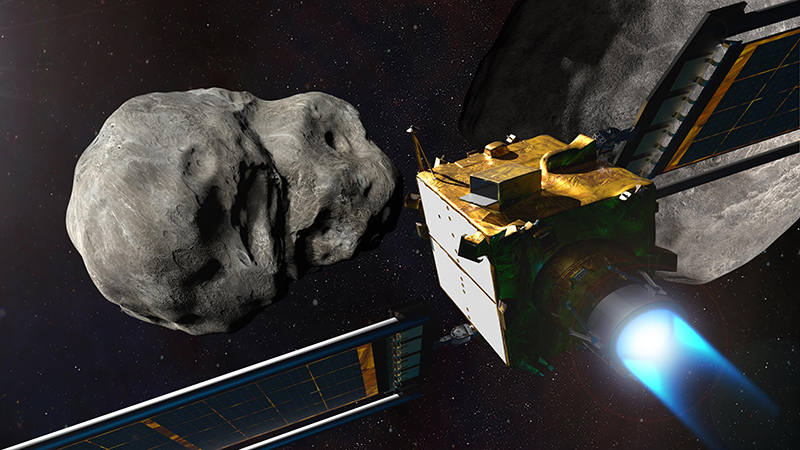 1. The Laboratory’s supercomputer Crossroads has components named Tycho, Rocinante and Razorback. These names come from which television series?

2. Neural networks are the frameworks that most current artificial intelligence technology is built on. Which of the following is not powered by AI?

A. It can be implemented using carbon dioxide from coal and natural gas plants, other industrial processes and even the atmosphere itself.
B. It is a technically achievable method for capturing carbon dioxide and permanently storing it underground.
C. It underpins most paths to reining in climate change and achieving the Intergovernmental Panel on Climate Change goal to limit global temperature increases to 1.5 degrees Celsius.
D. All of the above.

A. An epidemic of avian influenza
B. Unexpected outbreaks notable for their duration, spread or severity
C. A large new bird at Ashley Pond
D. An avant-garde ballet

6. The Curiosity rover has been on Mars for more than 10 years and has discovered all of the following except

7. A new theorem proving quantum neural networks require only a small amount of data is considered a breakthrough because it

A. Eliminates a roadblock to quantum computing
B. Has enabled self-driving cars to navigate in snowstorms
C. Disproves the butterfly effect
D. Raises the level of computer performance for quantum advantage

8. A key piece of successful pollution prevention strategy is identifying pollutant trace-gas sources. What new technology is the Laboratory using to detect these gases?

A. Ground-based carbon dioxide sensors
B. Monitors on smokestacks at coal plants
C. Imagers on miniature satellites
D. All of the above

12. When Los Alamos National Laboratory scientists put together a new computer model, they attempted to “measure what you can’t detect.” What were they referring to?

A. Tracking Mexican spotted owls in Los Alamos’ canyons
B. The edge of the universe
C. Evidence of life on Mars
D. Accounting for asymptomatic COVID-19 cases

13. What was the original name of the facility now known as the Los Alamos Neutron Science Center when it opened in 1972?

14. During research that discovered a new phase of matter in ytterbium dodecaboride (YbB12), unusual behavior in what property was revealed?

A. Electrical resistance and conductivity
B. Malleability
C. Shape and density
D. Boiling and melting point

15. A study led by a Los Alamos researcher corrects an important error in the 3D mathematical space developed by which Nobel Prize-winning physicist?

Scroll down for answers.

1. Answer: A. Key Crossroads components Tycho, Rocinante and Razorback are all named for spacecraft from "The Expanse" — a 2015-2022 sci-fi TV series based on novels written by James S.A. Corey (pen name of authors Ty Franck and Daniel Abraham, both of whom have New Mexico ties). Read the full story here.

2. Answer: A. Despite their name, smart cars don’t actually have any AI technology. Read more about AI and neural networks here.

5. Answer: B. Los Alamos researchers designed a tool to help public health professionals understand and respond to potential “black swan” disease outbreaks by comparing them to historical ones. Read the full story here.

6. Answer: D. While the rover has discovered ancient signs of life, it has yet to discover any cellular life. Read more about Curiosity’s journey here.

7. Answer: A. “Many people believe that quantum machine learning will require a lot of data. We have rigorously shown that for many relevant problems, this is not the case,” said Lukasz Cincio, a quantum theorist at Los Alamos National Laboratory and co-author of the paper containing the proof published in the journal Nature Communications. Read the full story here.

9. Answer: B. Microbiologist Harshini Mukundan was among 120 women in science honored with statues during Women’s History Month. Read the full story here.

11. Answer: D. The Laboratory provided high-performance computer modeling to predict what happens when DART hits the asteroid Dimorphos. Read articles about it here and here.

12. Answer: D. Asymptomatic COVID-19 cases are the bane of computer modelers’ existences because they throw off the modeling data. A new approach to computer modeling, however, used historic epidemic data from eight countries to estimate the transmission rate and fraction of underreported COVID-19 cases. Read the full story here.

13. Answer: C. In early June 1972, the world’s most intense proton beam was delivered through nearly a mile of vacuum tanks at the new Los Alamos Meson Physics Facility, now known as the Los Alamos Neutron Science Center, or LANSCE.Read the full story here.

14. Answer: A. Working with YbB12 under extreme conditions, a research team at the National High Magnetic Field Laboratory’s Pulsed Field Facility, or MagLab, in Los Alamos recently measured and identified unusual behavioral properties, especially in how the material can carry electrical charges, that reflect a new phase of matter. Read the full story here.

15. Answer: B. “Our research shows that the current mathematical model of how the eye perceives color differences is incorrect. That model was suggested by Bernhard Riemann and developed by Hermann von Helmholtz and Erwin Schrödinger — all giants in mathematics and physics — and proving one of them wrong is pretty much the dream of a scientist,” said Roxana Bujack, a computer scientist with a background in mathematics who creates scientific visualizations at Los Alamos National Laboratory. Bujack is lead author of a paper by a Los Alamos team in the Proceedings of the National Academy of Science on the mathematics of color perception. Read the full article here.