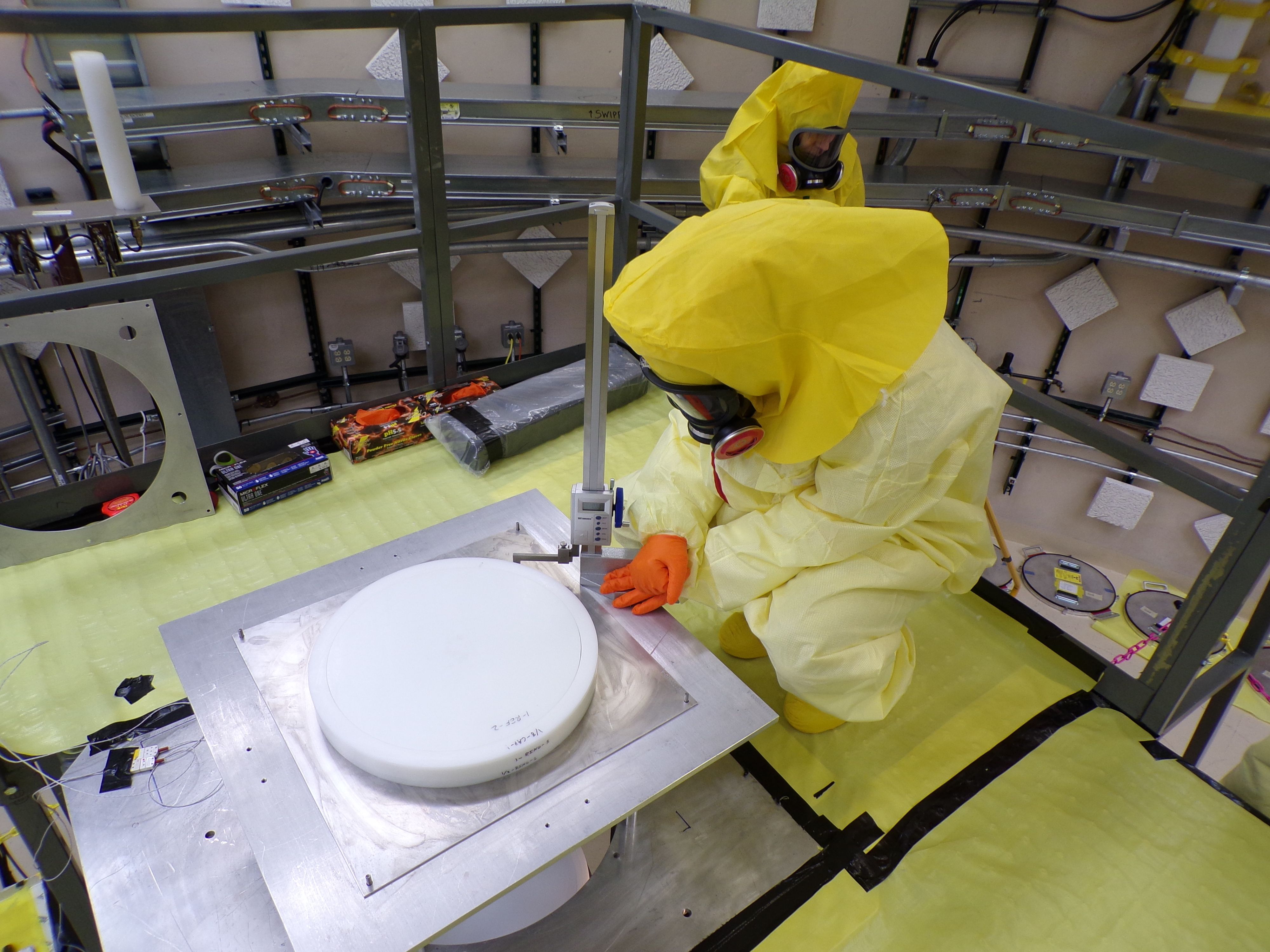 The National Criticality Experiments Research Center (NCERC) is celebrating 10 years of operations and what an incredible decade it’s been.

Since its move from Los Alamos National Laboratory to Nevada in 2011, NCERC has distinguished itself as the only general-purpose facility of its kind in the United States and one of only a few that remain operational throughout the world. The research center supports work relevant to nuclear stockpile stewardship, nuclear reactor advancements and global nuclear safeguards.

“I’m so impressed with the outstanding criticality research conducted by Los Alamos experts over the past decade at NCERC, and I look forward to even more amazing experimental work over the next 10 years,” said Nancy Jo Nicholas, associate Laboratory director for Global Security.

Special edition: Read all about it

Over the past decade, NCERC has hosted more than 50 experiments executed using its one-of-a-kind critical assemblies. In addition, approximately 20 radiation test object (RTO) campaigns have taken place in the facility’s high bays with various measurement and training activities, totaling 500+ days of RTO operations.

To commemorate the center’s anniversary, a special issue of Nuclear Science and Engineering was prepared with papers focusing on each of the four critical assemblies and one on RTO measurements. It documents the work accomplished following NCERC’s relocation and place it within the historical context.

The open-access issue provides a resource to access references for the majority of the work performed over the past decade.

Get the special issue.

NCERC maintains an essential skill base of nuclear material handling and criticality safety expertise based on experimental capability. These are some of the most highly trained individuals and specialized capabilities on earth.

The facility’s mission is to enable experiments and training with critical assemblies and fissionable material, at or near the critical state, in order to explore reactivity phenomena. Criticality experiments are generally low-power operations with fissile materials, such as plutonium or enriched uranium, conducted to bring these materials to the critical point at which the fission process becomes self-sustaining.

This fission process must be inherently understood and controlled to ensure the safety, security and reliability of both the nation’s nuclear weapons stockpile and future reactor designs.

Because this facility and its capabilities are unique to the western world, Los Alamos collaborates with the French, British, Japanese and others on fundamental physics experiments. These collaborations provide invaluable information and data to the nuclear community at-large for the continued development and maintenance of global nuclear safeguards.

Los Alamos scientists, researchers and engineers designed and fabricated the critical assembly machines that continue to be in operation today:

Planet was the first assembly to perform a critical operation at NCERC, achieving that status in June 2011, and Comet followed two months later.

Flattop, with its massive stationary and moveable reflectors requiring very careful alignment, achieved critical with its uranium core in November 2011. Flattop’s other core, composed of plutonium, was taken critical in August 2016.

Godiva IV achieved critical in October 2012 and one year later, the first super-prompt critical operation occurred with a Godiva burst in September 2013. (Prompt critical is a reactivity level above delayed critical where the system is self-sustaining on prompt neutrons alone.)

Critical experiments (as they were called then) began in 1943 at the Laboratory’s Technical Area-2 in Los Alamos, supporting the Manhattan Project effort to produce the first nuclear weapons. Later the critical experiments capability moved to TA-18, in 1946, where it operated as the Los Alamos Critical Experiments Facility (LACEF). The last critical operation was in 2005.

After an arduous 6-year transition from Los Alamos to the Device Assembly Facility at the Nevada National Security Site, Los Alamos restarted critical experiment operations in 2011.

The re-establishment of an operating Hazard Category II nuclear facility is a significant achievement that was the culmination of years of effort spanning many disciplines: nuclear operations, criticality safety, safety basis development, control system design, nuclear material packaging and transport, and many others.