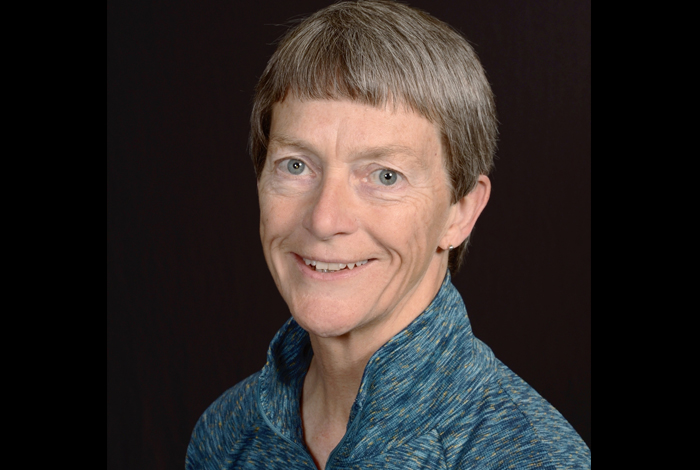 LOS ALAMOS, N.M., Dec. 11, 2019—Michelle Thomsen, a Los Alamos National Laboratory fellow and guest scientist, was awarded the John Adam Fleming Medal by the American Geophysical Union today at a ceremony in San Francisco, Calif. The Fleming Medal is given annually to one honoree in recognition of original research and technical leadership in geomagnetism, atmospheric electricity, aeronomy, space physics, or related sciences. Previous winners include James Van Allen (for whom the Van Allen Belts and Van Allen Probes are named) and Eugene Parker (namesake of the Parker Solar Probes).

“Dr. Thomsen is extremely deserving of this award and we’re proud to call her one of our own,” said Thom Mason, director of Los Alamos National Laboratory. “The Fleming Medal recognizes exceptional scientists whose contributions have fundamentally changed the way we understand the space environment—and this is exactly what Dr. Thomsen’s research has done.”

Nancy Jo Nicholas, associate laboratory director, added, “Her work has significantly increased our understanding of collisionless shocks and the dynamics of the magnetospheres of Earth, Jupiter, and Saturn. She has also given selflessly of her time to mentor up-and-coming scientists—serving as a role model for scientific rigor and excellence. It’s no surprise that she has been selected for this special honor.”

Beginning with her graduate work, Thomsen analyzed data from the early planetary missions Pioneer 10 and 11—making some of the initial discoveries related to Jupiter’s and Saturn’s magnetospheres that became the foundation for later missions and analyses.

She joined Los Alamos National Laboratory in 1981, where she used measurements from the two-spacecraft ISEE mission to explore the physics of collisionless shocks. She then played a central role in analyzing data from the plasma instruments onboard the Los Alamos geosynchronous satellite network to investigate the effects of the solar wind on the Earth’s magnetosphere.

She also led the Los Alamos team in its analysis of plasma data from the Cassini mission to Saturn and its moons, leading to several key discoveries about plasma sources and the influence of planetary rotation on magnetospheric dynamics.

Thomsen’s work continues today as a member of the teams studying the influence of solar wind on the magnetospheres of Jupiter and Saturn.

Thomsen received her Ph.D. in physics in 1977 from the University of Iowa. She is now a guest scientist at the Laboratory, as well as a senior scientist at the Planetary Science Institute since 2013.