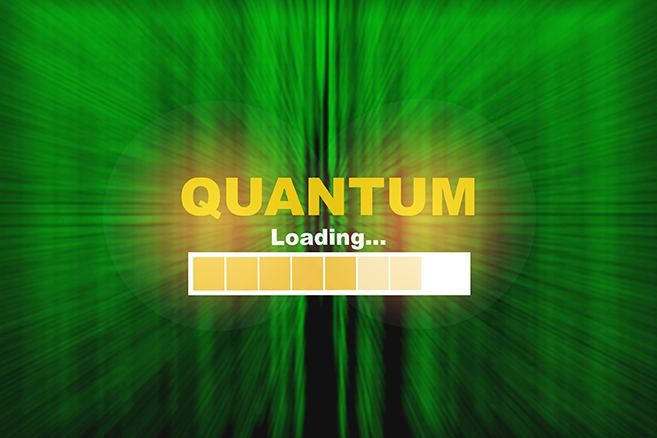 LOS ALAMOS, N.M., Dec. 9, 2021—A new discovery shows that noise fundamentally limits the most promising path to quantum advantage on today’s noisy intermediate-scale quantum computers. The current go-to approach for solving practical tasks on today’s quantum devices, called variational quantum algorithms, is destined to stall out due to noise-induced corruption of information on the quantum device.

“Quantum computers process information by encoding it in the state of a quantum system and performing logic operations—that is, gates—on it. On today’s noisy, intermediate-scale quantum computers, however, each gate is imperfect, and errors accumulate as more gates are applied,” said Patrick Coles, a theoretical physicist studying quantum algorithms at Los Alamos National Laboratory and senior author on the paper by a Los Alamos team in Nature Communications.

“Our paper says that algorithms with a long sequence of gates, or deep quantum circuits, run into issues because of noise, where eventually all the relevant features of the problem get erased by noise,” Coles said. “This has impact on specific applications that researchers were hoping to run on noisy, intermediate-scale quantum devices.”

The Nature Communications paper found that the main applications for variational quantum algorithms, such as chemical discovery and the kinds of optimization problems found in transportation and finance, for instance, were susceptible to such noise-induced issues, where the runtime on the quantum computer is not short enough to prevent noise from fully corrupting the information being processed.

“While our results show that noise imposes a severe limitation on the depth of quantum circuits that you can implement, our results are not restrictive—they don’t say there’s nothing useful you can do with NISQ computers,” said Marco Cerezo, a coauthor of the paper and physicist specializing in quantum computing, quantum machine learning, and quantum information at Los Alamos. “You just have to be careful with the depth of circuits, or number of gates. There is a tradeoff that we have to be aware of. We might want to run deeper algorithms as these can process information better, but these are also more error-prone and susceptible to the information corruption effects of noise.”

Two factors can influence how much the information gets corrupted, the level of noise and depth of circuit, Coles explained. “The faster you make a circuit grow with increased problem size, the quicker you lose your relevant features to noise, so if you can figure out a problem to be solved with shallow circuits, it will run.”

The Los Alamos team recently demonstrated that one such shallow architecture machine learning model, called the quantum convolutional neural network, scales well with the problem size. Specifically, it avoids the so-called barren plateau phenomenon, where the gradient vanishes exponentially with the problem size. Generally, quantum machine learning and classification problems, which use shallow-depth circuits, may be a good path towards a practical use of NISQ devices.