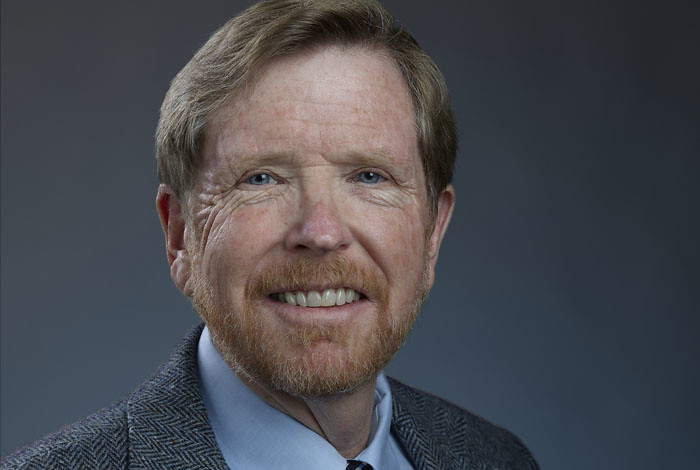 “Dr. Wallace’s unique skills, experience and national security expertise make him the right person to lead Los Alamos in service to the country” said Pattiz. “Terry’s expertise in forensic seismology, a highly-specialized discipline, makes him an acknowledged international authority on the detection and quantification of nuclear tests.”

Wallace, age 61, will succeed Dr. Charlie McMillan, who announced in September his plans to retire from the Laboratory by the end of the year. Wallace becomes the 11th Director in the Laboratory’s nearly 75-year history.

Dr. Wallace served as Principal Associate Director for Science, Technology, and Engineering (PADSTE) from 2006 to 2011 and as Associate Director of Strategic Research from 2005 to 2006. In those positions, he integrated the expertise from all basic science programs and five expansive science and engineering organizations to support LANL’s nuclear-weapons, threat-reduction, and national-security missions.

Wallace was selected following a search and selection process conducted by members of the LANS Board.

“I am honored and humbled to be leading Los Alamos National Laboratory,” said Wallace. “Our Laboratory’s mission has never been more important than it is today.  “As Director, I am determined to extend, if not strengthen our 75-year legacy of scientific excellence in support of our national interests well into the future.”

Pattiz praised outgoing Director McMillan’s dedication and 35 years of service to Los Alamos, Lawrence Livermore and LANS: “Charlie McMillan has led Los Alamos National Laboratory with a rare combination of commitment, intelligence and hard work. We believe he has put this iconic institution in a strong position to continue serving the country for many years to come.”

Wallace first worked at Los Alamos Scientific Laboratory as an undergraduate student in 1975, and returned to the Laboratory in 2003.

Before returning to the Laboratory, Wallace spent 20 years as a professor with the University of Arizona with appointments to both the Geoscience Department and the Applied Mathematics Program. His scholarly work has earned him recognition as a leader within the worldwide geological community; he was awarded the American Geophysical Union’s prestigious Macelwane Medal, and has the rare honor of having a mineral named after him by the International Mineralogical Association Commission on New Minerals, Nomenclature and Classification

Wallace is a Fellow of the American Geophysical Union (AGU). Wallace has served as President of the Seismological Society of America, Chairman of the Incorporated Institutions for Research in Seismology. He is the co-author of the most widely used seismology textbook, “Modern Global Seismology”, and has authored more than 100 peer review articles on various aspects of seismology. Wallace chaired The National Academy of Science Committee on Seismology and Geodynamics for 6 years, and was a member of the Board of Earth Science and Resources.

Wallace currently resides in Los Alamos. He has been married to Dr. Michelle Hall for over 29 years and they have a son, David, and two grandchildren. He was raised in Los Alamos and is a 1974 graduate of Los Alamos High School.

Dr. Wallace is the son of the late Terry Wallace, Sr. and the late Jeanette Wallace and is a second-generation Laboratory employee.