Los Alamos scientists couldn’t get enough of this sweet treat 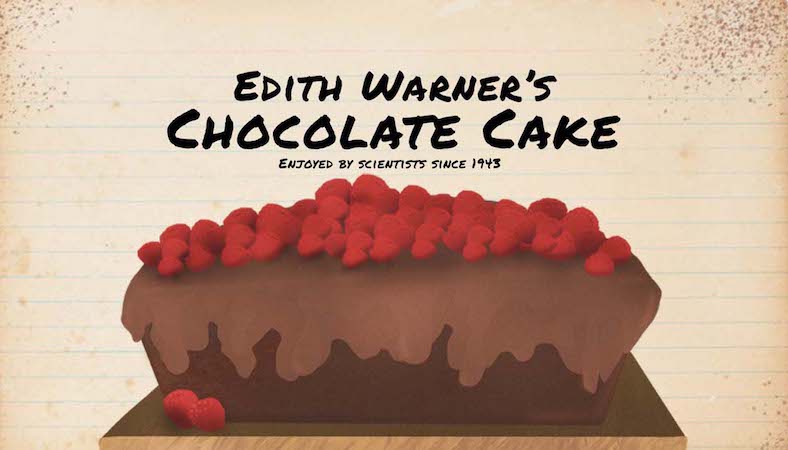 In 27 months, Manhattan Project scientists created the world’s first nuclear weapons. They had a six-day workweek and a goal of harnessing atomic power before Adolf Hitler did. Amidst this constant stress, morale building was in order.

In a nod to National Cake Day (Nov. 26), here’s how one woman and her chocolate cake had a role in building scientists’ spirits as they discovered how to turn atoms into energy.

When Los Alamos scientists needed a break, they drove halfway to Santa Fe and stopped at Otowi Crossing. Near a wood suspension bridge, too rickety for Army trucks to cross, Edith Warner had a tea room, a single gas pump and a small guest cottage.

Soon-to-be Lab Director J. Robert Oppenheimer met Warner in the summer of 1937. Years later, after the then-secret Los Alamos Lab was up and running, Oppenheimer convinced his boss, Gen. Leslie Groves, to allow scientists to visit Warner’s home for dinner, as long as it was closed to the public.

Throughout the war, Warner offered dinner at $2 a head and didn’t accept tips. She served five to six couples a night, sometimes having two seatings, but eventually had to scale back for health reasons. No running water, no electricity and a wood stove made for a 16-hour shift.

Warner had no phone. According to “In the Shadow of Los Alamos,” future Lab director Harold Agnew made in-person reservations, “a minute after midnight when Edith said she had a couple of openings and would give them on a first-come basis on a certain date. He said he wasn’t the only one there at that hour with the same idea.”

You can make the cake the scientists adored. Warner freely shared her recipe. This version appeared in “The House at Otowi Bridge” by Peggy Pond Church. (Be sure to use the recipe below; previous printings had an error in the amount of flour.)