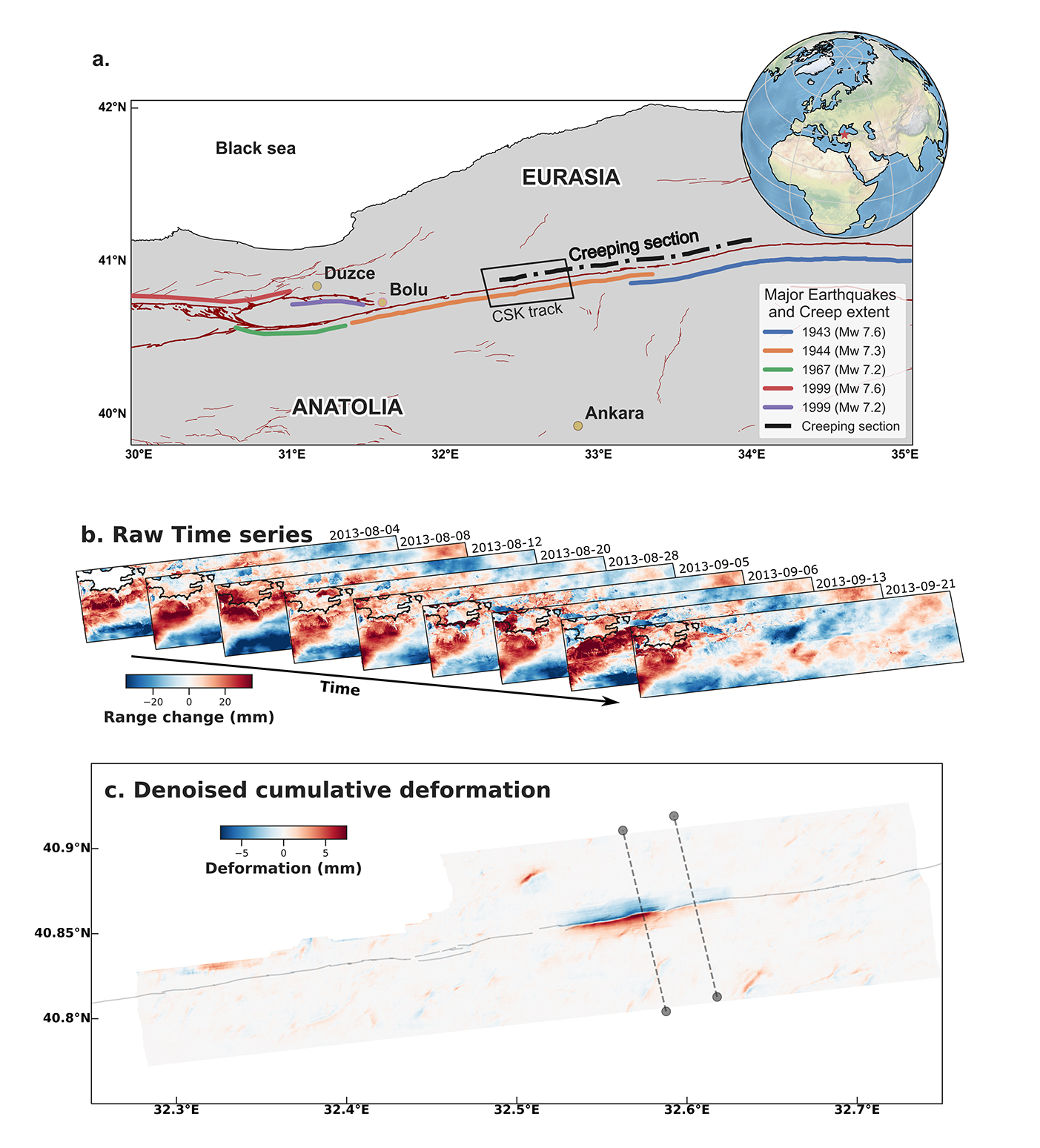 An image showing improved detection of a slow earthquake in Turkey.

“Applying machine learning to InSAR data gives us a new way to understand the physics behind tectonic faults and earthquakes,” said Bertrand Rouet-Leduc, a geophysicist in Los Alamos’ Geophysics group. “That’s crucial to understanding the full spectrum of earthquake behavior.”

New satellites, such as the Sentinel 1 Satellite Constellation and the upcoming NISAR Satellite, are opening a new window into tectonic processes by allowing researchers to observe length and time scales that were not possible in the past. However, existing algorithms are not suited for the vast amount of InSAR data flowing in from these new satellites, and even more data will be available in the near future.

In order to process all of this data, the team at Los Alamos developed the first tool based on machine learning algorithms to extract ground deformation from InSAR data, which enables the detection of ground deformation automatically—without human intervention—at a global scale. Equipped with autonomous detection of deformation on faults, this tool can help close the gap in existing detection capabilities and form the foundations for a systematic exploration of the properties of active faults.

The team’s new methodology enables the detection of ground deformation automatically at a global scale, with a much finer temporal resolution than existing approaches, and a detection threshold of a few millimeters.  Previous detection thresholds were in the centimeter range.

In preliminary results of the approach, applied to data over the North Anatolian Fault, the method reaches two millimeter detection, revealing a slow earthquakes twice as extensive as previously recognized.=

The results are detailed in the paper “Autonomous Extraction of Millimeter-scale Deformation in InSAR Time Series Using Deep Learning,” which was published in Nature Communications, DOI: 10.1038/s41467-021-26254-3