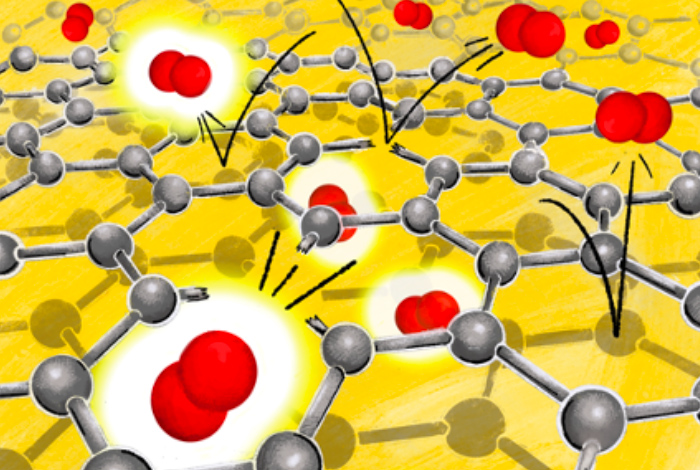 LOS ALAMOS, N.M., Oct. 29, 2020—Trace amounts of graphene could create a decades-long protective barrier against oxygen corrosion for cars, aircrafts, and ships--but evaluating its effectiveness has been a challenge, until now. Los Alamos National Laboratory scientists report a possible solution in the latest issue of The Journal of Physical Chemistry Letters.

“It’s about creating and using extra-corrosive air and observing its accelerated effect on the graphene-protected materials. Simply by imparting oxygen gas molecules with a slight kinetic energy, we could extract information about decades-worth of corrosion in a minute,” said Hisato Yamaguchi, a lead Los Alamos National Laboratory scientist for this research. “We create a portion of air artificially, including oxygen with a physics-defined energy distribution, and expose that to graphene-protected metals.”

The kinetic energies of the majority of oxygen gas molecules takes decades to produce rust in metals. However, the main source of the rusting is likely due to a slight proportion of the natural oxygen that has higher kinetic energy in the physics-defined energy distribution.

“Comparisons between our experimental and simulation results indicate that the oxygen-permeation process through graphene is drastically different for those molecules with and without the addition of a slight kinetic energy. This allows us to create artificial conditions that enable accelerated corrosion testing,” Yamaguchi said.

Corrosion of metal products in the U.S. alone is estimated to cost about 3% of the gross domestic product and likely drains trillions of dollars from the global economy.  Fortunately, the insights revealed in the recent analysis show that oxygen gas molecules permeate through graphene freely and non-destructively when they are imparted with additional kinetic energy, allowing analysis of the graphene treatment’s effectiveness at blocking rust.

They also report that graphene acts as a very good barrier against oxygen when the oxygen gas molecules are not impacted with a kinetic energy. Additionally, the research journal chose the paper’s graphic showing oxygen gas molecules (non-glowing red spheres) being bounced away by graphene (gray spheres) as the journal’s cover illustration.

Funding: This work was supported by the U.S. Department of Energy Office of Science, and JSPS KAKENHI.