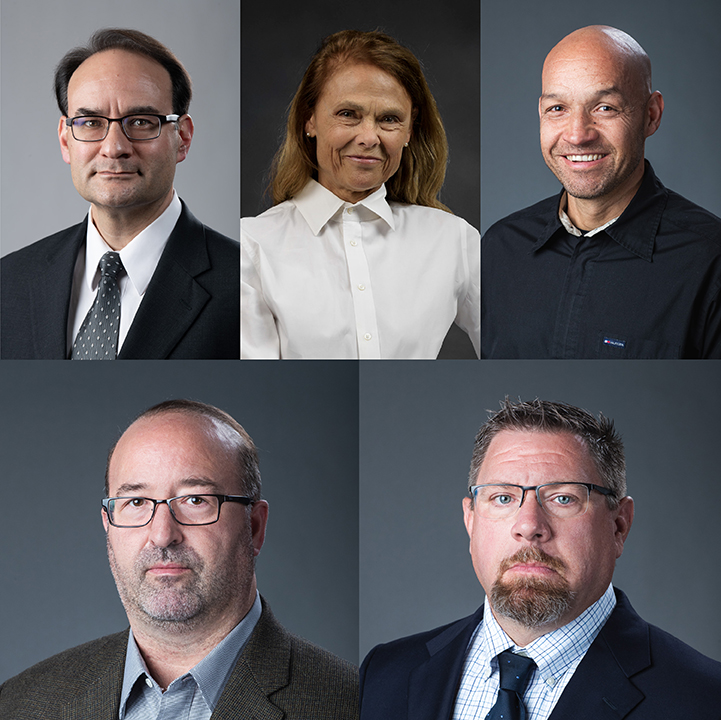 “I congratulate each of this year’s Fellows’ Prize recipients for their contributions to research and leadership,” said John Sarrao, deputy Laboratory director for Science, Technology and Engineering. “Tariq has made significant contributions to the field of shock physics, and Anemarie, Juan, Brian and Rob are all effective and externally visible leaders who have helped advance our programs and develop future staff in subcritical diagnostics, remote sensing capabilities, light-source utilization and bioassay methodologies, respectively.”

Tariq Aslam of the Physics and Chemistry of Materials group was awarded the Fellows’ Prize in Research for his seminal contributions in two areas: to the field of detonation shock dynamics and for developing advanced numerical methods that improve algorithms in reactive flow and hydrodynamics — both central to the mission of the Laboratory. Aslam made these contributions through sustained collaboration with applied mathematicians, experimental groups, weapons engineering divisions at the Laboratory and academia.

Anemarie DeYoung of the Applied and Fundamental Physics group received the Fellows’ Prize in Leadership for the success of the Neutron Diagnosed Subcritical Experiments (NDSE), and her role in leading her team to rise to a significant level of scientific and technical achievement. Through DeYoung’s scientific leadership and persistence, the NDSE concept has gone from a long-considered idea to a reality that is now contributing significantly to the nation’s stockpile stewardship program.

Juan G. Duque of the Physical Chemistry and Applied Spectroscopy group received the Fellows’ Prize in Leadership for growing and invigorating the Laboratory’s capabilities in remote sensing. He has championed a new experimental capability at Water Canyon and Canyon View outdoor test sites and has planned and executed several field campaigns, frequently involving highly hazardous materials, with multiple participants and safety requirements. He has nurtured and built careers of several postdoctoral fellows and early career scientists.

Brian Jensen of the Shock and Detonation Physics group received the Fellows’ Prize in Leadership for exceptional leadership of many multi-organizational project teams that includes the development of the Dynamic Equation of State facility, and development of impact systems at a synchrotron source resulting in Defense Program Awards of Excellence, Distinguished Performance Awards and many publications. He has been instrumental in recruiting to maintain both the scientific and technical staff necessary to continue this success.

Robert Steiner of the Nuclear and Radiochemistry group received the Fellows’ Prize in Leadership for his sustained excellence in leadership at Los Alamos. He has grown Clean Chemistry into an organization recognized as one of the best ultra-trace radiochemistry and mass spectrometry operations in the world. His success has centered on his role as Los Alamos’ Bioassay Project leader, where he brought the most advanced, highest-sensitivity methods into a program critical to protecting worker health and safety.