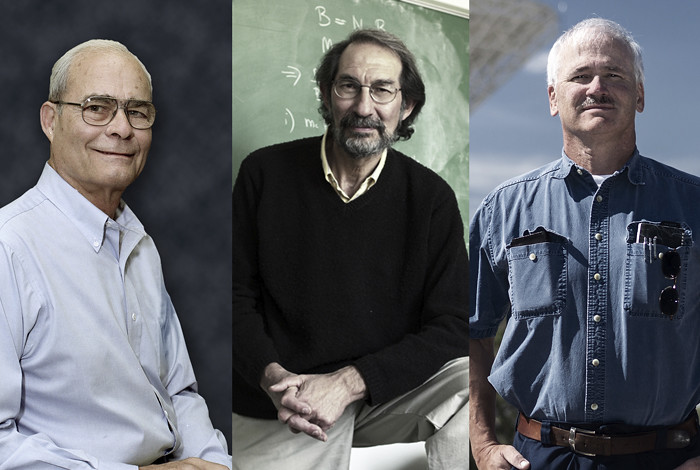 Los Alamos National Laboratory today announced that three individuals have been awarded the Los Alamos Medal, the Laboratory’s highest honor, for groundbreaking contributions to science and national security. John M. Pedicini, Paul Whalen and Geoffrey West were selected for their distinguished achievements that have impacted the success of the Laboratory, either through mission accomplishments or enhancing the Laboratory’s distinction.

“Ever since the Los Alamos Medal was established in 2001, it has been bestowed on only a few individuals whose contributions have greatly impacted the Laboratory’s mission and future path and, by extension, national security,” said Terry C. Wallace, Jr., director of Los Alamos National Laboratory. “Drs. Pedicini and Whalen are weapon designers and, as such, much of their work is not known to the outside world—yet they have made enormous contributions to national security. Dr. West’s work in scaling theory is world-renowned and has fundamentally changed multiple scientific disciplines. The Los Alamos Medal is an opportunity to acknowledge their powerful impacts and their commitment to the Lab’s guiding principles of honor, integrity and service.”

An awards ceremony to recognize the recipients will be held in early 2019.