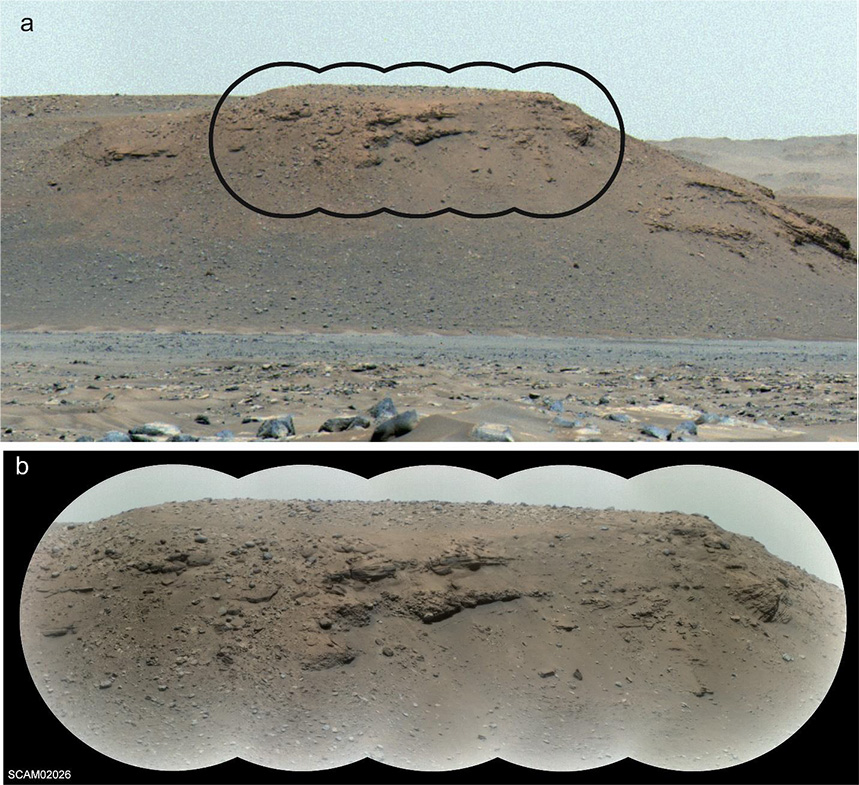 LOS ALAMOS, N.M., Oct. 11, 2021-New images from the Perseverance mission show evidence of delta and flood deposits in Jezero Crater on Mars, indicating that there were massive flash floods as well as periods of stability on the Red Planet. The deltas are an ideal place to search for signs of ancient life.

“These images show large boulders that have been washed down the river. They could have only been moved by powerful flood waters,” said Roger Wiens, principal investigator for SuperCam at Los Alamos National Laboratory. “The location of the boulders also tells us that the lake was not full at the time of the flash floods, indicating fluctuating water levels. This could mean Mars experienced changes in climate over time.”

The key images were taken at a distance of nearly 1.4 miles (2.2 km) by the Remote Micro Imager on the SuperCam instrument, which provides crucial information for the mission. These results, published in Science, highlight the long-range imaging capability of SuperCam, Wiens said. The first author of the paper, Nicolas Mangold, is part of the SuperCam team in France.

The images taken by SuperCam also help the Perseverance mission decide where to collect samples that will be returned to Earth for analysis.

The Jezero Crater has a prominent delta at its western edge. A delta forms when a river carries sediments into a slower-moving body of water, such as a lake. Over time, the sediments build up and form a delta. These sediment deposits are promising targets for the search for ancient biosignatures and organic matter and are good places to collect samples of Martian rocks for return to Earth.

One of the main objectives of the Perseverance mission is the search for signs of ancient microbial life. The rover will characterize the planet’s geology and past climate and help lead the way for human exploration. The rock samples collected will eventually be returned to Earth by future NASA missions.

“The delta with its clay-rich sediments is one of the main targets of the Perseverance mission,” Wiens said “We expect the rover to reach the delta some months from now, when some of the most important samples will be collected. In the meantime, these long-range images give us important clues of what we will find when we get there.”