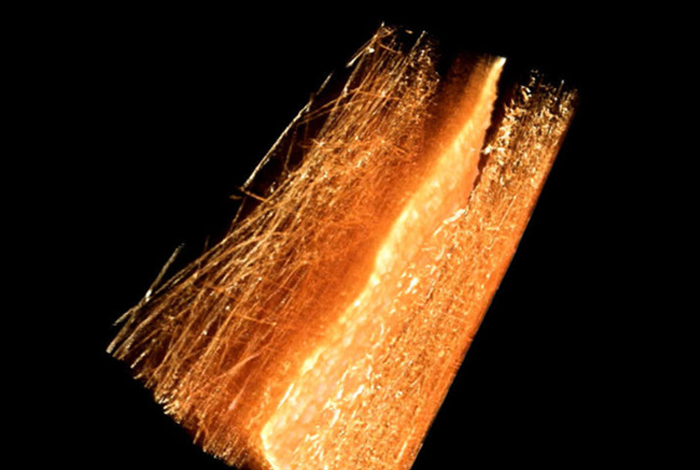 LOS ALAMOS, N.M., Oct. 8, 2020—Representing hydrogen's atomic weight of 1.008, National Hydrogen and Fuel Cell Day is Thursday, October 8. As part of the government effort to drive improvements in hydrogen and fuel cell work, several new consortia have been awarded, and Los Alamos National Laboratory scientists co-lead two of them, partnering on a third.

As stated in a DOE press release, “Hydrogen and fuel cell technologies have the potential to enable resiliency, energy security, and economic growth across multiple sectors,” said Under Secretary of Energy Mark W. Menezes.

The new consortia, funded by the DOE’s Hydrogen and Fuel Cell Technologies Office within the Energy Efficiency and Renewable Energy Office, will kick off in early 2021. The three multi-laboratory consortia support EERE’s H2@Scale vision and will include approximately $109 million in R&D government funding over 5 years.

“Los Alamos National Lab is proud to be involved in these three consortia, both as co-leads and as a partner,” said Rod Borup, program manager. “These are the joint research projects that address both near-term commercialization needs, and the longer-term R&D which will make fuel cells competitive to today’s internal-combustion engines in terms of efficiency, overall cost of ownership, and importantly, zero-emissions.”

The first of the consortia, the Million Mile Fuel Cell Truck (M2FCT), is co-led by Los Alamos and Lawrence Berkeley National Laboratory. The M2FCT is funded over 5 years at $10M/year ($50M total). Additional partners on the project are Oak Ridge, Argonne, Brookhaven, and Pacific Northwest national laboratories, as well as the National Renewable Energy Laboratory and the National Institute of Standards.

The second of the LANL-led consortia is ElectroCat 2.0, co-led by Los Alamos and Argonne, this is the second iteration of a 3-year, $3M/year ($9M total). Oak Ridge and the National Renewable Energy Laboratory are also partners on the program. This research effort seeks to continue the existing ElectroCat Consortium based on its widely recognized success and world-class capabilities developed during its first phase. This will focus on the most promising approaches for platinum-group-material (PGM)-free catalysts that can meet both the durability required in heavy duty applications as well as cost, efficiency and other key metrics.

A third consortium, H2NEW (H2 from the Next-generation of Electrolyzers of Water) is co-led by National Renewable Energy Laboratory and Idaho National Laboratory, with Los Alamos participating along with Berkeley, Argonne, Oak Ridge, Pacific Northwest, and Livermore national laboratories. It is funded over 5 years, at $10M/year ($50M total consortium). The large-scale production of hydrogen by electrochemically splitting water into hydrogen and oxygen via electrolysis using low-cost renewable energy is a key enabler of the H2@Scale vision to enable affordable hydrogen production, distribution, storage and utilization across multiple applications. This topic marks the official launch of the ‘H2NEW’ consortium, a comprehensive, concerted effort focused on overcoming technical barriers to enable affordable, reliable and efficient electrolyzers. Both high- and low-temperature electrolyzers will have roles in enabling the efficient and affordable production of hydrogen in a future clean energy economy.