New information could help improve the reliability of communications 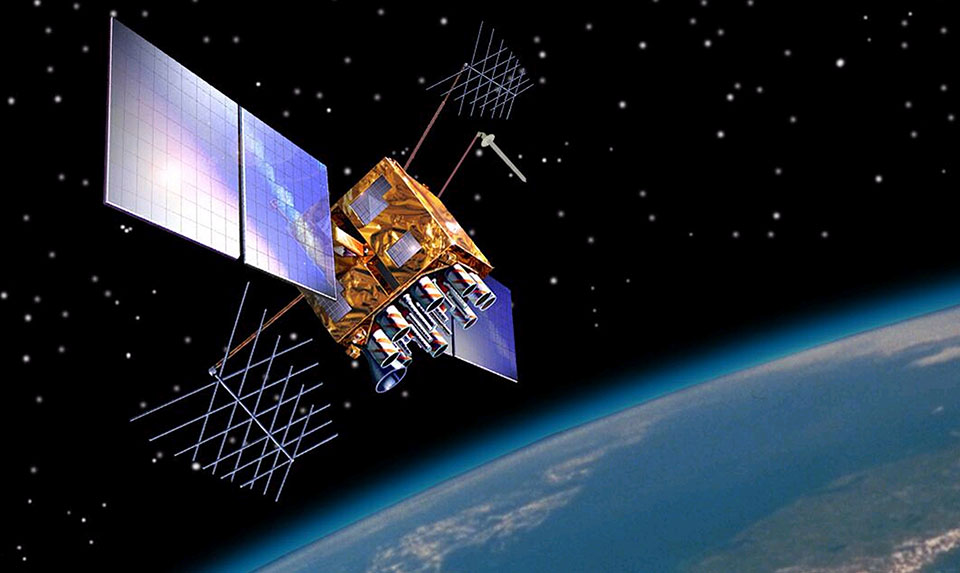 The Global Positioning System (GPS) is a constellation of satellites orbiting the Earth approximately 11,000 miles in space. The GPS satellites in this animation are not drawn to scale. However, their orbits and orientation to the Earth are approximately correct. GPS satellites are organized into six different orbital paths completely covering the Earth. Looking at the Earth top down from the North Pole, the six orbits are spaced at 60-degree intervals. Looking at the Earth from the equator, each orbit is moderately tilted at 50 degrees. Credit: NOAA

Los Alamos, N.M., Oct. 6, 2021—A new data source to help scientists better understand the ionosphere and its potential impact on communications and positioning, navigation, and timing—an essential utility for many critical operations—is now available to the public. The data, which was collected by sensors on GPS satellites in 2018, was released today through a collaborative effort by Los Alamos National Laboratory and the National Oceanic and Atmospheric Administration (NOAA).

“Radio signals from satellite or ground-based transmitters can travel through the ionosphere or bounce off of it, so ionospheric conditions have the potential to disrupt communications depending on the density of electrons,” said Erin Lay, a remote-sensing scientist at Los Alamos who was a technical lead on the project. “This new set of data will help us better model and predict the behavior of the ionosphere and possibly improve the reliability of our communications and positioning, navigation, and timing services, which are critical for both everyday life and national security.”

The ionosphere is the boundary between Earth’s atmosphere and space, stretching approximately 40 to over 250 miles above Earth’s surface. It is composed of tenuous atmosphere and charged particles (ions and electrons) that interact with traversing radio waves. The behavior of the ionosphere reacts to weather on Earth, such as thunderstorms, wind, and hurricanes, as well as space weather created by solar winds impacting Earth’s magnetic field.

The new data comes from unique measurements of lightning events, each of which produces a flash of radio waves that gets dispersed through the ionosphere before it is detected on satellite receivers. Each measured flash provides a snapshot of the ionospheric conditions at that instant, and many lightning measurements accumulated over time provide a unique view of ionospheric weather. This is the first-ever global set of ionospheric electron density data to use a naturally occurring source phenomena.

Prior to this release, the data available to feed ionosphere models was primarily from arrays of ground-based receivers, which are limited because they only monitor fixed locations. According to Lay, “the new data is gathered from lightning that happens all over the world and will give scientists the opportunity to study the ionosphere in ways previously not possible.”

The release of underutilized data sets was a priority established in the 2019 National Space Weather Strategy and Action Plan. Los Alamos processed the data from its radio-frequency sensors that are onboard GPS satellites and used for nuclear treaty monitoring, and then worked with a government interagency group, called the Space Weather Operations, Research, and Mitigation (SWORM), to facilitate public release. NOAA’s National Centers for Environmental Information will host the data on existing sites that serve terrestrial weather and space weather resources.