New algorithm could unleash the power of quantum computers 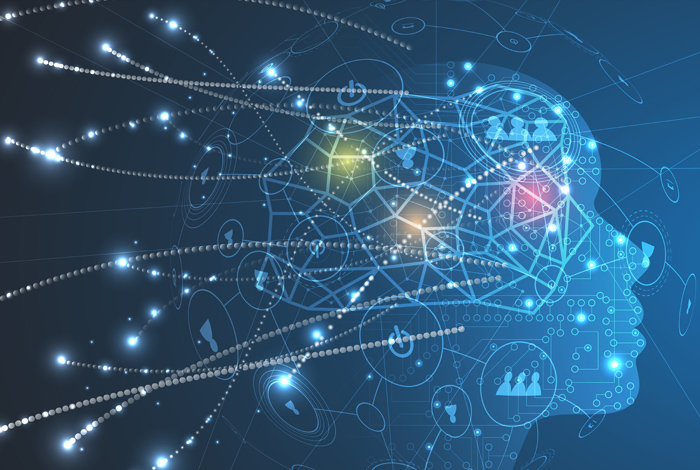 LOS ALAMOS, N.M., Oct. 5, 2020—A new algorithm that fast forwards simulations could bring greater use ability to current and near-term quantum computers, opening the way for applications to run past strict time limits that hamper many quantum calculations.

“Quantum computers have a limited time to perform calculations before their useful quantum nature, which we call coherence, breaks down,” said Andrew Sornborger of the Computer, Computational, and Statistical Sciences division at Los Alamos National Laboratory, and senior author on a paper announcing the research. “With a new algorithm we have developed and tested, we will be able to fast forward quantum simulations to solve problems that were previously out of reach.”

Computers built of quantum components, known as qubits, can potentially solve extremely difficult problems that exceed the capabilities of even the most powerful modern supercomputers. Applications include faster analysis of large data sets, drug development, and unraveling the mysteries of superconductivity, to name a few of the possibilities that could lead to major technological and scientific breakthroughs in the near future.

Recent experiments have demonstrated the potential for quantum computers to solve problems in seconds that would take the best conventional computer millennia to complete. The challenge remains, however, to ensure a quantum computer can run meaningful simulations before quantum coherence breaks down.

“We use machine learning to create a quantum circuit that can approximate a large number of quantum simulation operations all at once,” said Sornborger. “The result is a quantum simulator that replaces a sequence of calculations with a single, rapid operation that can complete before quantum coherence breaks down.”

The Variational Fast Forwarding (VFF) algorithm that the Los Alamos researchers developed is a hybrid combining aspects of classical and quantum computing. Although well-established theorems exclude the potential of general fast forwarding with absolute fidelity for arbitrary quantum simulations, the researchers get around the problem by tolerating small calculation errors for intermediate times in order to provide useful, if slightly imperfect, predictions.

In principle, the approach allows scientists to quantum-mechanically simulate a system for as long as they like. Practically speaking, the errors that build up as simulation times increase limits potential calculations. Still, the algorithm allows simulations far beyond the time scales that quantum computers can achieve without the VFF algorithm.

One quirk of the process is that it takes twice as many qubits to fast forward a calculation than would make up the quantum computer being fast forwarded. In the newly published paper, for example, the research group confirmed their approach by implementing a VFF algorithm on a two qubit computer to fast forward the calculations that would be performed in a one qubit quantum simulation.

In future work, the Los Alamos researchers plan to explore the limits of the VFF algorithm by increasing the number of qubits they fast forward, and checking the extent to which they can fast forward systems. The research was published September 18, 2020 in the journal npj Quantum Information.