Experiment searches for physics beyond the Standard Model 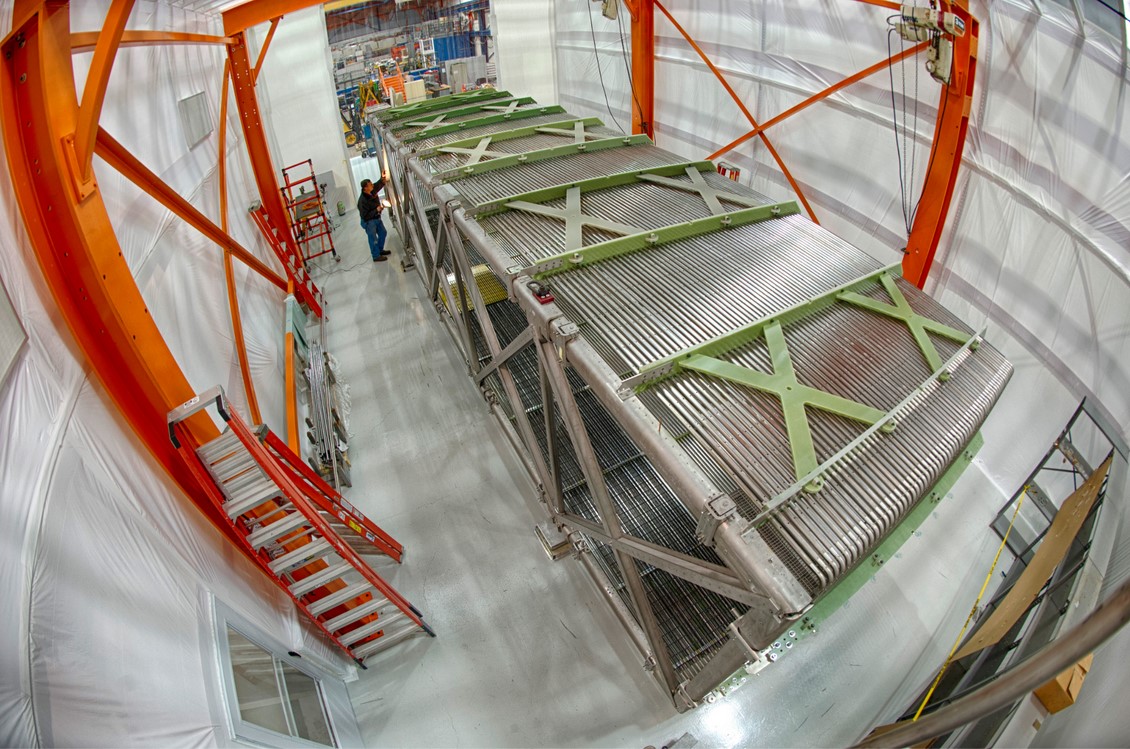 The first results from the Micro Booster Neutrino Experiment (MicroBooNE)—an experiment studying an elusive particle called a neutrino —were announced at the Fermi National Accelerator Laboratory (Fermilab) joint theory-experiment seminar last week. These results are the first in a series of measurements aiming to address the long-standing Mini Booster Neutrino Experiment (MiniBooNE) anomaly.

“This is a very exciting moment. This result and upcoming results from MicroBooNE are a culmination of years of dedicated effort by the collaboration to reach where we are now,” said Sowjanya Gollapinni, of the Physics Division at Los Alamos National Laboratory.

Like MiniBooNE, MicroBooNE is also located at Fermilab on the booster neutrino beamline. The goal of the MicroBooNE experiment is to address the anomalous excess of electromagnetic events observed by MiniBooNE, and definitively resolve if the excess is due to electrons or photons.

“The MiniBooNE excess, after 14 long years, still remains unexplained. Depending on the nature of the excess, the cause can range from unknown standard-model backgrounds, to yet undiscovered beyond-standard-model processes including sterile neutrinos, the latter of which would be a breakthrough discovery in physics,” said Gollapinni.

Compared to MiniBooNE, which is a Cherenkov detector, MicroBooNE uses superior detector technology, liquid argon time projection chamber (LArTPC) technology, to differentiate electrons from photons which is key to resolving the MiniBooNE excess. These LArTPCs are imaging detectors that produce photographic images of neutrino interactions in liquid argon with high resolution and unprecedented detail.

Different hypotheses about the source of the excess (electron-like or photon-like) are targeted by different MicroBooNE analyses. The first results released by MicroBooNE last week tested the MiniBooNE Low Energy Excess under a photon-like hypothesis, which asked: Is the excess caused by neutrino interactions that produce single photons?

This first measurement, which is a joint effort between Los Alamos National Laboratory and Columbia University, uses about half of the neutrino beam data collected by MicroBooNE. The data was analyzed to look for an anomalous excess of neutrino interactions producing a single photon with or without a proton. The team looked for neutral current scattering of neutrinos on an argon nucleus, momentarily producing a Delta baryon which then subsequently decays radiatively to a proton or neutron, and a single photon.

“No evidence of anomalous single-photon production with a Delta radiative signature was observed in MicroBooNE, and as a result this particular process as a cause for MiniBooNE Low Energy Excess was strongly disfavored,” said Gollapinni, who co-led the analysis. Gollapinni and her team made key contributions to the analysis leading to these first results.

“This is a significant milestone not just for the global particle physics community but also for Los Alamos, which has a rich history in neutrino research,” said Toni Taylor, associate Laboratory director of Physical Sciences. “This is a very exciting time in neutrino physics and MicroBooNE’s journey to uncover the MiniBooNE mystery has just started.”

Three complementary searches aiming to test the MiniBooNE anomaly under an electron-like hypothesis are well underway and the collaboration is gearing up to release them by the end of October.

“This result is just the beginning and we have only excluded one single process as the culprit behind MiniBooNE’s anomalous excess,” said Gollapinni. “There are many other rare and exotic processes that are still viable and should be tested with full MicroBooNE dataset; these will be the focus of future analyses at MicroBooNE.”

Funding: This work supported by the U.S. Department of Energy, Office of Science and the Los Alamos National Laboratory Directed Research and Development fund.

The MicroBooNE collaboration comprises 178 scientists and engineers from 36 institutions in the United States, Switzerland, United Kingdom, Spain, and Israel.