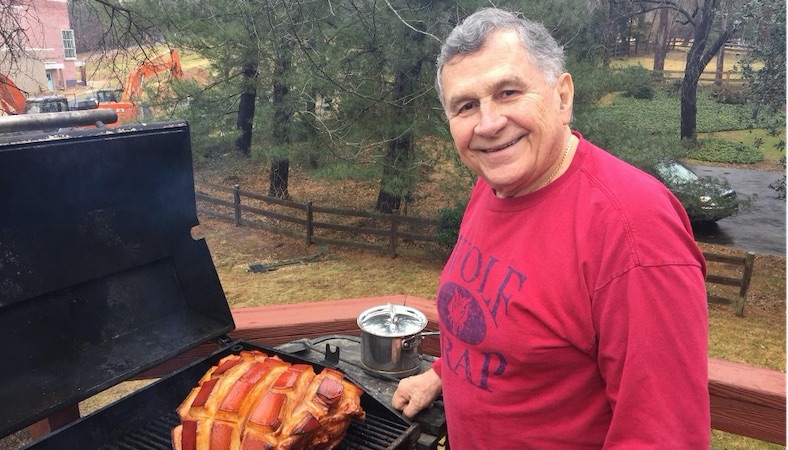 Chavez moved to Los Alamos as a child in 1943 when his father got a job as a heavy-duty operator during the Manhattan Project era, which was the U.S. government’s top-secret effort to create the first-ever atomic weapons to help end World War II.

In his conversation with Madeline Whitacre, an archivist-historian with the National Security Research Center (the Lab’s classified library), Chavez shares his memories of living in wartime Los Alamos, including selling newspapers at one of the Lab’s technical areas to Director J. Robert Oppenheimer, who was a regular customer and always gave Chavez a nickel or dime tip, and how his mom traded cooking lessons for his English lessons from the scientists’ wives.

Chavez worked for LANL while he was earning his degree from Eastern New Mexico University and later joined the CIA. Today, Chavez is retired and lives in Maryland.

Dimas Chavez moved to Los Alamos as a child when his father took a job here in 1943 with the then-secret Lab. In commemoration of National Hispanic Heritage Month, Chavez shared memories of learning English, the widespread popularity of his mom’s traditional cooking and working at the Lab himself.