Path to success: Bethany Wells makes the move from intern to engineer 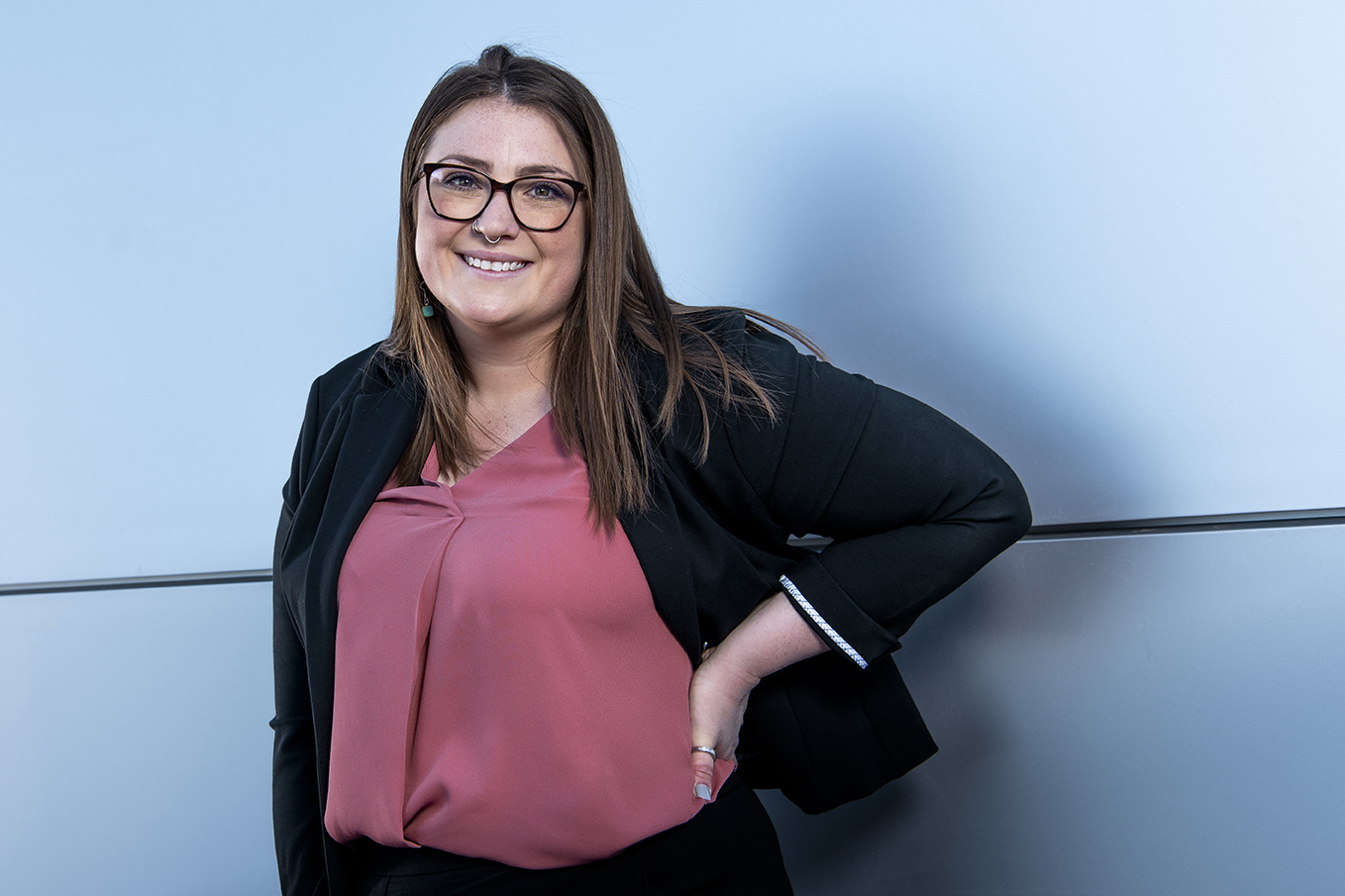 When former UNM student Bethany Wells sat down to visit with her roommate’s parents nearly two years ago, she had no idea that this casual conversation would lead to her landing a dream job immediately after graduation. But, when your roommate is the daughter of two LANL employees, it makes sense that the conversation would eventually turn to career prospects in Los Alamos.

As luck would have it, Bethany’s roommate during her senior year at UNM was Emily Hopkins, whose parents, John and Jennifer Hopkins, both work in the Capital Projects directorate. When John heard that Bethany was about to begin her senior year as a Construction Management major, he enthusiastically suggested that she apply for an internship at LANL while she finished her studies. Bethany did just that, and she started to work as an undergraduate intern in February 2020.

Bethany continued to work and study throughout the remainder of her senior year at UNM, where she graduated with a B.S. in construction management (with a minor in management) in December 2020. Her seamless conversion to full-time employee was almost immediate, as she began her role as a project controls engineer within days of her graduation.

From forensic pathology to construction management…how’s that?

Originally, Bethany wanted to be a forensic pathologist. The Montrose, CO native even worked as an intern at the morgue in her hometown during high school to get a feel for that line of work. In fact, her first three semesters at UNM were in the Med Lab Science program. However, she eventually realized that she did not want to continue on the path to nursing school, so she switched her major to construction management.

“I have an uncle who’s an estimator for concrete companies,” Bethany explained. “I would talk to him about his work, and I was always really interested in what he had to say. And, I loved to help my dad out with projects around the house. Since I took some shop classes in middle- and high-school — I’ve always loved working with my hands — I could actually be helpful. And it was fun!”

But the epiphany to make the move to construction management came while on a flight several years ago. In 2016, Bethany sat next to a woman on the plane who happened to be an engineer. As she listened to the woman talk about her work, the lightbulbs went off for Bethany – she knew then that engineering is what she was meant to do. And, since she’s not a huge fan of math- and physics-laden courses of study, she opted to forgo civil engineering and, instead, study construction management.

Now, five years later, she knows that LANL is where she wants to stay.

“I want to stay at LANL — my management team is an absolute dream,” Bethany said. “For this to be the very beginning of my career and to have so much support…it’s incredible! They believe in me more than I believe in myself — it’s something I’ve never had in a management team before.”

Bethany credits her team leader, Anne Aboushousha and their supervisor, Mike Solano, for instilling the enthusiasm and desire to continue learning and growing within Capital Projects.

“Mike told me that as soon as he sees that I’m comfortable, he’s going to throw another challenge at me. Which I love! I always want to be challenged and keep learning. My plan is to work in Small Projects for five years, then maybe move on to Project Management,” Bethany said.