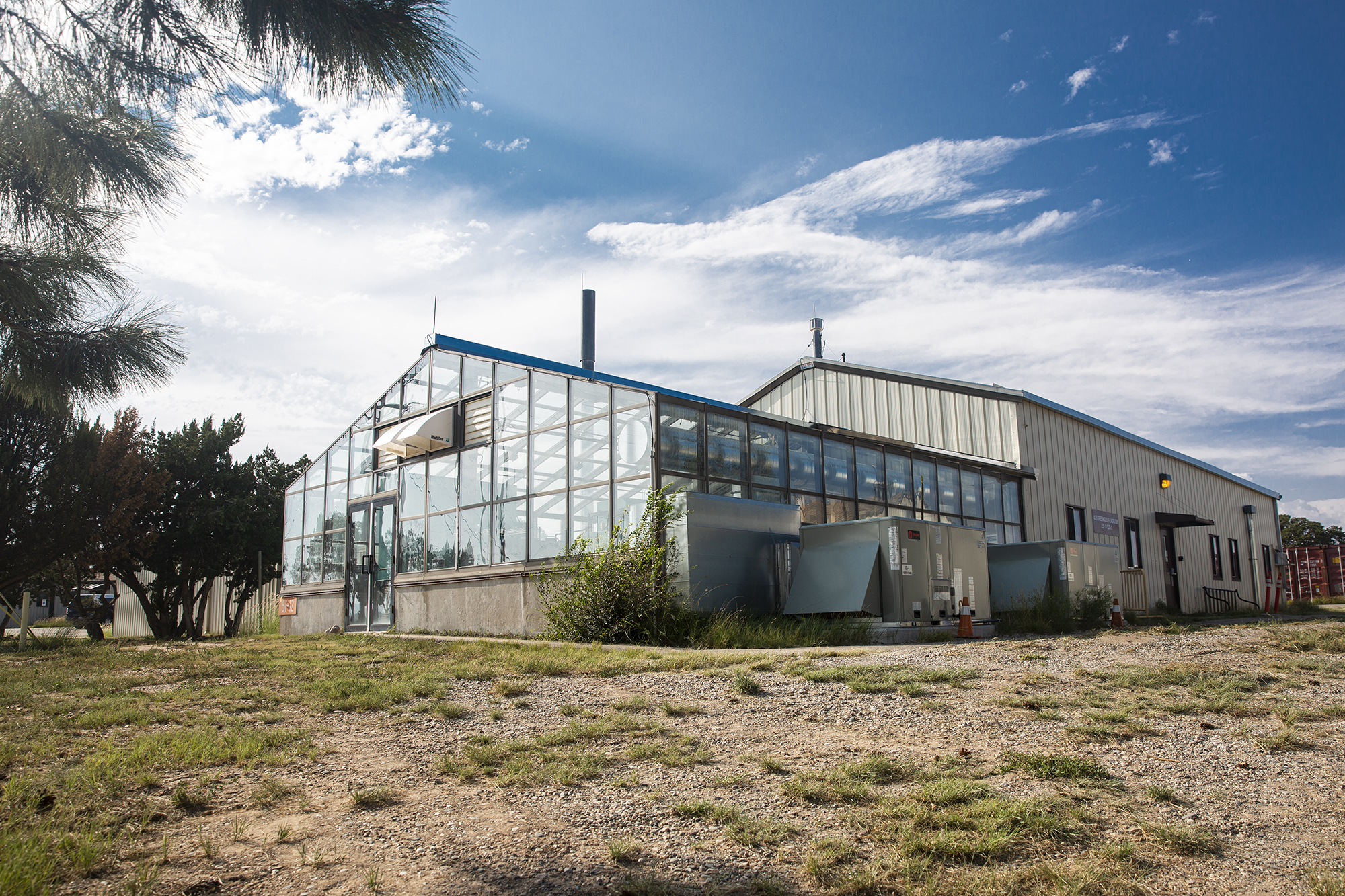 Drought seems to be a persistent reality in New Mexico and across the Southwest. While the monsoon season provided the state with much-needed precipitation — resulting in more rainfall this year than previous years — we’re still in a state of drought. (According to drought.gov, Santa Fe County received 1.11 inches more rain in July than usual, but is still considered to be in extreme drought.)

With no end in sight, farmers will continue to struggle in drought-affected areas. Scientist Sanna Sevanto, in the Laboratory’s Earth System Observations group, and her team are researching how microbial adjustments in soil can alter a plant’s physiology. Could a plant be made to require less water by adding microbes? That’s the question Sevanto is trying to answer. The team is currently studying the efficacy of two different microbiomes: one from the Crops Research Laboratory in Fort Collins, Colo., and the second from Los Alamos.

A plant, in its natural environment, is part of a rich ecosystem that includes microorganisms called microbes. These microbes include bacteria and fungi that are paramount to a plant’s growth and performance. But in northern and central New Mexico, the soil tends to be thick and clay-like, lacking in diverse microorganisms, and one of the reasons rain water infiltrates the soil so poorly. (If you’ve tried planting flowers in this type of soil, you’ve no doubt watched the flower quickly wilt.) This is one reason why it’s critical to develop methods to improve soil and drought tolerance of plants.

Sevanto and her team are introducing new microbes into a plant’s ecosystem to determine whether a plant’s physiology can be altered to become more drought resistant. Their research so far has shown it is possible; the Los Alamos based microbes made the plant grow bigger while requiring less water. Their research will continue in seeing whether a plant can be made to withstand a moderate or severe drought. With more drought resistance, plants would be better able to flourish in drier conditions, securing the food chain for years to come.