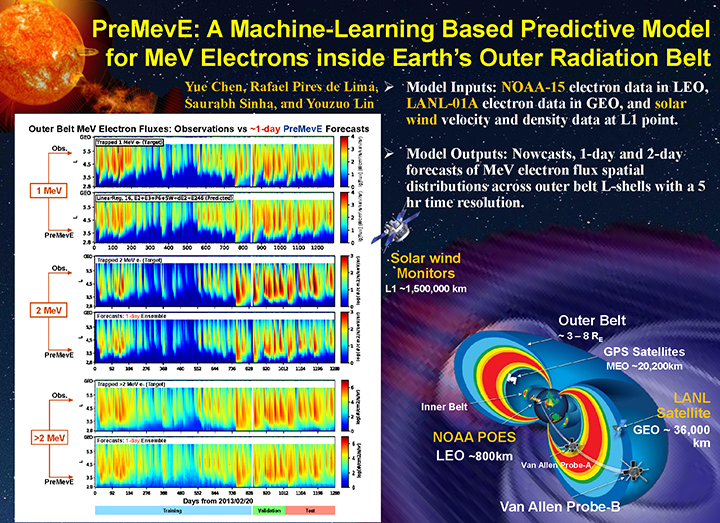 An overview of PreMevE model with essential elements presented.

Updates to a machine-learning computer model that accurately predicts radiation storms caused by the Van Allen belts give researchers more reliable two-day forecasts of the satellite-damaging radiation storms. The research was published in “Space Weather.”

High-speed electrons inside Earth's outer Van Allen belt pose a major radiation threat to satellites by disrupting their electronic components. These electrons, especially those traveling at nearly the speed of light, are of particular interest due to their high-penetrating ability; these are sometimes called killer electrons. Because of this, forecasting ultra-relativistic electrons is important to all space sectors. For example, satellites operate in orbits with high-altitude apogees are prone to severe radiation storms of killer electrons, including the navigation satellites such as GPS and communication satellites in geosynchronous orbit