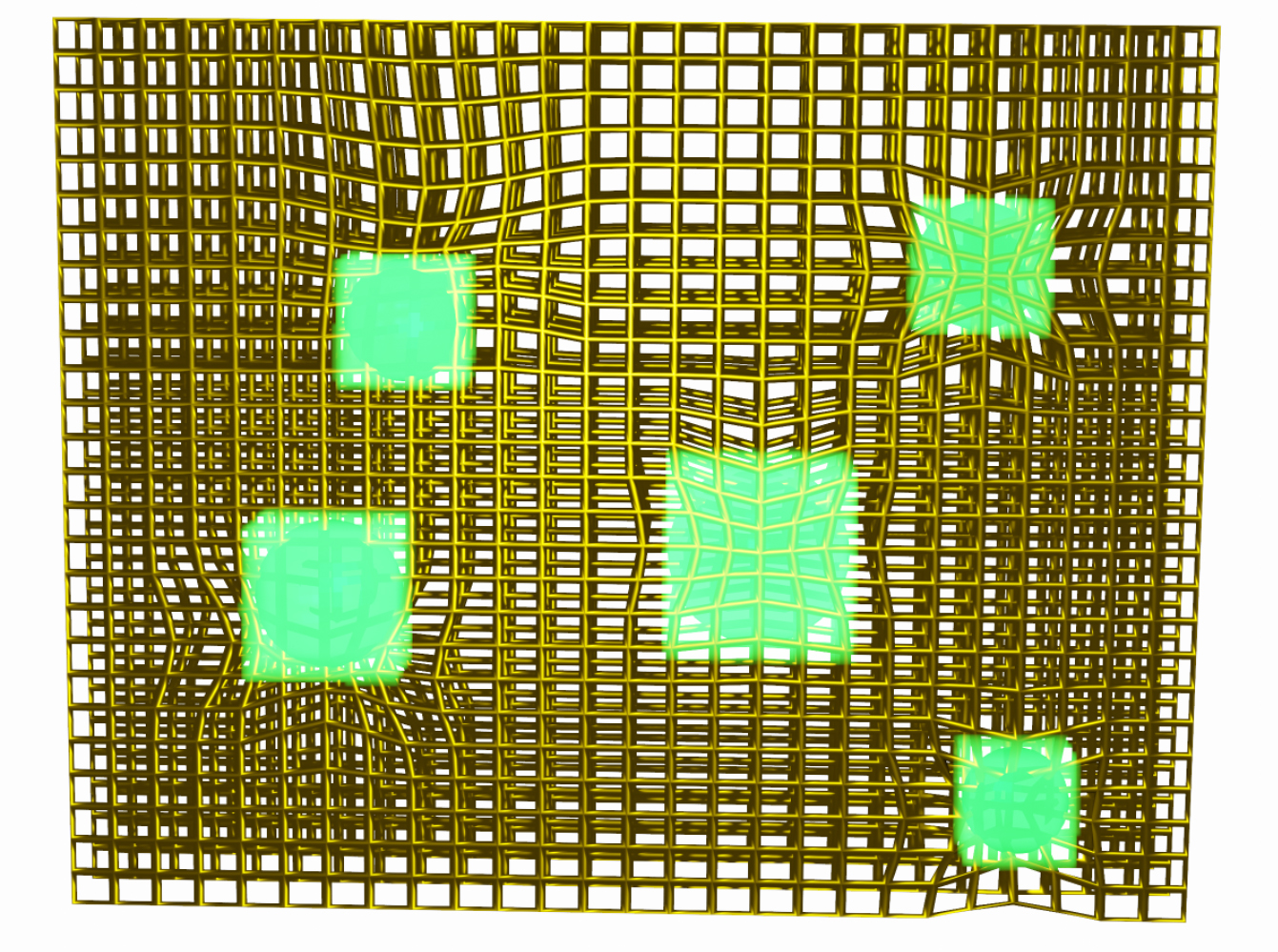 Light-emitting diodes made from perovskite nanocrystals (green) embedded in a metal-organic framework can be created at low cost, use earth-abundant materials, and remain stable under typical working conditions. The nanocrystals are suited to a variety of applications, from cell phone screens and TVs to gamma-ray detectors and x-ray–imaging devices.

LOS ALAMOS, N.M., Sept. 8, 2021—By stabilizing perovskite nanocrystals in a metal-organic framework (MOF), a research team has  synthesized light-emitting diodes (LEDs) that exploit the performance benefits of the material while avoiding previous roadblocks. Based on earth-abundant materials and fabricated at room temperature, these LEDs could one day enable lower-cost TVs and consumer electronics, better gamma-ray imaging devices, and even self-powered x-ray detectors.

“In this work, we demonstrated for the first time that perovskite nanocrystals stabilized in a MOF will create bright, stable LEDs in a range of colors,” said Wanyi Nie. Nie is a researcher for the Center for Integrated Nanotechnologies at Los Alamos National Laboratory and a corresponding author on the paper, which appeared today in Nature Photonics. “Metal-halide perovskite nanocrystals offer a continuously tunable optical band gap covering almost all the visible spectrum, meaning we can create different colors, improved color purity, and high photoluminescence quantum yield, which is a measure of a material’s ability to produce light.”

“The intriguing concept of combining perovskite nanocrystal in metal-organic frameworks has been demonstrated in powder form, but this is the first time we successfully integrated it as the emission layer in an LED,” added Hsinhan Tsai, a former J. R. Oppenheimer postdoc fellow at Los Alamos.

“The complementary expertise and state-of-the-art facilities for synthesis and optical and x-ray synchrotron characterization brought in by four U.S. Department of Energy Office of Science User Facilities—the Center for Integrated Nanotechnologies (CINT) at Los Alamos, the Center for Functional Nanomaterials (CFN) at Brookhaven, and the Center for Nanoscale Materials (CNM) and Advanced Photon Source (APS) at Argonne—were critical to this research,” said co-author Mircea Cotlet, a materials scientist in the CFN Soft and Bio Nanomaterials Group. “Our study highlights the importance of national facilities in advancing science, in this case nanoscience.”

“We attacked the stability issue of perovskite materials by encapsulating them in MOF structures,” said Xuedan Ma of Argonne National Laboratory. “Our photophysical studies show that this approach allows us to enhance the brightness and stability of the light-emitting nanocrystals substantially.”

Previous attempts to create nanocrystal LEDs were thwarted by the nanocrystals degrading back to the unwanted bulk phase, losing their nanocrystal advantages and undermining their potential as practical LEDs. Bulk materials consist of billions of atoms. Materials such as perovskites in the nano phase are made of groupings of just a few to a few thousand atoms, and thus behave differently. Perovskites are a class of material that share a particular crystalline structure giving them light-absorbing and light-emitting properties that are useful in a range of energy-efficient applications, including solar cells and various kinds of detectors.

In a novel approach, the research team stabilized the nanocrystals by fabricating them within the matrix of a metal-organic framework, like tennis balls caught in a chain-link fence. They used lead nodes in the framework as the metal precursor and halide salts as the organic material. The solution of halide salts contains methylammonium bromide, which reacts with lead in the framework to assemble nanocrystals around the lead core trapped in the matrix. The matrix keeps the nanocrystals separated, so they don’t interact and degrade. This method is based on a solution coating approach, far less expensive than the vacuum processing used to create the inorganic LEDs in wide use today.

The metal-organic framework LEDs can be fabricated to create a bright red, blue, and green light, along with varying shades of each.

In durability tests, the material performed well under ultraviolet radiation, in heat, and in an electrical field without degrading and losing its light-detecting and light-emitting efficiency, a key condition for practical applications such as TVs and radiation detectors.