‘In a user facility like LANSCE, people all learn from one another’ 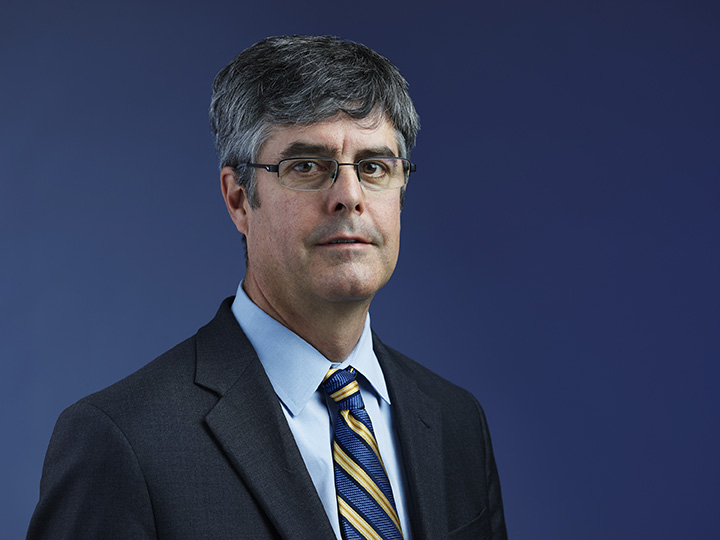 Laboratory Director Thom Mason first became involved with the Los Alamos Neutron Science Center (LANSCE) as a user at the accelerator’s Lujan Center in the 1990s, through the University of Toronto. He went on to lead the Spallation Neutron Source project at Oak Ridge National Laboratory, which included extended collaboration with LANSCE.

Here, Mason discusses the importance of LANSCE capabilities, the special research and innovation at the facility, and the bright future for the accelerator.

Editor’s note: This interview has been edited for length.

What is exciting about accelerator science? What role does it play at national laboratories?

In a way, the accelerator communities are a microcosm of the national lab experience. You need interdisciplinary teams of scientists and engineers and people focused on operations to pull these things off. As an example, if you look at the Lujan Center or any neutron facility, you have biologists, chemists, condensed matter physicists, materials scientists. A different slice of the scientific community comes together. In an academic environment people are often in their individual physics or chemistry departments and may not interact with other disciplines, even if they’re actually trying to solve similar problems.

In a user facility like LANSCE, people all learn from one another. It’s a very stimulating environment because you have perspectives of the different scientific communities and the engineering and technical support you need to pull it off. An accelerator like LANSCE offers a great exemplar of what national labs are meant to do.

Can you talk about LANSCE’s Isotope Production Facility and its important role in providing medical isotopes?

Isotope production is a slightly different character than LANSCE’s other mission activities because the isotopes tend to be relatively short-lived. One way I’ve heard it described is that you’re making ice cubes in the summer. You’ve got to get them out of the facility and distributed to the users; you really can’t stockpile them, and you can’t slow down the radioactive decay. That’s why, for example, when COVID-19 hit we were asked to continue production as a “mission-essential function.” These medical isotopes are being used to diagnose or treat disease, and you can’t stockpile them. If the facility shuts down, supply ends. We had to figure out how to run the facility safely, even if there was a pandemic.

LANSCE also contributes to the assurance of our stockpile, our deterrent capabilities. Can you talk about the role LANSCE plays in stockpile stewardship/assurance?

LANSCE is a multi-mission facility, and it produces protons that have a number of different end uses for stockpile stewardship. At the Lujan Center, neutron cross-section measurements are aimed at reducing some of the uncertainties in our ability to assess the performance of nuclear weapons. We also use the Lujan Center to study material things like residual stresses and understand a material’s performance, which can again be relevant for the stockpile.

The Proton Radiography Facility is a great example of the accelerator’s uses that it’s fair to say were never imagined when it was being built — the whole idea of optically imaging implosion with protons. But it’s turned out to be a very good way to get images, particularly of the early stages of implosion, which is important for understanding primary performance.

The Weapons Neutron Research Facility is used to qualify electronics with national security implications for things like satellites. There are so many ways LANSCE serves the national security science that is the real basis of the Lab.

Accelerators like LANSCE are also so important for basic, discovery science. As a scientist, what do you see as exciting about the capabilities at LANSCE or accelerators in general?

The thing that has proven to be the case at many accelerators, not just LANSCE, is that they are very versatile and can be adapted for new uses as good ideas happen. If you take good care of them, they are assets for the long haul. We’re doing measurements that are very fundamental in terms of neutron lifetimes and electric dipole moments that have implications for the Standard Model, all the way to our production of medical isotopes.

LANSCE is a real workhorse, well-suited to a multidisciplinary institution like Los Alamos. Our researchers in physics, in biology, in materials science, all these different disciplines — find interesting ways to make use of this facility.

LANSCE marked its 50th year this June 6. What critical roles does LANSCE continue to play in science and in national security? What are you excited about as we look to modernize the facility?

Fifty years is a double-edged sword. On one hand, it’s certainly a point of pride that the facility has been so productive in so many ways over those 50 years, going well beyond the vision Louis Rosen had as he made the case for it. But on the other hand, speaking from personal experience, you begin to show your age at 50.

While we celebrate all the great success of 50 years, it’s important to make sure we’re preparing for the coming decades by being good stewards. It’s such an important platform that we have to reinvest. We’re reliant on infrastructure that’s showing signs of increasing failure rates, which can impact reliability. Technology has improved tremendously since the early ’70s in terms of how you can operate an accelerator. If we can improve that, we’d get more productive use of the facility, and it would be less painful to tune. There are even improvements we can make with safer electrical systems and mundane things like plumbing. All of these are barriers to the safe, efficient, reliable operations that is the backbone of the science.

We like to think protons are something that just comes out of a hole in the wall, but there’s a lot of stuff behind that hole in the wall that’s starting to show its age. There’s a lot we can do that can lead to improvements over the coming decades.