Searching Mars for signatures of life

What will the new Mars rover look for to determine if life ever existed there? A new podcast episode takes a look. 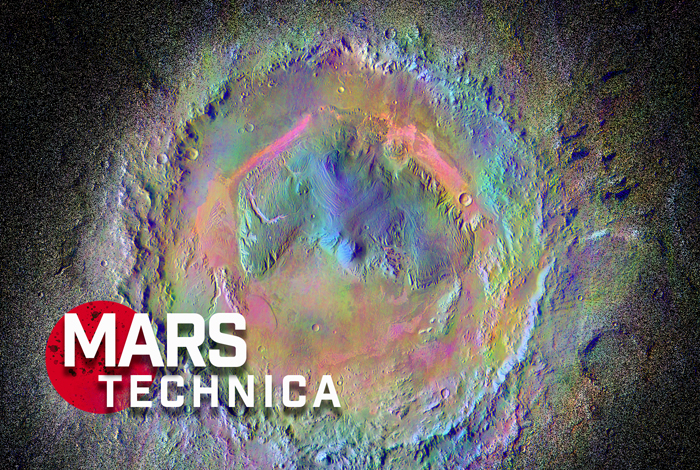 Mars Technica is a new, limited- series podcast where experts talk about the science behind the Mars Perseverance mission. Credit: NASA/JPL-Caltech/Arizona State University

LOS ALAMOS, N.M., Aug. 20, 2020—Today, Mars is an arid, dusty, and frigid landscape with an average temperature of minus 80 degrees Fahrenheit—inhospitable to life as we know it. But it wasn’t always that way. NASA’s Perseverance rover is headed straight for a spot scientists believe was an ancient river delta billions of years ago to search for signs that life once existed on the Red Planet. A new episode of the podcast Mars Technica will talk to three experts about what these signs are, and what they might mean.

“The rocks on Mars tell us that, not only did freshwater lakes once exist there, but the water was habitable,” said Roger Wiens, who leads the team for the SuperCam instrument, which is now headed to Mars aboard the Perseverance rover. “So we want to closely examine the chemistry and mineralogy of rocks on Mars to see if there are any signs that life existed there, perhaps billions of years ago.”

Wiens is joined by scientists Nina Lanza and Patrick Gasda to talk about what the new Mars rover hopes to find and how we’ll understand what it all means.

This is the fourth episode of Mars Technica, a new seven-series podcast produced by Los Alamos National Laboratory, which delves into the Lab’s role on the Mars Perseverance mission.

Upcoming episodes include more discussions about signatures of life on Mars and what secrets rock varnish might hold. You can stream episodes via the Mars Technica website.

You can also to find and subscribe to Mars Technica on Apple Podcasts, Spotify, Stitcher and Google Podcasts.