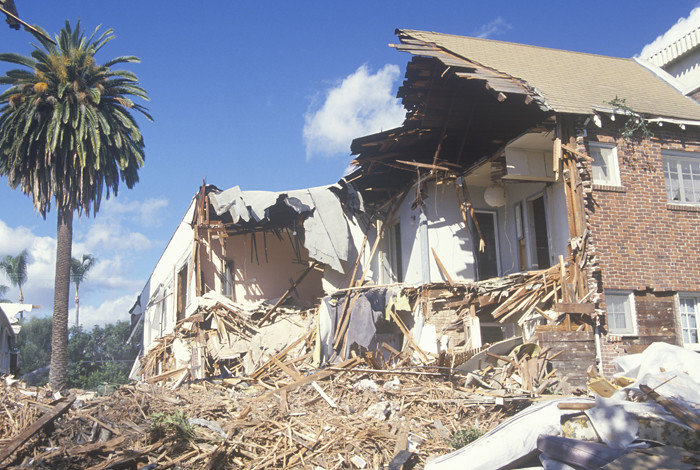 Earthquakes run in packs, but you can hear them coming, as noted in research from Los Alamos National Laboratory and California Institute of Technology.

LOS ALAMOS, N.M., July 31, 2019—New research mining data from a catalog of more than 1.8 million southern California earthquakes found that nearly three-fourths of the time, foreshocks signalled a quake’s readiness to strike from days to weeks before the mainshock hit, a revelation that could advance earthquake forecasting.

“We are progressing toward statistical forecasts, though not actual yes or no predictions, of earthquakes,” said Daniel Trugman, a seismologist at Los Alamos National Laboratory and coauthor of a paper out today in the journal Geophysical Research Letters. “It’s a little like the history of weather forecasting, where it has taken hundreds of years of steady progress to get where we are today.”

The paper, titled “Pervasive foreshock activity across southern California,” notes foreshocks preceded nearly 72 percent of the “mainshocks” studied (the largest quakes in a particular sequence), a percentage that is significantly higher than was previously understood.

Many of these foreshocks are so small, with magnitudes less than 1, that they are difficult to spot through visual analysis of seismic waveforms. To detect such small events requires advanced signal processing techniques and is a huge, data-intensive problem. Significant computing capabilities were key to extracting these new insights from the southern California Quake Template Matching Catalog, recently produced by Trugman and coauthor Zachary Ross, an assistant professor in seismology at Caltech. The template matching took approximately 300,000 GPU-hours on an array of 200 NVIDIA-P100 GPUs, involving 3-4 weeks of computing time for the final run. GPUs are special types of computers, optimal for massively parallel problems, as each GPU has thousands of cores, and each core is capable of handling its own computational thread. For perspective, a standard laptop has either 2 or 4 cores. The earthquake catalog is archived by the Southern California Earthquake Data Center.

The small foreshocks may be too difficult to discern in real time to be of use in earthquake forecasting. Another important issue is that quakes run in packs: they cluster in both space and time, so sorting the foreshocks of a particular quake out from the family of preliminary, main and aftershock rumbles of its fellow earth adjustments is no simple task.

An earthquake prediction tool is still far off, Trugman explains, and for humans who like a yes or no answer, a statistical analysis that suggests a quake’s probability is frustrating. But the potential insights and early warnings are improving, quake by quake.