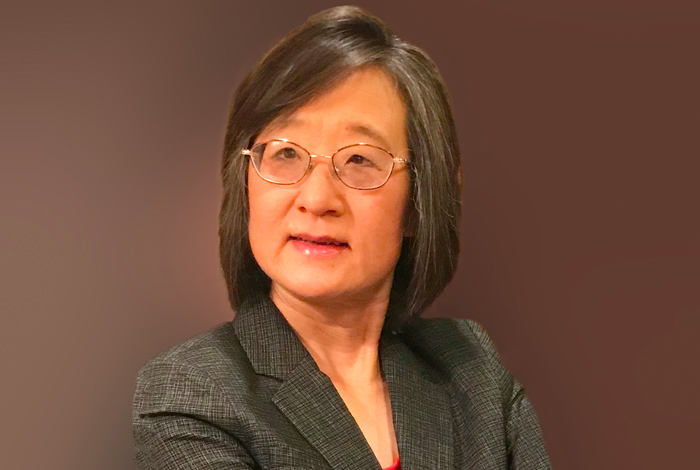 LOS ALAMOS, N.M., July 27, 2020—Ning Xu of the Actinide Analytical Chemistry group at Los Alamos has been selected as a member of the 2020 class of Fellows of the American Chemical Society (ACS). Xu is being recognized for her sustained contributions to actinide analytical chemistry in support of national nuclear defense, technical nuclear forensics, nuclear material safeguards and deep space exploration.

“Being selected as an ACS Fellow is an incredibly prestigious honor and I can’t think of anyone more deserving than Ning,” said Jeanne Robinson, acting associate laboratory director for Chemical, Life, and Earth Sciences. “She is committed to the future of chemistry at the Laboratory and gives tirelessly to the next generation of scientists through her ACS involvement.”

Xu is widely recognized at Los Alamos and by the New Mexico Section of the American Chemical Society (ACS) for her dedication to students and mentoring. The ACS recognition acknowledged her for inspiring the next generation of scientists to pursue STEM careers through chemistry education outreach and for outstanding leadership of the ACS Central New Mexico Local Section. This award is particularly competitive, and Xu becomes only the eighth individual from Los Alamos to become an ACS Fellow since the program was founded in 2008.

Her division leader, T. Mark McCleskey says, “Ning is an amazing person. She takes her passion and energy for science and uses it to inspire the next generation to take on STEM challenges.”

Rebecca Chamberlin, a colleague of Xu’s for many years and herself a Fellow of the American Chemical Society echoes these sentiments. ““Ning exemplifies the spirit of the Fellows program in her contributions to the profession and her service to the ACS community. She is an exceptional analytical scientist and technical leader who consistently strives for positive transformation: increased productivity, worker hazard reduction, and pollution prevention.”

Xu joined the Laboratory in 2006 after working for the U.S. Environmental Protection Agency National Risk Management Research Laboratory. She is an expert on the analysis of trace elements in plutonium and uranium for nuclear forensics and plutonium pit production. She has received numerous awards for technical innovations that have improved the environmental, safety and health practices of actinide analytical chemistry.

Xu holds a Ph.D. from the University of Kentucky, a M.S. from the Chinese Academy of Sciences and a B.S. from the Capital Normal University. Xu has been previously recognized with awards such as the National Nuclear Safety Administration’s Sustainability Award, several Department of Energy Pollution Prevention Awards, and an Outstanding Reviewer Award from the Journal of Radioanalytical Chemistry. She has also served as the chair of the Central New Mexico Local Section of the American Chemical Society. Her Fellows award was announced on July 27th in the ACS journal Chemical and Engineering News.

About the American Chemical Society

With more than 150,000 members in 140+ countries, the American Chemical Society (ACS) is the world’s largest scientific society and one of the world’s leading sources of authoritative scientific information. A nonprofit organization chartered by Congress, ACS is at the forefront of the evolving worldwide chemistry enterprise and the premier professional home for chemists, chemical engineers and related professions around the globe. More about the American Chemical Society Fellow program.