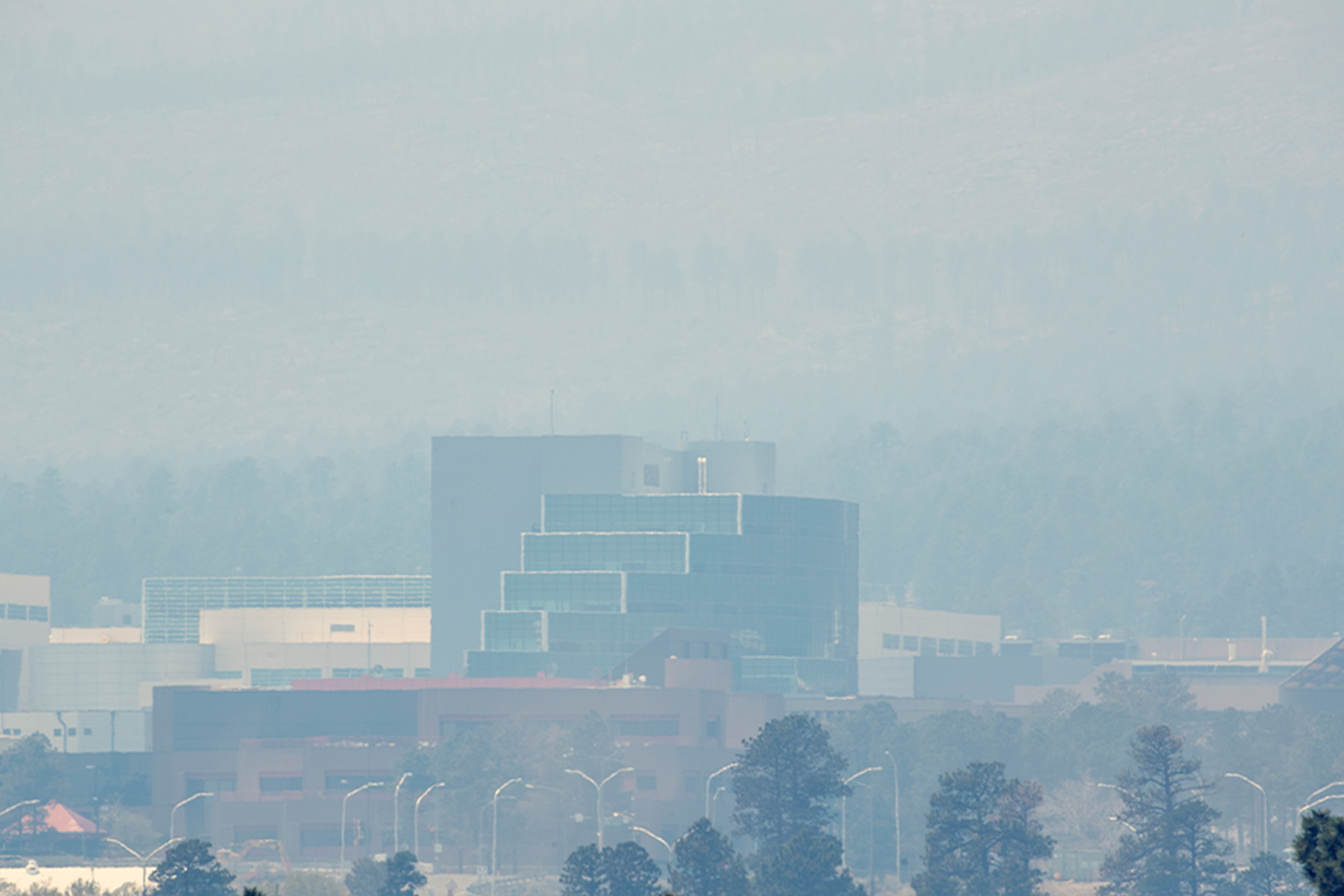 Black carbon, or soot, from wildfires, transportation and other sources has a big impact on global warming, but a data gap has prevented climate-change models from accurately representing that influence. New work by Los Alamos National Laboratory closes the gap with a simple parameter for climate models.

“Black carbon or soot is the next most potent climate-warming agent after CO2 and methane, despite a short lifetime of weeks, but its impact in climate models is still highly uncertain,” said James Lee, a climate researcher at Los Alamos National Laboratory and corresponding author of the new study in Geophysical Research Letters on light absorption by wildfire smoke. “Our research will clear up that uncertainty.”

The Los Alamos research resolves a longtime disconnect between the observations of the amount of light absorbed by black carbon in smoke and the amount predicted by models, given how black carbon is mixed with other material such as condensed organic aerosols that are present in plumes.

The team used the multi-instrument Center for Aerosol-gas Forensic Experiments (CAFÉ) at Los Alamos to sample smoke from several wildfires over two summers in the Western United States, including the nearby Medio Fire in New Mexico in 2020 and aged plumes from California and Arizona.

The CAFÉ team is now collaborating with colleagues at Pacific Northwest National Laboratory to incorporate their validated parameterizations into the Department of Energy’s Energy Exascale Earth System Model, or E3SM. This will better evaluate wildfire climate forcing and feedbacks.

“Wildfires emit soot and organic particles that respectively absorb and scatter the sunlight to warm or cool the atmosphere to a varying net effect, depending on the composition of the smoke mixture,” said Manvendra Dubey, CAFÉ director and project principal investigator at Los Alamos. “This mixing evolves over time as smoke from large megafires disperses globally. We discovered a systematic relationship between the increase in light absorption efficiency of soot with age due to the growth in organic coatings.”

The discovery accurately captures the complex sizes and structure of soot that are currently approximated in models, Dubey said.

“We are pushing to incorporate it in climate models to provide robust estimates of warming by wildfire soot, particularly in the Arctic, which is warming four times faster than the globe,” Dubey said.

“While black carbon is generally thought to cause warming,” Lee said, “its climate impact is not well known because of how it coexists with other types of particles in the atmosphere.”

That uncertainty derives partly from a lack of understanding of how black carbon light-reflecting and -absorbing properties evolve as it ages and undergoes complicated chemistry in the rapidly changing atmospheric conditions as wildfire smoke disperses. The plume can linger for months in the upper atmosphere.

During that evolution, organic aerosols form and condense around black carbon particles. Some of these aerosols focus light on the black carbon, increasing its absorption — but just how much light is absorbed depends on the size of the aerosols and how they coat the soot.

Climate models currently idealize this mixing state of smoke, Dubey said. Because the models don’t account for the variation in organic coatings based on the size of each particle, the models overestimate how much radiation is absorbed by black carbon. That leads to large uncertainties and biases in wildfire climate effects.

The Los Alamos team analyzed 60 million smoke particles gathered from CAFÉ’s 10-meter-tall sampling tower. This observational method allowed them to account for variations in the amount of organic coating on each particle — the missing piece of earlier models. With the empirical data gathered by CAFÉ, the team used existing absorption models to determine how much light energy each particle absorbed and then infer the total black carbon absorption of the plumes. Their results matched independent measurements of smoke properties made in parallel, while modeling based on the idealized black carbon particles has failed to match observations. The Los Alamos results can be scaled up to represent atmospheric plumes in global climate models.

The team found they could predict black carbon absorption amplification from the ratio of the coating material to the volume of black carbon in the plume. That simple ratio can be incorporated into complex Earth systems models for determining the climate impact of black carbon.