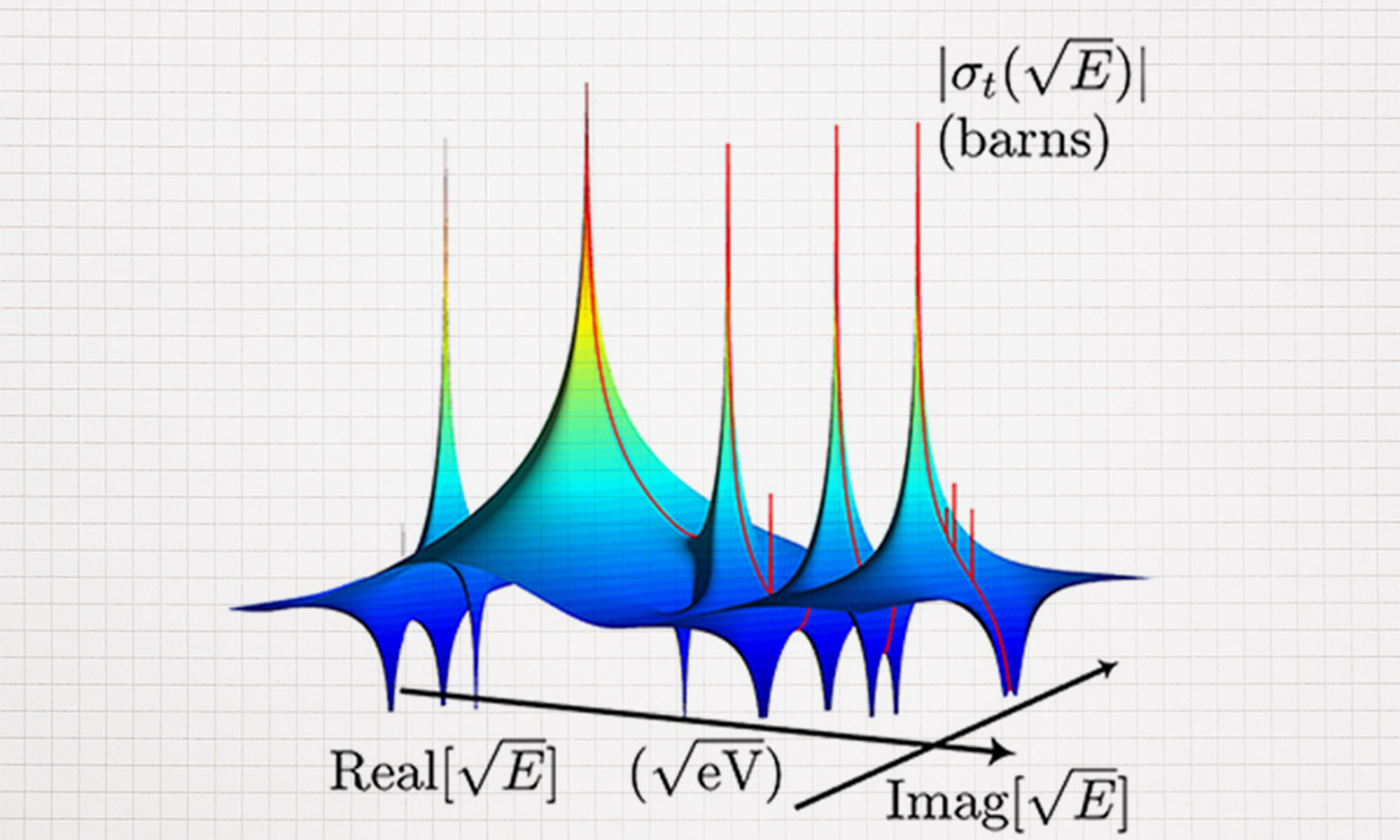 Mathematical pictures of resonances show colorful, mountain-scape-like images. Resonances are dynamical properties of reacting nuclei, which correspond to harmonics such as in a flute or organ.

New research is exploring a technique to describe nuclear reactions in a more compact way that allows faster computer programs that use significantly less memory. The work explores alternate approaches to what is known as standard R-matrix parametrization of nuclear cross sections, published in three related papers in the journal Physics Review C.

“The context of the work,” said Mark Paris, one of the two Los Alamos authors, “is that nuclear reactions drive energy production in nuclear reactors (producing electricity), the sun & other stars (producing light and other forms of energy), the early universe (producing all the visible matter we see today) and in nuclear weapons. Describing these applications requires computationally intensive codes that use nuclear physics, describing how nuclei enter into nuclear reactions and the resulting production of energy and matter (nuclei),” he said.

These reactions are described by “cross sections” that depend on how fast the reacting nuclei are moving when they collide. Cross sections give the likelihood or probability that nuclei will react, and these probabilities are calculated using advanced methods of the quantum theory called "R-matrix theory."

“Cross sections are usually stored in very long computer files with hundreds of thousands of lines,” he said, but “new methods have been developed in this trilogy of papers that allow these very long files to be condensed into just a few hundred lines.”

Items called resonance parameters take the place of those huge files, and the researchers typically need only a few hundred of these numbers (compared to files containing hundreds of thousands of lines comprising millions of numbers for the cross sections themselves).

Nuclear cross sections are computed quickly by applications codes from the resonance parameters during the execution of computer programs that describe reactors, stars, the big bang and nuclear weapons. Resonances are dynamical properties of reacting nuclei, which correspond to harmonics such as in a flute or organ.

Los Alamos computer codes, developed in Theoretical Division, determine these resonance parameters. The application computer programs for nuclear reactors, stars, the early universe and nuclear weapons are therefore significantly faster, and they use much less memory.

The research papers are by teams from Los Alamos, Massachusetts Institute of Technology and the University of Tennessee.

The trilogy of papers on Physical Review C: Shadow poles in the alternative parametrization of R-matrix theory