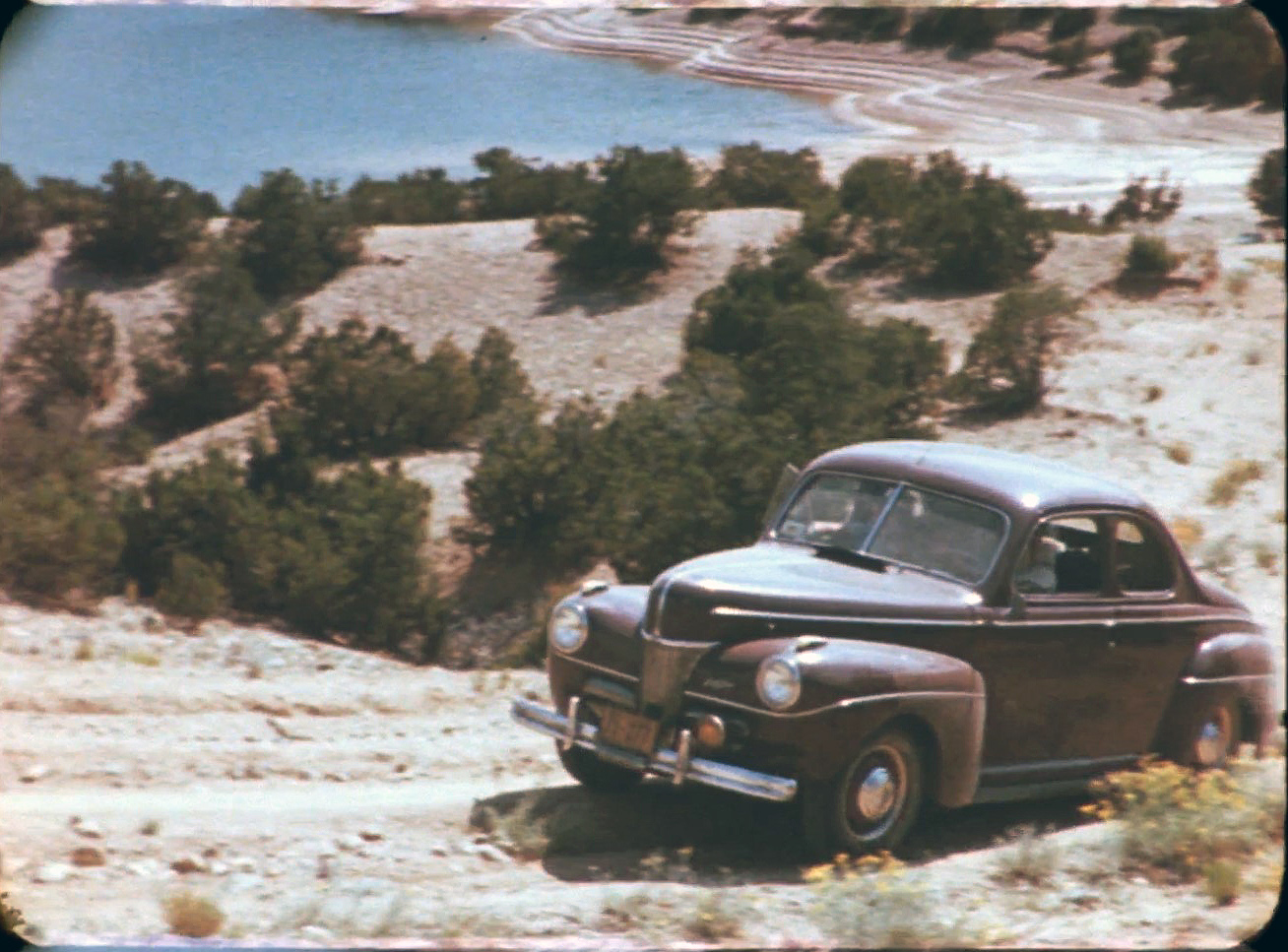 A 1940s Ford Super Deluxe Coupe, being driven on another summer adventure in New Mexico.

Working at the Lab during World War II was serious business, but even these world-changing scientists and staff found time to play during the summer months.

The National Security Research Center (NSRC), which is the Lab’s classified library and also houses unclassified artifacts from Los Alamos history, recently rescanned candid footage from two of contributors to the Manhattan Project.

The Manhattan Project was the U.S. government’s top-secret effort to create the world’s first atomic bombs to help end the war. It was also the beginning of our Lab. In the early 1940s, scientists, engineers, military members and other staff came to Los Alamos in support of the wartime effort. Among them were two employees, Hugh and Marjorie Bradner, a physicist and secretary, respectively, who took home videos of their adventures in New Mexico.

Hugh and Marjorie met at Dorothy McKibbin’s office in Santa Fe and were married at McKibbin’s home in September 1943. Their videos span much of their time here, before they moved away in April 1946. These films, which are a part of the NSRC’s collections, offer a unique look at life in Los Alamos, including summertime activities, such as hiking, swimming, horseback riding, tennis, and more, among other year round leisure activities.

This footage has been digitally available for many years, but the scan was low quality. The original color film was recently rescanned by Laura Le, an archivist at the NSRC, and used to create the photos below.

Check out some summertime scenes from the Bradner films below, and watch Part I and Part II of the rescanned film.